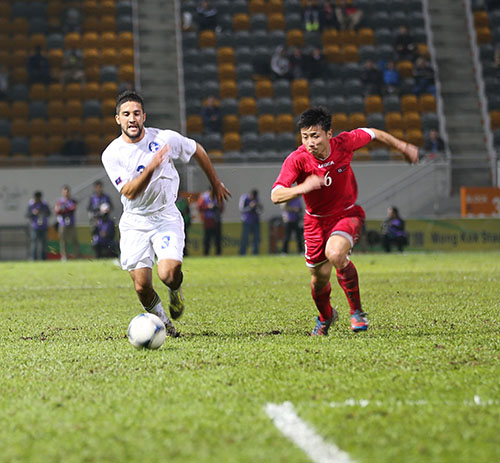 When the final whistle blew, fans were lined up near the Guam players bench eagerly awaiting to take photos with members of the Matao and for autographs in the East Asian Cup Round 2 souvenir booklets.

To the legion of Hong Kong-based football fans, the tiny island was commended on their heroics against DPR Korea – a team that played in the 2010 FIFA World Cup in South Africa – even with the final score standing at 5-0 in favor of the North Koreans on day two of the EAFF tournament.

“It’s a totally different Guam team now,” said Matao assistant coach Jimmy Okuhama after the match at Mong Kok Stadium in Hong Kong. “The difference is that we have hope now – hope to win games. Before, we were just defending. Our goal was to keep the score low. We’d play a 5-4-1 formation then compared to the 4-3-3 we played (Monday).

“I’m proud of the team and how far they’ve come. I’m of course disappointed with the loss, but I’m proud to see the drastic improvement in the team within just one year,” added Okuhama, also a former member of the Guam men’s national team.

The Matao’s Elias Merfalen came close to an early goal for Guam, reacting quickly to a soft back pass from a North Korean defender to keeper Ri Myong Guk. Though Merfalen successfully intercepted the pass, his shot sailed over the crossbar. A minute later, Merfalen found space through the middle and quickly dished a pass to Ian Adamos on the right side. Adamos opted to send the ball to Ryan Guy on the left side to finish. Though no goal was scored, the consecutive chances for Guam put the North Korean defense on high alert for the remainder of the game.

North Korea managed to score twice before the halftime whistle, first with An Il-bom capitalizing on a loose-ball scramble in front of the goal. Eight minutes later, Ri Myong-jun found the back of the net again for the North Koreans for the 2-0 halftime score.

Ri scored again for DPR Korea in the 59th minute, and teammates Pak Nam-chol and Jong Il-gwan also scored in the 82nd and 86th minute, respectively. One of Guam’s best chances for a goal in the second half came off the foot of Marcus Lopez, who broke away from North Korea’s Kang Kuk Chol to find space for the shot in the 61st minute.

Matao goalkeeper Doug Herrick recorded several key saves, including a handful of North Korean one-on-ones, delighting the spectators in attendance at the stadium. The soft, muddy ground at Mong Kok Stadium proved to be an additional opponent for the Matao as three of Guam’s starters – Merfalen, Guy and Shawn Nicklaw – were unexpectedly substituted early for precautionary measures. 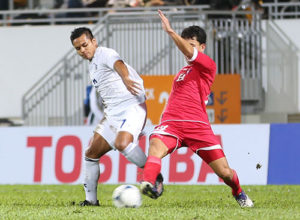 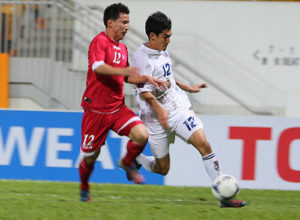 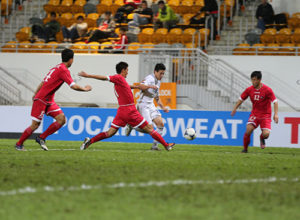 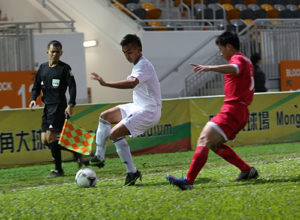 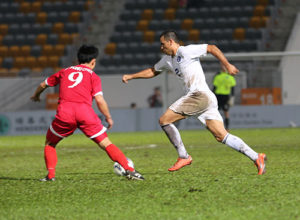 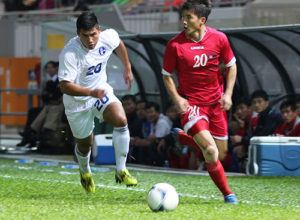