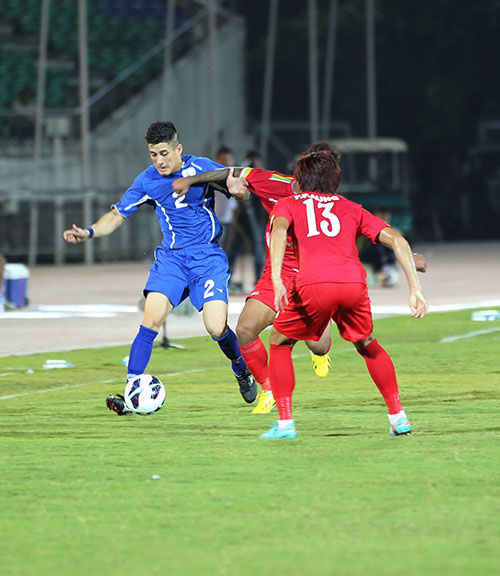 The young and up-and-coming Matao took on a strong Myanmar side, the highest-ranked team in Group A of the AFC Challenge Cup Qualifiers, in a 5-0 contest in front of thousands of excited and loud home fans at Thuwanna Stadium in Yangon, Myanmar

A series of negative incidents, which included starting central defender Micah Paulino carried off the field in the first 15 minutes, a dodgy penalty kick for the home team, and an uncharacteristic mistake by goalkeeper Doug Herrick, turned the evening into a difficult first match for the Matao.

“First of all, this is not the result we came here for and we are very disappointed,” said Matao head coach Gary White during a post-match press conference. “(But) Myanmar is a good team, I can’t take that away from Myanmar – they played some good football. We’re a growing program and we’ve come a long way. This is a part of our progression and development; we must learn to deal with playing host countries at international competitions and the intimidation that comes along with it.

“We still believe we can qualify. We have the character and quality to do so. I honestly believe that tonight’s game is a one-off incident and will not be breaking of us in this tournament. Tonight just wasn’t our night – but this experience will serve us well in the future,” White added.

After Myanmar’s Soe Min Oo opened scoring for his team in the 26th minute the Matao conceded another goal on a penalty kick by Kyi Lin. The host nation scored once again in the first half and another two in the second half.

In the second half, the Matao seemed to have settled and began to play at the high level set by its opponent in the first half with a series opportunities to score goals. In the early part of the second half, Ian Mariano had a pair of opportunities near and inside the penalty box, but had his shots unluckily deflected by defenders. Ryan Guy connected on headers on two separate set-play opportunities in the second half – one cleared off the goal line – but was unable to find the back of the net.

The Matao next face India 4 p.m. Monday Myanmar time. India defeated Chinese Taipei in the day’s earlier match with a goal in stoppage time for a 2-1 victory. Myanmar will face Chinese Taipei in Monday’s evening match. 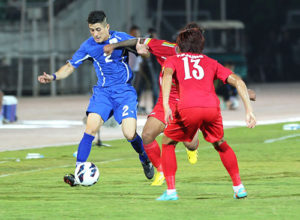 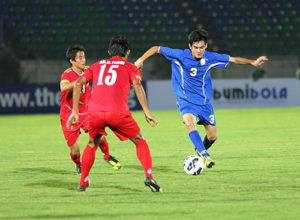 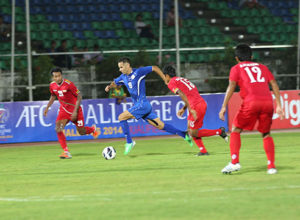 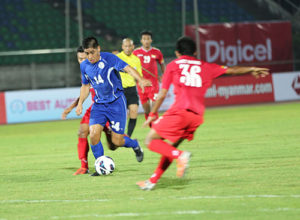 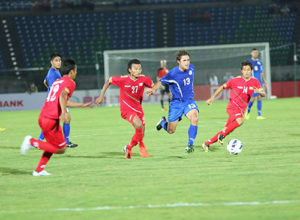 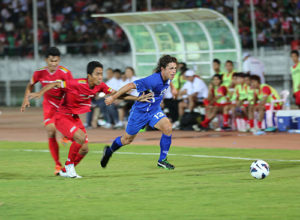