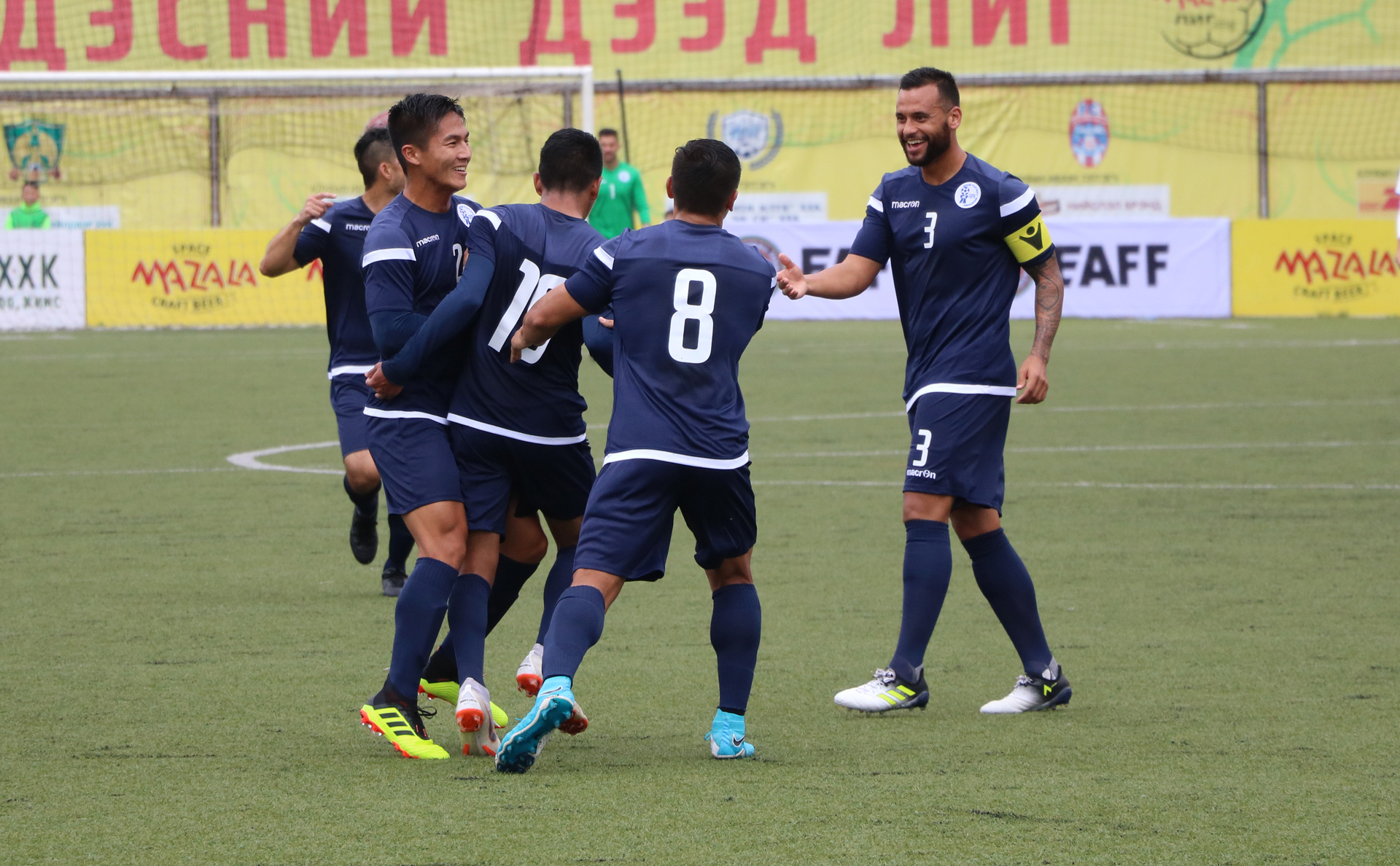 “I would like to thank the head coach of NMI (Mita Michiteru) for the match and also pay homage to the progress that he has made with NMI,” said Karl Dodd, head coach of the Matao, Guam men’s national football team. “We are using this tournament to implement our new playing style in competitive matches. I thought that the players executed this well for 70 minutes of the game and then we became inconsistent toward the end. This is all part of the learning process of a new playing philosophy and we are on the right track – as long as we can improve each game, then we are on track.

The Matao played a strong passing game that kept NMI defenders stymied on Guam’s attacking plays, with all four of the team’s goals ultimately finished from inside of the box by the 68th minute.

Speedster Mendiola scored Guam’s first goal of the tournament and the match’s eventual game winner in the 13thminute off a pass from Mark Chargualaf. Marcus Lopez, unmarked inside the box, buried the first of his two goals in the 26th minute off an assist from Jason Cunliffe for the 2-0 halftime score.

The Masakåda, Guam women’s national team, also competing in the tournament, will play its first match of the women’s competition Monday against Macau at 2 p.m. Mongolia time (4 p.m. Guam time).

A full schedule of matches, is available on the tournament’s official Web site: https://eaff.com/competitions/eaff2019r1/index.html

All matches of the tournament will be available to watch online via Internet Live Stream on EAFF.com