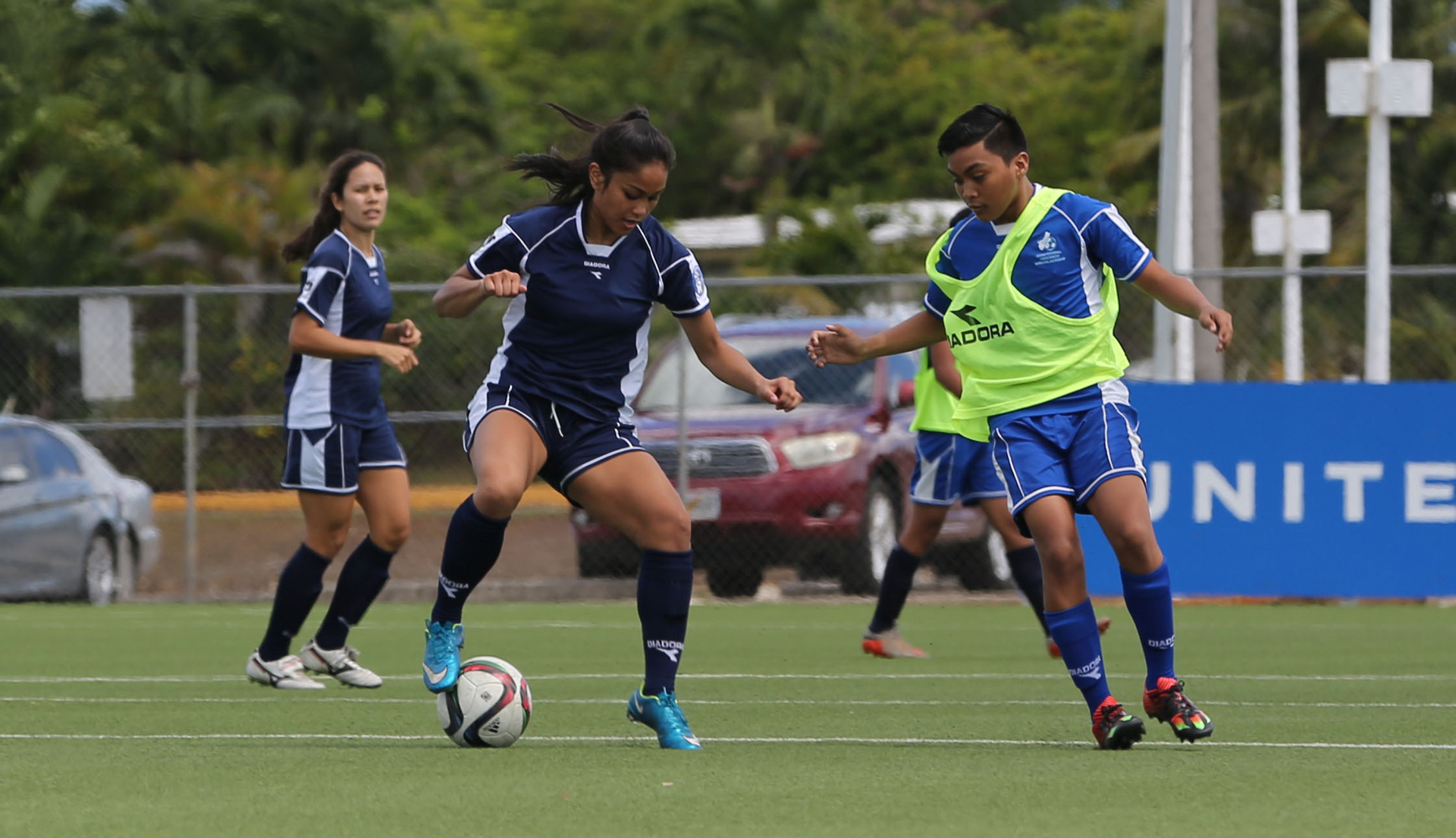 [June 5, 2016 – Harmon, Guam] – The Masakåda training squad played its first official training match of the month against the Guam U14 Boys national training squad Saturday in preparation for the EAFF E-1 Football Championship Preliminary Round set to kick off June 29.

The training match is the first of weekly matches ahead of the team’s first match of the regional tournament. The women’s team defeated the U14 Boys team 3-0 at the Guam Football Association National Training Center. Skyylerblu Johnson, Bud Light Women’s Soccer League Spring 2016 Golden Boot winner and IIAAG Girls High School Soccer League All-Island MVP, scored the team’s first goal in the first half. Anjelica Perez, former captain of the St. Martin University Saints, an NCAA Division II university in the Great Northwest Athletic Conference, scored for the Masakåda training squad in the second half. The other goal came on a U14 Boys squad own goal.

“It was a good result, but (Saturday) was mostly for coaches to continue assessing all players training for a call-up to the Masakåda, Guam women’s national team,” said head coach Mark Chargualaf. “For individual players, we were testing out certain field positions for them, as well as evaluating their match fitness levels. We also wanted to see the players’ tactical IQ at this stage ahead of the tournament.

“We’re going to need more of these training matches so the players, particularly the new ones to the program, become more familiar with each other on the field and gain a better team chemistry. For some, this is the first time training for a possible call-up to the Masakåda and we want all to have a positive experience,” Chargualaf added.

GFA recently submitted its 30-player preliminary roster to EAFF, and out of the 30 players named, 18 will be called up, with two additional players named as alternates.

Of the 30 players named to the preliminary roster, 20 played in the recently concluded Bud Light Women’s Soccer League Spring season.

Chargualaf was most recently Matao Assistant Coach during the team’s FIFA World Cup qualification matches under then Head Coach Gary White and will be assisted by Rod Hidalgo and Sean Evans, the team’s goalkeeper coach. Lucy Johnson returns as the team’s manager and Nichole Paulino is the team trainer.

The EAFF E-1 Football Championship Preliminary Round also features a men’s tournament with visiting teams Chinese Taipei, Macau, Mongolia, and Northern Mariana Islands competing for a semifinal round berth, where the Matao wait with DPR Korea and Hong Kong. 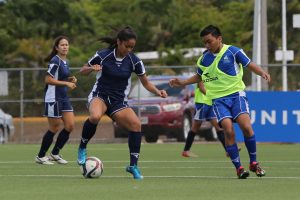 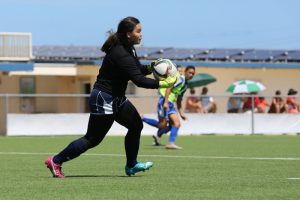 Masakåda training squad goalkeeper Mya Jade Sanchez prepares to send the ball to a teammate against the Guam U14 Boys national training squad during a training match Saturday at the Guam Football Association National Training Center. The women’s squad defeated the boys’ squad 3-0. 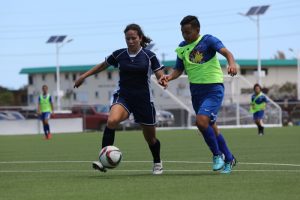 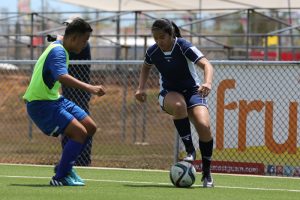 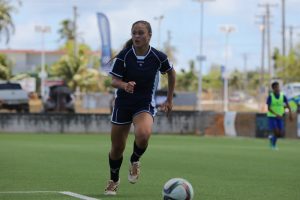 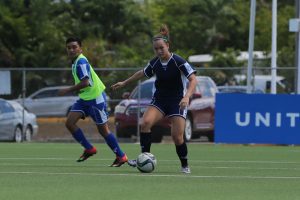 Masakåda training squad midfielder Colleen Naden looks to send a through ball against the Guam U14 Boys national training squad during a training match Saturday at the Guam Football Association National Training Center. The women’s squad defeated the boys’ squad 3-0. 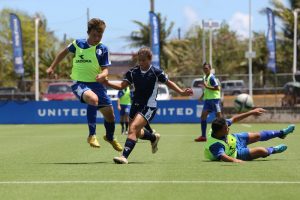 Guam U14 Boys national training squad defender Shane Larkin kicks the ball away from Masakåda training squad forward Jalana Garcia after she managed to get past her mark during a training match Saturday at the Guam Football Association National Training Center. The women’s squad defeated the boys’ squad 3-0.