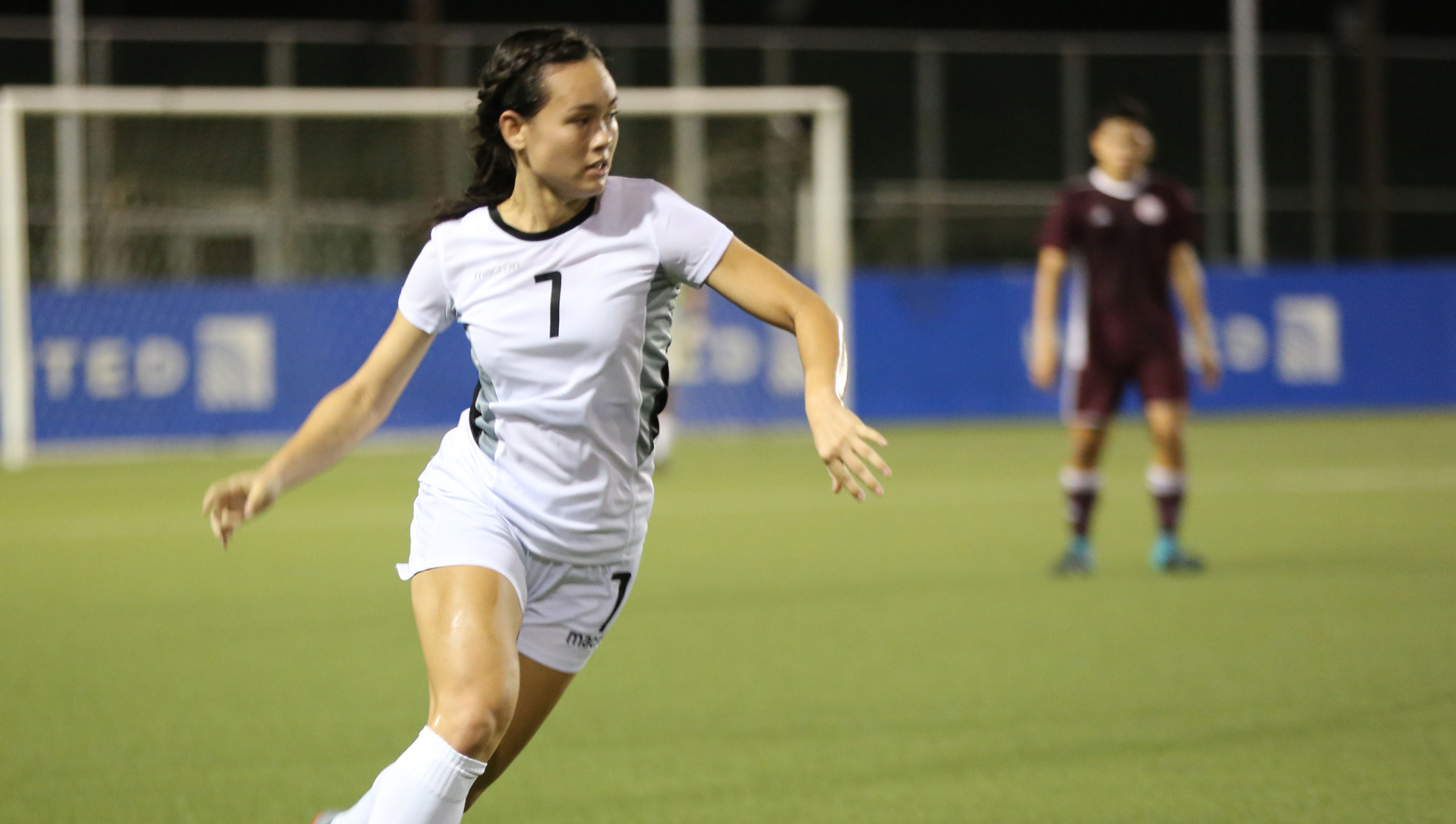 Posted at 18:16h in Masakada Tournaments, Women's: Masakada by admin

The Masakåda are 1-1 in tournament standings entering the final day of play while NMI holds a 0-1-1 record through second day competition.

“(Wednesday night’s) match was a disappointment,” said Masakåda winger Colleen Naden, referring to the team’s match against Mongolia. “We had worked on our game plan but did not execute it – the result shows just that. We still have one more game left and we’re going to come out stronger and smarter to finish off this tournament on a positive note.”

Guam encountered an unprecedented challenge in facing the host country for the very first time at the senior level, which concluded as a single-goal loss in the waning minutes of the teams’ Day 2 fixture.

“Mongolia is a tough opponent and their style of game created some problems for us, as they pushed us into a game we did not want to play,” said Belinda Wilson, Masakåda head coach. “The players have taken away a lot of learning moments which we will continue to work on. We need to play more games against opponents who have a physical style of play as our players are not used to playing opponents who are aggressive – that style of play doesn’t exist in Guam.”

Both teams were level through to stoppage time in the second half, keeping goalkeepers on both sides busy until Mongolia’s Sarangarav Otgonbaatar managed to finish her chip shot from just outside the box on a counterattack play in the 90+1 minute.

“(Wednesday’s) performance wasn’t our best and the result didn’t come out as expected,” said 16-year-old defender Celine Doronila, who faced a similarly aggressive Mongolia team in the EAFF U15 Girls Tournament last year. “In the first half, we weren’t exactly able to follow our game plan, but in the second half, we were able to keep more possession and had more opportunities to score. Unfortunately, we weren’t able to in the end; we can’t change the result, but we’ll fix what we can to come back stronger in our third game.”

The Guam versus NMI fixture will kick off 3 p.m. Guam time Friday. The match will be available to view via Internet Live Stream on the EAFF Web site: https://eaff.com/competitions/eaff2019r1/result711.html 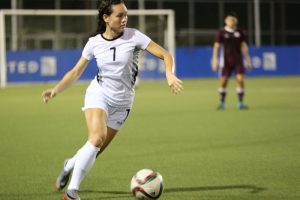 Colleen Naden of the Guam Masakåda looks to pass the ball to a teammate during a recent training match at the Guam Football Association National Training Center in this file photo. The team played to a single goal loss to Mongolia in Wednesday’s EAFF E-1 Football Championship Round 1 women’s competition in Ulaanbaatar, Mongolia. 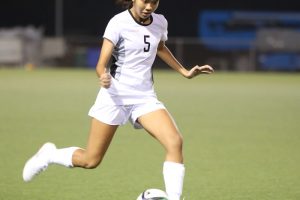 Celine Doronila of the Guam Masakåda prepares to send the ball forward during a recent training match at the Guam Football Association National Training Center in this file photo. The team played to a single goal loss to Mongolia in Wednesday’s EAFF E-1 Football Championship Round 1 women’s competition in Ulaanbaatar, Mongolia.