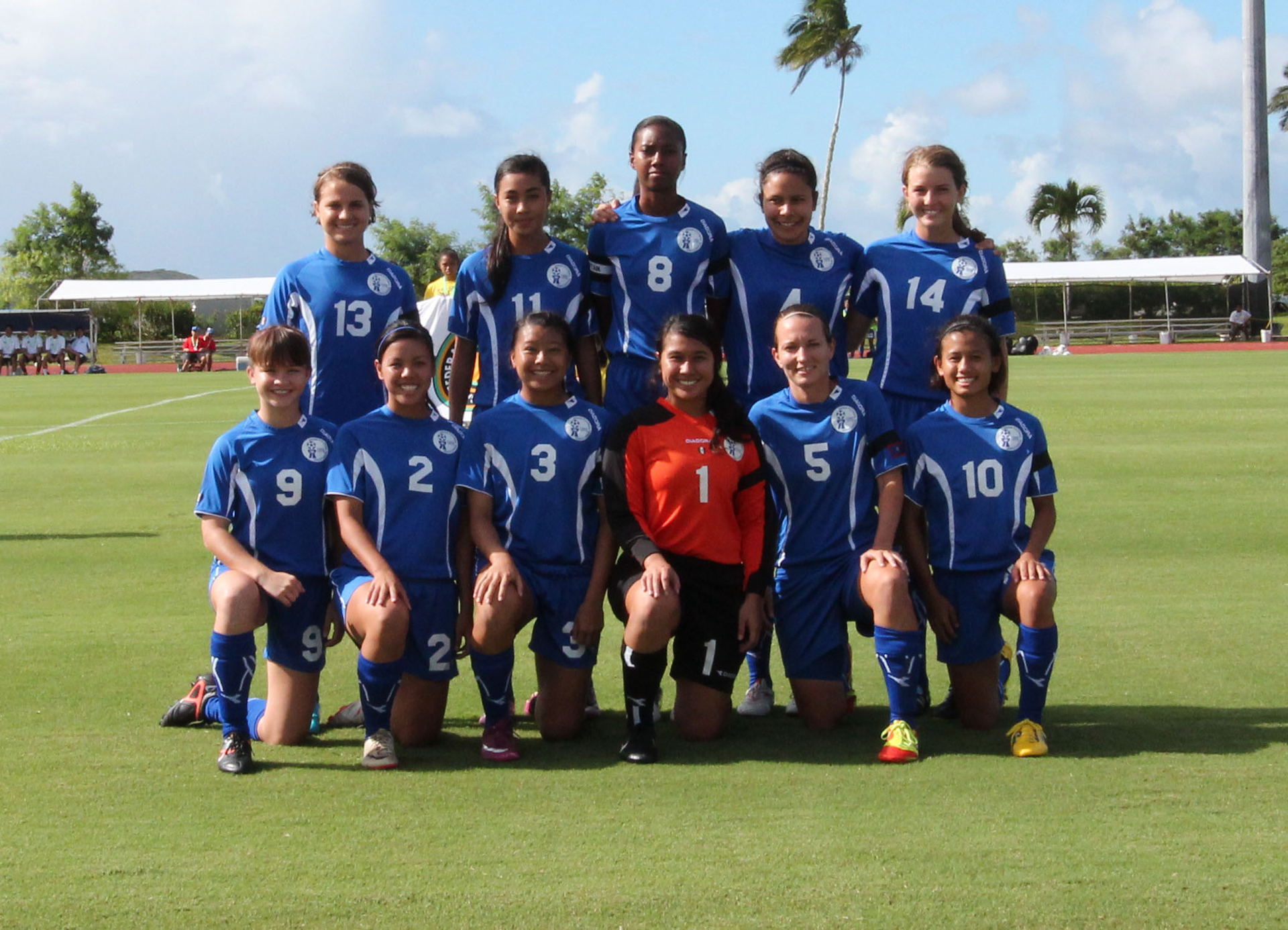 Posted at 07:06h in Masakada Tournaments, Women's: Masakada by admin

“To play on the national team, it’s really an honor and a privilege for me,” Surber said. “I know I have to up my game big time going from the high school league to the women’s national team.

“There are so many good players with more playing experience, but we all need to get to the same level of play. I also have to act a little older than my age,” said the 17-year-old who will be starting her senior year at Southern High School.

“It’s always hard to be one of the youngest players on the national team,” said Masakada’s Kristin Thompson, who earned her spot on the women’s national team in 2003 out of high school. “You really have to work even harder to prove not only that you deserve to be on the team, but that you deserve playing time as well.

“There were really strong leaders when I first got on the women’s team like Cheri Stewart, Kyung Shipman, Blanda Camacho and the list goes on. They all inspired me. They took me under their wing and encouraged me to keep playing.”

Thompson was one of the youngest players on Guam’s team that earned a silver medal at the 2003 South Pacific Games in Suva, Fiji. Thompson was part of Guam’s starting eleven against home team Fiji, Tonga and Kiribati. Thompson also scored the eventual game-winning goal against Fiji in the 1-0 contest.

The tables have turned and now Thompson is one of the more experienced members of the team. The average age of the Masakada is just above 19 years old. Three of the team members are only 16 years old and over half are under 21 years old.

Just like Thompson had her role models on Guam’s women’s national team when she first earned her spot, Masakada team captains Anjelica Perez and Simie Willter inspire Surber, she said.

The Masakada have one more game during the EAFF tournament’s preliminary competition. Guam will play Hong Kong at 4 p.m. Saturday at the Leo Palace Resort Guam main field. With a Masakada win Saturday, the team will move on to the tournament’s second round in China in October. Second-round opponents include China PR, Chinese Taipei and the recently added Matildas, Australia’s women’s national football team.

Admission to the EAFF tournament games is free. Bleachers with canopies over them have been provided for game spectators. 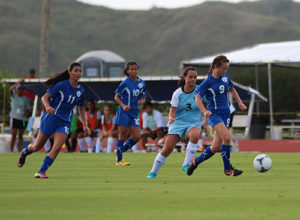 The Masakåda‘s Paige Surber (9) leads the attack with Arisa Recella (10) and Andrea Odell (11) providing support behind her in a recent Women’s East Asian Cup preliminary competition game at Leo Palace Resort Guam against CNMI. Surber, Recella and Odell all competed against each other in the 2012 IIAAG Girls High School Soccer League and have joined forces on Guam’s national team, the Masakåda. Seven members of the national team played in the most recent high school league. The Masakåda next play Saturday at 4 p.m. against Hong Kong to determine who moves on to the second round of the EAFF tournament. 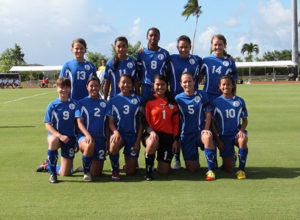 The starting 11 for the Masakada against the Northern Mariana Islands poses for a quick photo before their game’s opening kickoff in the Women’s East Asian Cup preliminary competition. From left to right (kneeling): Paige Surber (9), Tanya Blas-Cruz (2), Tatyana Ungacta (3), Jena Cruz (1), Kristin Thompson (5), Arisa Recella (10). From left to right (standing): Heather Thompson (13), Andrea Odell (11), Simie Willter (8), Anjelica Perez (4), and Meagan Speck (14). The Masakada next play Saturday at 4 p.m. against Hong Kong to determine who moves on to the second round of the EAFF tournament.