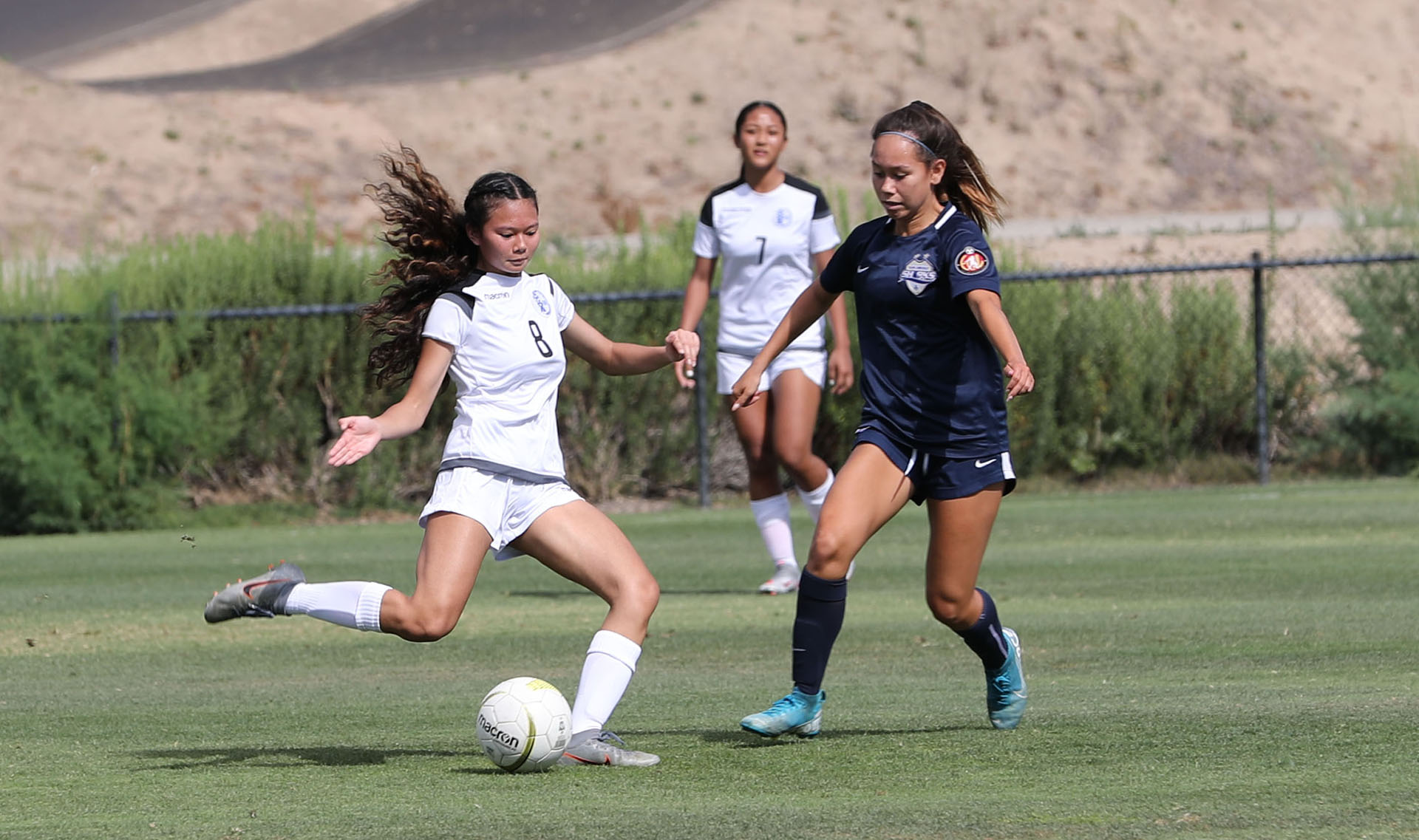 “For me, I really believe that growing up with the Guam National Program helped me develop into the player I am today,” said Lopez, a 2022 graduate of St. John’s School. “Throughout the years I’ve been playing for Guam’s national teams, I’ve played under different coaches – which at first was sort of difficult to adjust to – but everything they taught me helped me grow into someone who understands the game.”

Lopez stayed consistent with the Guam National Program following her selection to the U10 division of the United Airlines Guam Football Association National Academy in 2013, eventually earning her spot on various youth national teams. In 2016, she was selected to Guam’s U14 Girls National Team that traveled to China, PR for the AFC U14 Girls Regional Championship East Region in Beijing. The following year, Lopez was selected for Guam’s U15 Girls National Team that competed at the EAFF U15 Girls Tournament in Shanghai, PR.

In 2018, Lopez was called up to Guam’s U16 Women’s National Team to compete in the AFC U16 Women’s Championship Qualifier in Sri Lanka, starting in all of Guam’s four matches. The following year, she traveled to Hong Kong with Guam’s U17 Women’s National Team for the Jockey Club Girls’ International Youth Invitational Football Tournament. Lopez also played in the 2019 Marianas Cup U19 Women’s competition.

“Yasmeen has a winner’s mentality and I can guarantee that is something she will display with Hesston College,” said Awa, who will officially take over as Masakåda Head Coach later this month. “Her game intelligence within the midfield has made her a consistent player on the pitch and has provided us with a lot of support offensively and defensively in key moments of the game. Yasmeen has grit and will always compete for the ball.

“I am looking forward to her further development at the collegiate level,” Awa added.

Lopez was offered a scholarship to Hesston College after she was spotted by college coaches on the NCSA recruiting platform. Hesston College competes in the Kansas Jayhawk Community College Conference of the National Junior College Athletic Association.

Lopez will depart Guam the first week of August and plans to major in Criminal Justice. Lopez is the youngest daughter of Conrad and Gemma Lopez. Yasmeen Lopez has one brother Terrance and one sister Philana. 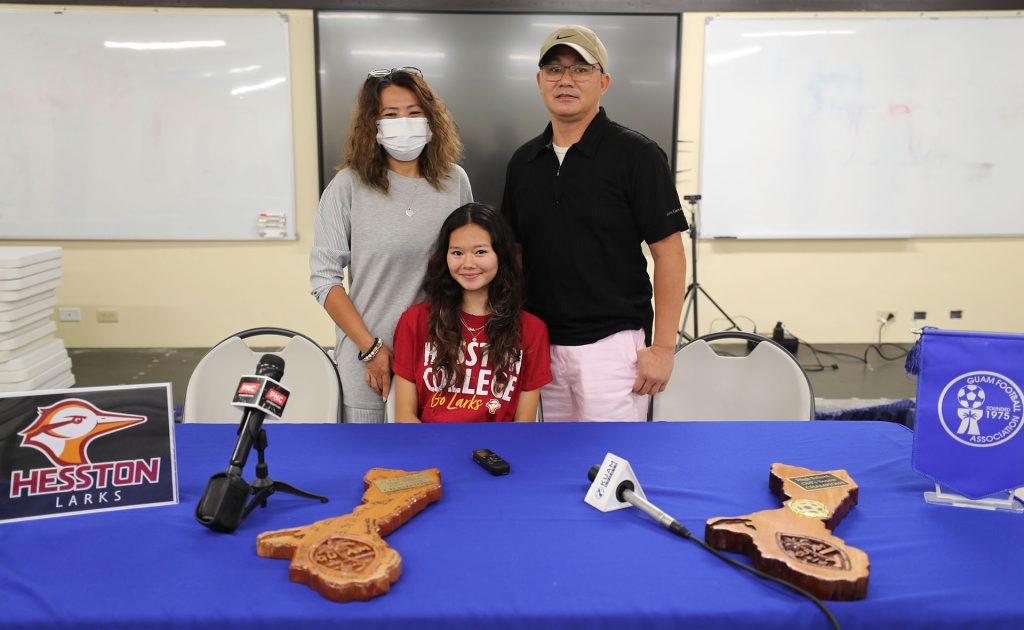 Yasmeen Lopez poses for a photo with her family after announcing her commitment to play intercollegiate women’s soccer for the Hesston College Larks during a presentation event Saturday morning at the Guam Football Association National Training Center Lecture Hall. In the photo are, from left to right, Gemma Lopez (mother), Yasmeen Lopez (seated), and Conrad Lopez (father).