LOA Heat Jump Up to Fourth in Premier Budweiser Soccer 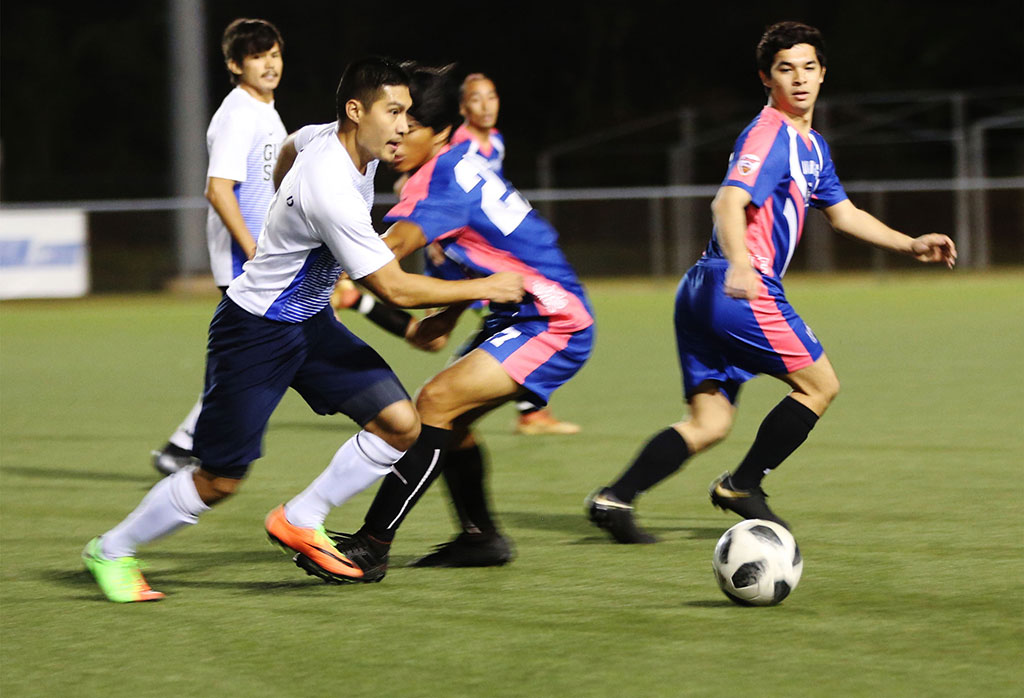 LOA Heat (6-7-3) defeated Guam Shipyard 4-2 with a hat trick by Seth Surber and one goal from Surber’s older brother Keith. Jake Quichocho and Damien Khoo scored for Guam Shipyard in the loss.

The full match is online at https://mycujoo.tv/video/guamfa?id=39177

With the six goals scored in Week 18, the Rovers (14-0-2) now have scored over 100 goals for the second-straight season. The team currently boasts the league-best 101 goals scored and 18 goals allowed, also currently a league best, with five more matches left to play.

The full match is online at https://mycujoo.tv/video/guamfa?id=39176

The Islanders FC shut out the Sidekicks 2-0 with goals by Patson Haimin and Antonio Prieto, both coming in the first half. With the win, the Islanders move up to 6-10-1 for the season and the Sidekicks drop to 3-11-2.

The full match is online at https://mycujoo.tv/video/guamfa?id=39174

The Premier Division continues Wednesday with a make-up match between the Sidekicks and Quality at 9 p.m. at GFA, then starts up again on Saturday evening with regularly scheduled matches.

The full schedule is online at http://guamfa.com/all-leagues-mens-regular-results

The GFA Competitions Department has scheduled the official draw for both the Bank of Guam 12th Annual GFA Cup men’s soccer tournament and the Jamaican Grill Women’s GFA Cup women’s soccer tournament for April 13. The draw, which will fill in the preliminary round fixtures for both competitions, will be live streamed on GFA’s Internet TV page, https://mycujoo.tv/guamfa

More details on the draw will be released at a later date. 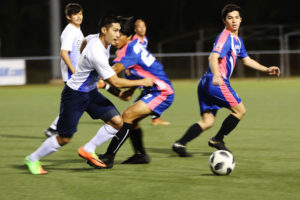 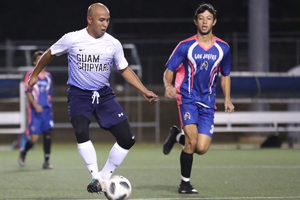 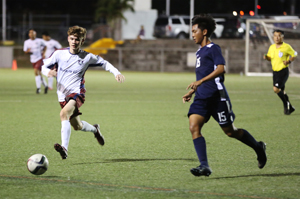 Bank of Guam Strykers’ Aidan Dickson (left) and Manhonben Lalahi’s Joshua Bamba get in a foot race to the ball during a Week 18 match of the Budweiser Soccer League Premier Division Saturday at the Guam Football Association National Training Center. The Strykers defeated Manhoben Lalahi 8-2. Photo by Gin Pobre / GFA 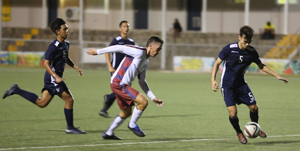 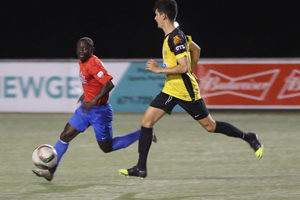 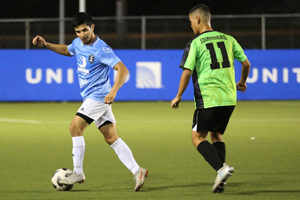 Sidekicks’ Anthony Aguon does a shoulder check as he attempts to make a move against the Islanders FC during a Week 18 match of the Budweiser Soccer League Premier Division Saturday at the Guam Football Association National Training Center. The Islanders defeated the Sidekicks 2-0. Photo by Gin Pobre / GFA