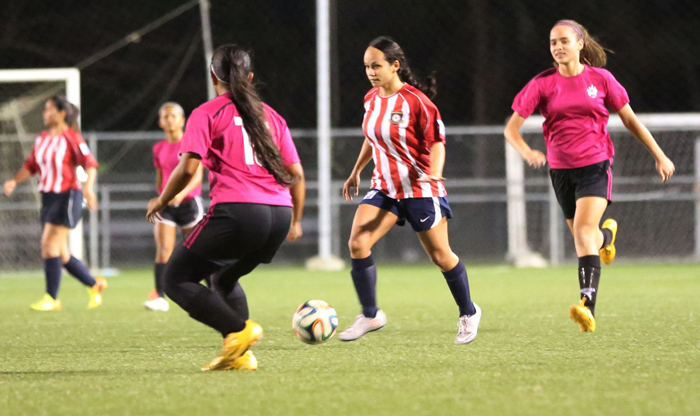 [April 19, 2015 – Harmon, Guam] – After battling to a draw in half of their matches this season, the Lady Strykers eked out its first victory in a 2-1 contest with the Southern Heat. Koharu Minato and Kimberly Sherman scored for the Lady Strykers. Aubrey Taimanglo scored the Heat’s lone goal in the second half.

With the win, the Lady Strykers move up two spots in standings to the No. 5 position.

Quality Distributors scored six goals in the first half and four in the second for a 10-1 win over Hyundai. Zoe Surber led the Quality attack with five goals, followed by April Talledo with four. Paris “Mames” Blas scored Quality’s other goal. Shana Spindel scored for Hyundai.

Golden Boot Race:
One Goal Each: