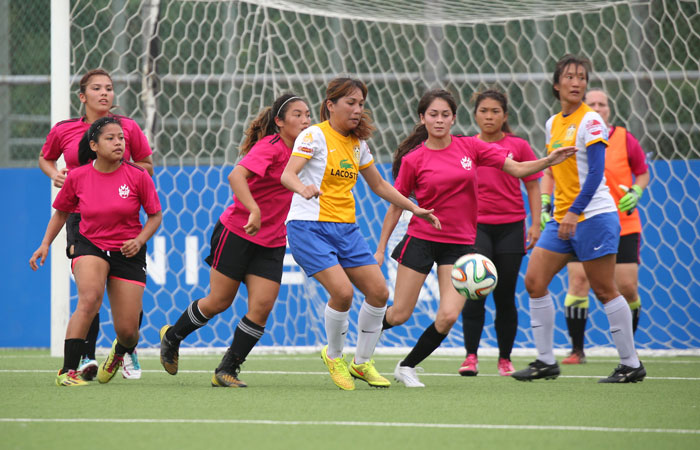 [May 4, 2015 – Harmon, Guam] – The Lady Rovers clinched the championship title of the 2015 Bud Light Women’s Soccer League Spring season with a 2-0 win over Southern Heat in Week 14 play at the Guam Football Association National Training Center.

Catherine Kendall and Rhoda Bamba each scored in the win. Regardless of the outcome of matches in the rescheduled Week 8 contests on May 17, the Lady Rovers already have earned enough points for the title.

In other matches, the Doosan Lady Crushers defeated Hyundai 7-0 with three goals from Colleen Naden, two from Simie Willter, and one each from Nieves Cabreza and Maria Abbey Iriarte.

The Lady Strykers move into the fourth-ranked position in league standings with a 4-3 win over Guam Shipyard. Though tied with Southern Heat on overall points, the Lady Strykers have the edge with points from head-to-head competition (4-1). The teams battled to a scoreless draw Feb. 15 and the Lady Strykers won the teams’ Apr. 19 fixture 2-1.

Golden Boot Race:
One Goal Each: