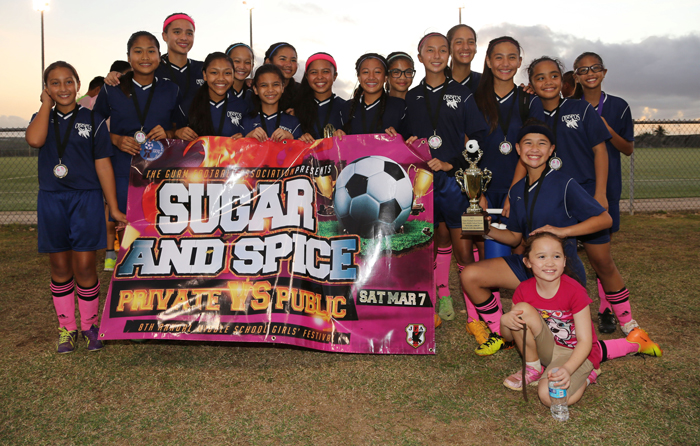 Posted at 04:16h in Interscholastics, News by GFA GW Admin 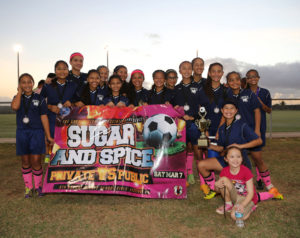 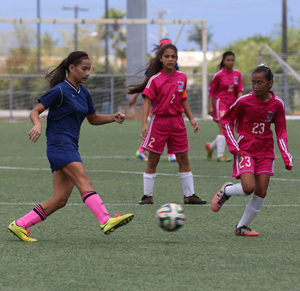 “We’ve been working hard since day one, working together as a team to keep our lead going during the league and it paid off in the end,” said the Lady Obispos’ Hannah Cruz, who was named festival championship match MVP and overall Golden Boot Winner. “Since our leagues are separated, we never had the opportunity to play against (the Wildcats) until today. It took belief in ourselves and faith to pull through against our tough competitors. For some of us, this was our last opportunity to play middle school soccer together for our school, so winning both the league title and the festival title felt that much better.

“I appreciate not only what our coaches have taught us, but also the support of our parents and what the entire team has done all season to get us this far,” added Cruz, who also plays for the Guam Shipyard Wolverines in the Triple J Auto Group Robbie Webber Youth Soccer League.

Cruz scored the festival-winner in the penalty shootout as the second shooter for her team. Other shots missed the mark or were saved by the respective teams’ goalkeepers. 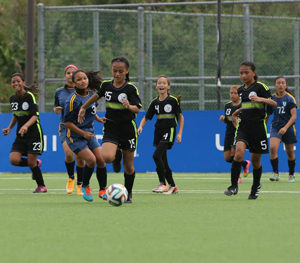 “I am delighted to see that the inaugural AFC Women’s Football Day has triggered activities in dozens of countries around Asia,” said Moya Dodd, AFC Vice President and AFC Women’s Committee Chairperson. “Girls’ grassroots days, women’s football festivals and carnivals, seminars, female referee workshops and various other activities will take place today around the continent. It’s a credit to our Member Associations and their commitment to make football accessible for girls and women.

“This is a historic moment for football, as the AFC is the first confederation to have such an event. I hope today opens new opportunities for greater participation, recognition and advancement for women in football across Asia,” Dodd added. 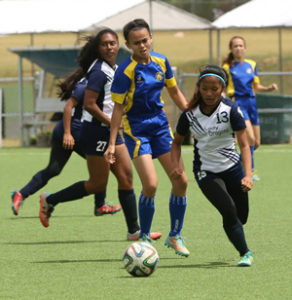 Schedules for both leagues are available for download at www.GuamFA.com 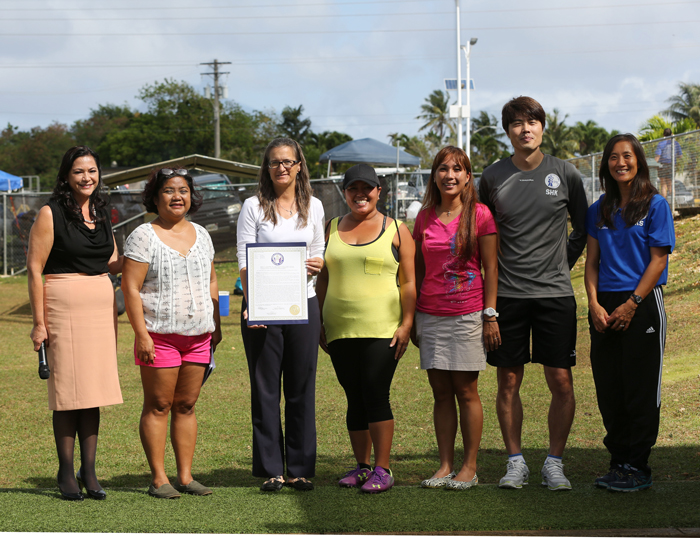