Kenney to train in England in football residency program 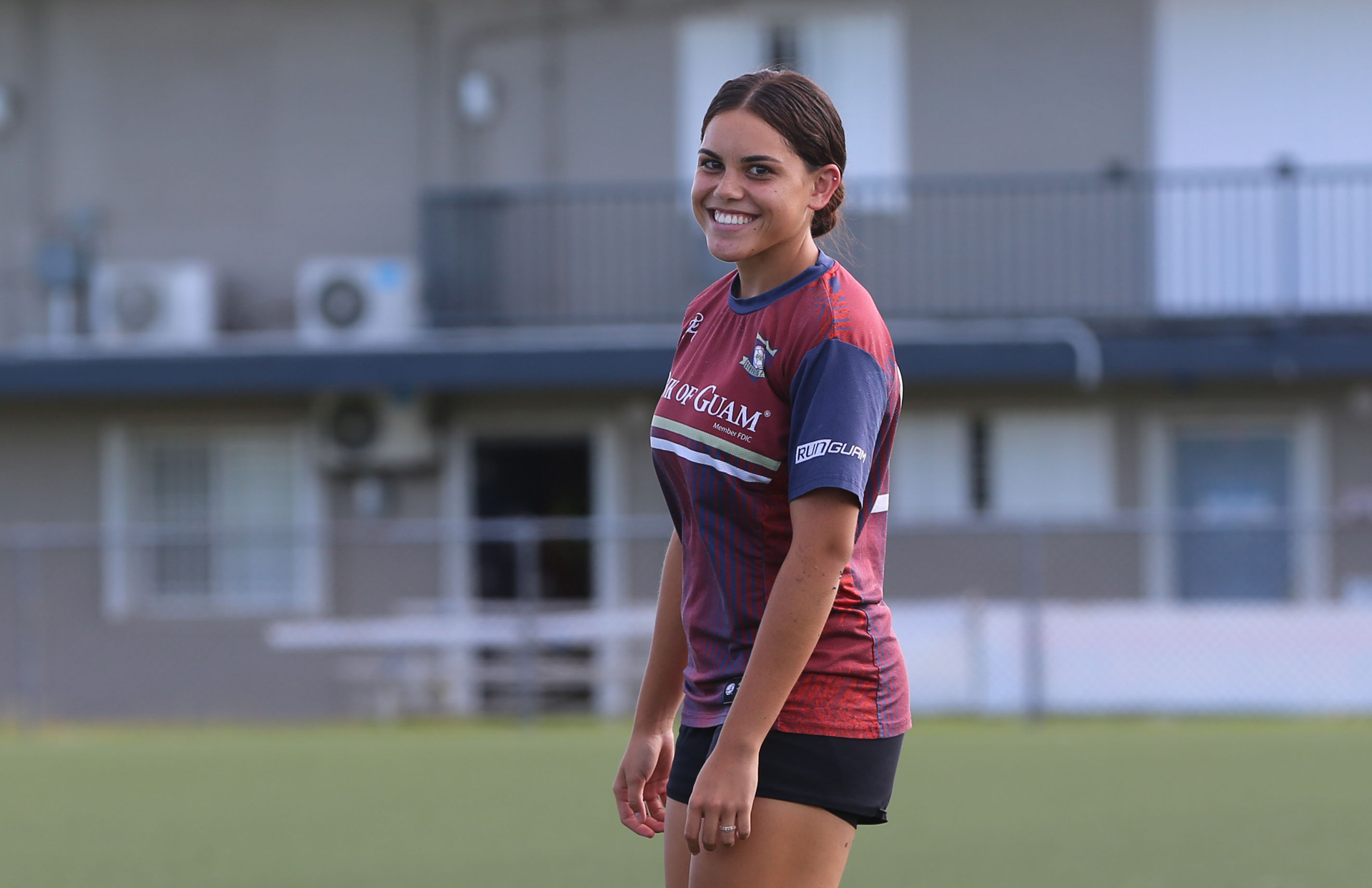 15 Jun Kenney to train in England in football residency program

[June 14, 2021 – Harmon, Guam] Guam National Program standout Samantha Kenney will be testing her mettle and honing her skills with peers in England this summer after her acceptance to Macclesfield FC’s residency program.

Kenney departed Guam Monday to Boston for a few days with family before she travels to Manchester on Jun. 20 to join other student athletes in the program. 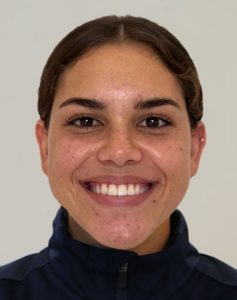 “Three months ago, I got a text message from Macclesfield FC’s international recruiter stating that they took a look at my Next College Student Athlete (NCSA) profile and asked if I was interested in European soccer,” Kenney said. “I had been interested in opportunities outside of the U.S., so naturally I was interested … he informed me about a six-week residency program and how it allows athletes to experience a professional footballer lifestyle while trying to attain a spot and scholarship for their International Academy.

“After two months of contemplating and praying about it, I decided to go for it,” added the Guam U20 Women’s National Team Captain.

According to the program’s online brochure, only a maximum of 40 student athletes will be selected for the six-week residency program. The top players from the program may receive an invitation to Macclesfield FC’s full-time International Residency Program that includes education at one of the club’s partner universities or may be called up to the First Team squad, among other pathways.

“Samantha is a role model player with her peers and those within our youth football development programs,” said Ross Awa, Head Coach of the Guam U20 Women’s National Team and Guam Football Association Assistant Technical Director. “As the captain of the Guam U20 Women’s National team, she holds herself accountable which allows her to perform at the highest level. There is no doubt that Samantha will one day reach professional status, she is a very humble individual and always works so hard, and this is due to the continued support from her truly amazing family here on the island. 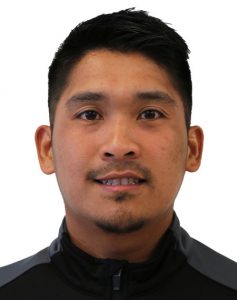 “This is a deserving opportunity for Samantha as she has always been so driven to do her best in training and matches. She takes the time to analyze every aspect of her game and always wants to improve. I am truly proud of her and I know that she will represent Guam well during her time with Macclesfield FC,” Awa added.

Macclesfield FC’s six-week Residency Program includes five hours of coaching per day led by UEFA qualified coaches and strength and conditioning coaches, weekly matches against other clubs and youth academies, showcase games against some of Europe’s top prospects in front of respected scouts, unlimited access to the club’s state-of-the-art gym, in-depth video analysis sessions, individual check-in sessions with coaches, additional training sessions run by the club’s First Team Manager, weekly recovery and rehabilitation sessions, and full Adidas playing and training kits, among others features. All matches played will be filmed and edited by the club’s Academy Analysis and Media team, which can be utilized in creating professional highlights for future recruitment opportunities, the program brochure states.

Kenney believes that one reason she was afforded this prestigious opportunity is her involvement with Guam’s national football program from a young age.

“Whenever I reach out to coaches, I always play the Guam National Team card because it’s unique and diverse,” Kenney said. “Because of the blessing that I’ve had playing on Guam’s Youth National Teams and playing internationally (from a young age), my football resume is quite impressive.

“They’re in the process of recruiting players for their full-time International Program, so for me, the camp will be both to develop my skill set, as well as to try to make a spot in their women’s program,” added Kenney, an incoming senior at Harvest Christian Academy.

Off the pitch, Kenney is also one of Guam’s first-ever AFC Youth Social Responsibility Ambassadors and had been selected as one of ten ambassadors across Asia to conduct a virtual workshop during the Generation Amazing Festival in 2020. The youth festival is part of the Generation Amazing program coordinated by the Supreme Committee for Delivery and Legacy with an aim to contribute to the lasting legacy of the FIFA World Cup Qatar 2022™.

Kenney also is working on a program with Special Olympics Guam with the objective to improve sensory perception among its youngest athletes through football-driven activities.

Following her training in England, Kenney also is set to take part in a Guam U20 Women’s National Team training camp in San Diego, Calif. from Jul. 17 to 25 before returning to Guam. Kenney plays for the Bank of Guam Lady Strykers in the Bud Light Women’s Soccer League.

Kenney is the daughter of Frank and Josephine Kenney and has one older sister, Sabrina, who also is part of Guam’s national program. 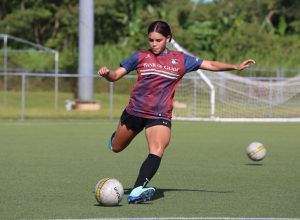 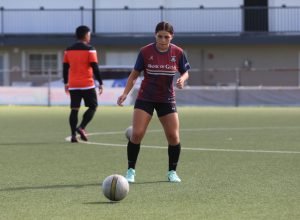 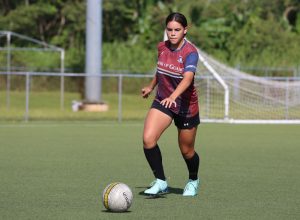