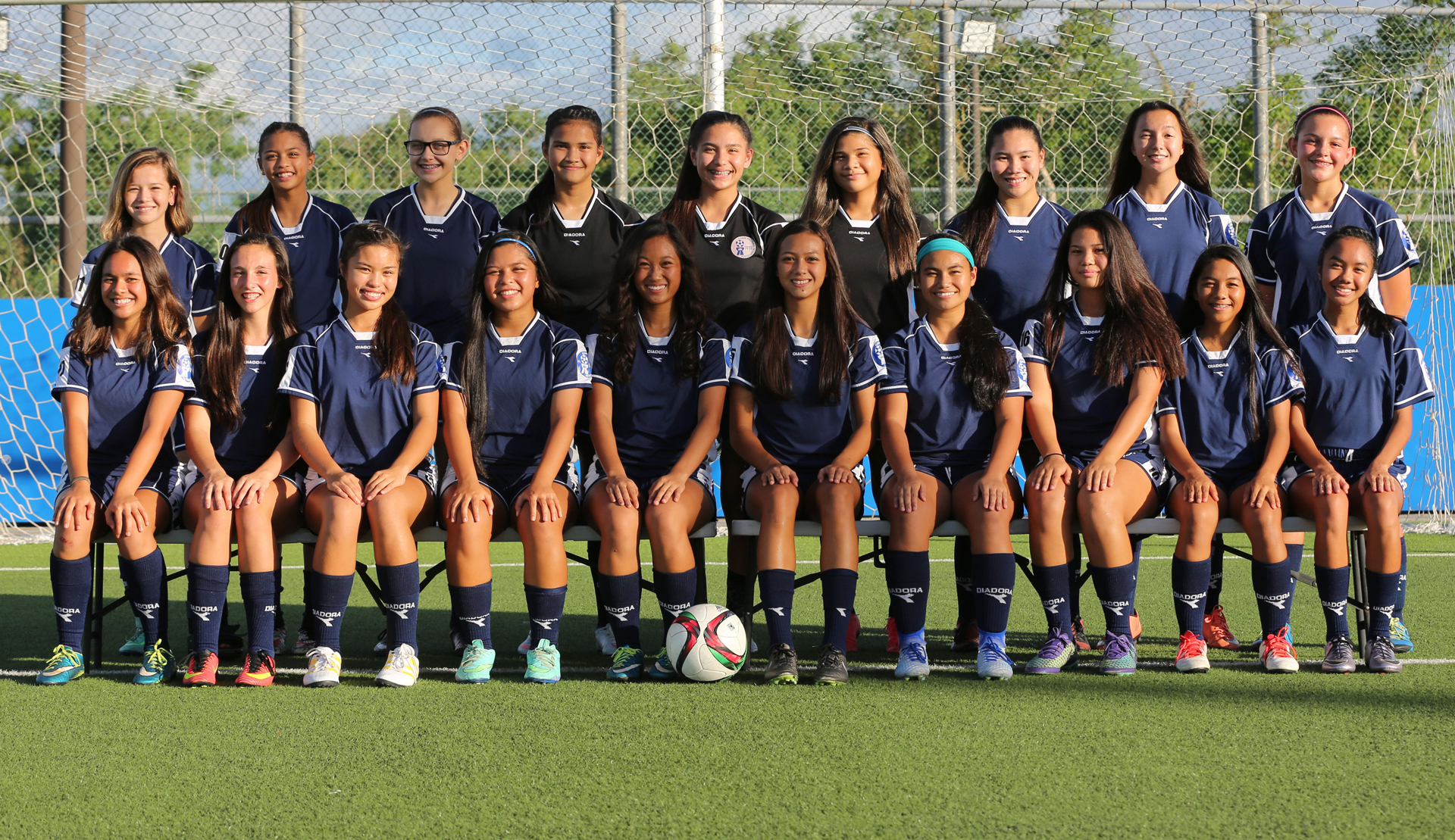 [August 12, 2016 – Harmon, Guam] Months of preparation by the Junior Masakåda, Guam’s U16 Women’s national football team, will be put to the test in Group A play at the 2017 AFC U16 Women’s Championship Qualifier in Chonburi, Thailand in about two weeks.

A mix of veteran and new players has been selected to fill Guam’s traveling roster for the tournament, which opens Aug. 27 and concludes Sept. 5. Chonburi is located about 42 miles southeast of Bangkok.

“We’ve been practicing every day, working really hard to get to where we want to be as a team and scrimmaging with other teams to prepare us for the competition out there,” said Jenna Han, a student at St. John’s School who also plays for the ASC Trust Islanders in the Triple J Auto Group Robbie Webber Youth Soccer League.

“A lot of us have played together on teams before, so I think one of our biggest strengths is that we know each other well. We have good chemistry on the field – we communicate well – and off the field, we’re all really close to each other, which makes our bond even stronger.

“Of course, our goal in this tournament is to win, and to do that, we’ll need to mentally focus on the four ‘W’s’ that Coach Sam (San Gil) always reminds us about – wish, will, work, and want. We need to wish to get to where we want to be, have the willpower to do it, work hard to achieve it, and truly want to win,” added the 15-year-old Barrigada resident.

Guam was drawn into Group A with host Thailand, Myanmar, Jordan, and Laos. Guam received a rest day on the first day of play and will play its opener against Myanmar on Aug. 29. The match will kick off at 4 p.m. Thailand time. 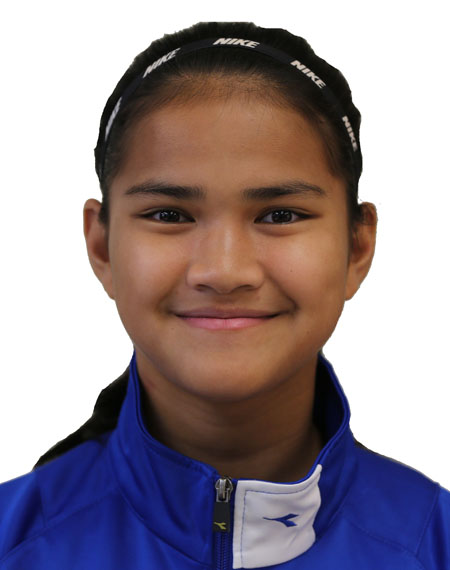 “Although this will be my first time representing Guam, I’ve heard that the teams we will play against are pretty tough and skilled,” said Angelyn Sobrevilla, one of the team’s goalkeepers and a student at Simon Sanchez High School. “They’ll be really aggressive and will know how to work together well. We’ve been preparing for that style, and for me personally as a goalkeeper, I’m working on being more confident out on the field and to be more aggressive to the ball. I’m also working on being more vocal on the field – to communicate more with my teammates and help the team be more organized against our opponents.”

A total of 22 countries drawn into four different groups will be competing for four spots in the final round of the AFC tournament. The four spots are reserved for the top finishers in each group. For Guam’s group in particular, if Thailand wins the qualifier, the second place team also moves on to the final round. Defending champions, DPR Korea, as well as Japan, China P.R., and Thailand have all automatically qualified for the final round of the 2017 edition of the tournament based on results from the 2015 tournament.

“Coach Sam had us watch some video footage of some of the teams so we can prepare ourselves to play against them,” said Sina “Ella” Eisenhardt, a former Guam resident now living in Japan and attending Nile C. Kinnick High School. “One thing we noticed was that most of the teams prefer to play the ball in the air, so we have to practice bringing the ball down and controlling it more, keeping possession.

“Overall, I’m pretty confident in the team – I haven’t been here the entire time the team has been training, but it seems that the team is doing really well since I got here. I’ve only been back for about a week, but I feel that we’re constantly improving and if we continue this, we have a really good chance in Thailand,” added Eisenhardt.

The Guam U16 Women’s national team is still recognized as Guam’s first and only national football team to date to qualify for the final round of an AFC tournament on its own merit. In 2012, the team advanced out of its qualifying group to play in the final round in China the following year against Japan and I.R. Iran. 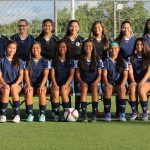 The Junior Masakåda, Guam U16 Women’s national football team, pose for a team photo before a recent training session at the Guam Football Association National Training Center. The team will be departing to Thailand on Aug. 25 to compete in Group A of the 2017 AFC U16 Women’s Championship Qualifier. In the photo are, seated from left to right, Madison Packbier, Logyn Lallatin, Taylor Paige Aguon, Hannah Cruz, Jenna Han, Brianne Leon Guerrero, Shyann Roberto, Isabella Bass, Richelle Ragadio, and Celine Doronila. In the back row, from left to right are, Samantha Fegurgur, Abigail San Gil, Sina “Ella” Eisenhardt, Angelyn Sobrevilla, Chloe Salas, Aubree Ungacta, Kiyoni Yamaguchi, Inina Yatar, and Sabrina Kenney. Not in the photo is Tiffani Lopez. Samuel San Gil is the team’s head coach and will be assisted by Gerry Lunod. Other staff members traveling are team manager Kimberly Sherman and team trainer Robinson Di Ramos.