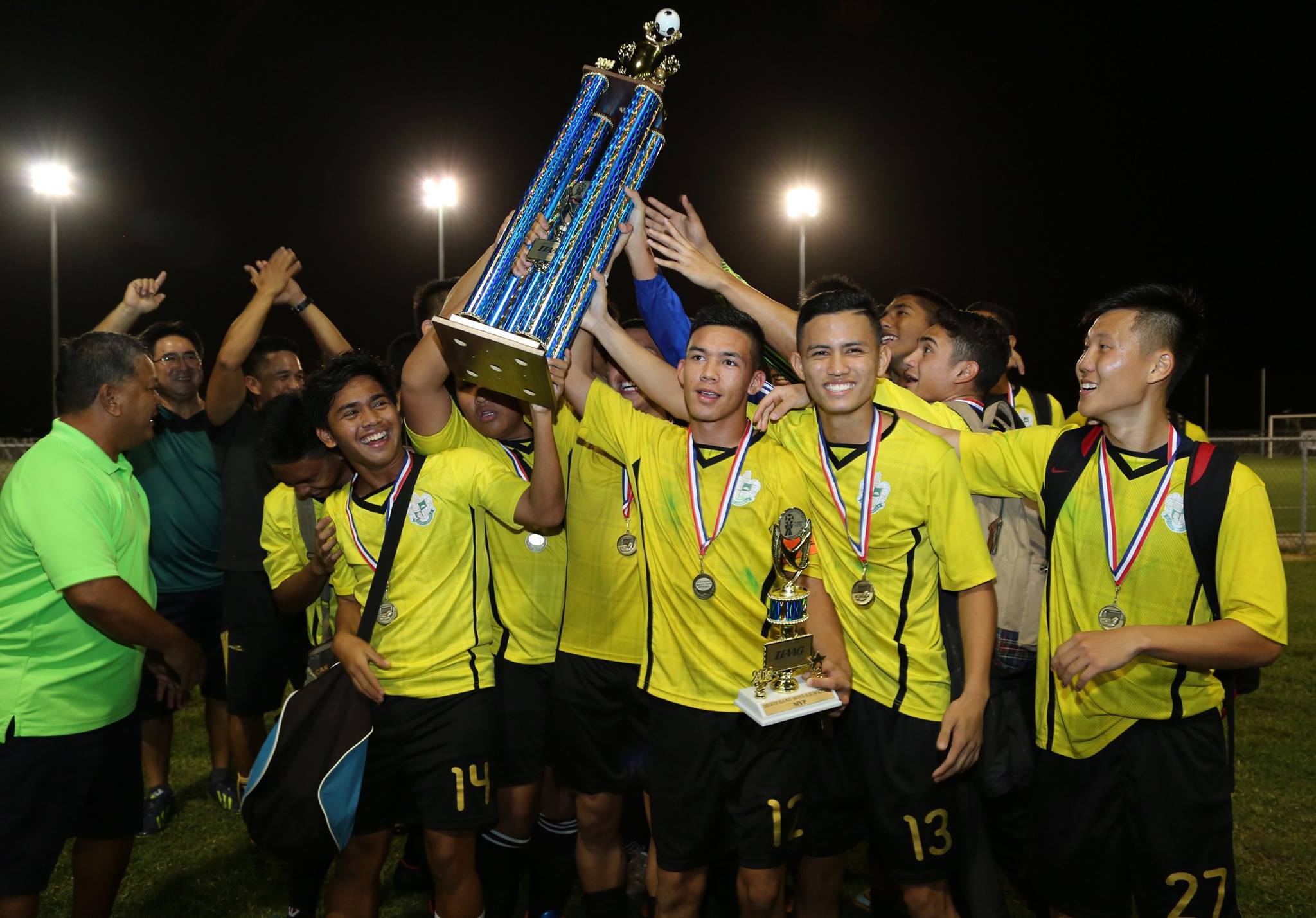 Posted at 03:52h in Interscholastics, News by GFA GW Admin 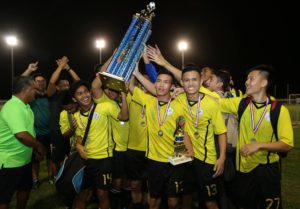 After being denied in last year’s final, the Islanders savored their championship win, a 2-0 victory over regular season league leaders Harvest Christian Academy. Sora Recella scored for the Islanders in the 26th minute, following up on a shot initially stopped by Harvest goalkeeper Sean Evans.

Four minutes later, Agustin Choi intercepted a pass from Harvest’s back line, sending the ball to captain Phillip Ogo, who took a long-distance strike that found the back of the net for the 2-0 advantage.

Harvest, ranked No. 1 in the regular season, continued to try to find ways to move through the JFK defense, but each shot on frame was stopped by Islanders’ keeper Wayne Jesus. 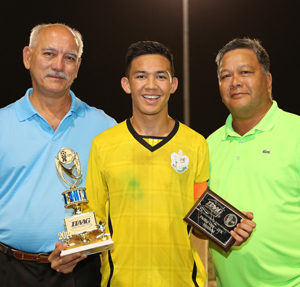