Jamboree Set for U6 to U12 in Youth Soccer 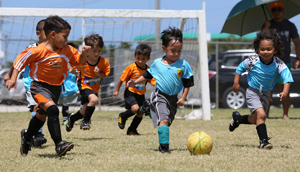 “The Jamboree is a lot of fun,” said Zaven Piolo, who plays for Community First Dededo Soccer Club in the U10 division. “I like the Jamboree because I get to play a lot of matches with my teammates. I get tired, but it’s fun. I like scoring goals and helping my teammates score goals.”

The Grassroots Jamboree will feature shortened, back-to-back matches for teams in the U6, U8, U10, and U12B divisions, as well as an activity station in the rotation. Many youth clubs also will celebrate the end of the season with player awards in a fiesta-like atmosphere. The Jamboree schedule will be available online at www.GuamFA.com.

For the U12A, U14 and U17 divisions, it will be business as usual with regularly scheduled matches.

In the U12A division, the No. 1 Wings will play the No. 2 ASC Trust Islanders for the division championship at 10:15 a.m. The Wings defeated the Guam Shipyard Wolverines 4-1 to earn a spot in the final. Mark Iseke scored twice and teammates Matthew Iseke and Niclas Vavra also scored. Shaun Paul Martinez scored the lone Wolverines goal off a corner kick.

In the U14 division, the Strykers Blue defeated Dededo 4-1 with a hat trick from Joshua Calvo and one from Lily Franklin. Isaiah Hilliard scored for Dededo.

The Tigers defeated the Sidekick SC 5-2. Seung Min Kim and Yu Chan Lee each scored twice and Robert De Lodge once for the Tigers. Giancarlo Abril and Andrew Unpingco scored for the Sidekick SC.

The Wings’ Tyler Presto scored four and teammates Takumi Ito and Konosuke Yoshida contributed two each in the team’s win over the Southern Cobras.

The Wolverines defeated Tumon Typhoons Soccer Club 3-0 with a pair of goals from Brianne Leon Guerrero and one from Chloe Salas.

In the U17 division, the Wings Black defeated the Wolverines 5-3 with goals from Jordan Jasmin, Thomas Park and Inochi Recella. Napu Mesa and Jay Cruz scored for the Wolverines.

The Orange Crushers and the Sidekick SC play in a U6 division Week 9 match of the Triple J Auto Group Robbie Webber Youth Soccer League at the Guam Football Association National Training Center. 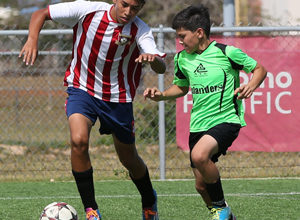 The Strykers Red’s Xavier Naputi makes his way to the goal against the Islanders in a U14 division Week 9 match of the Triple J Auto Group Robbie Webber Youth Soccer League at the Guam Football Association National Training Center. 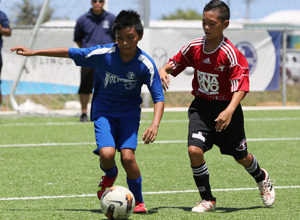 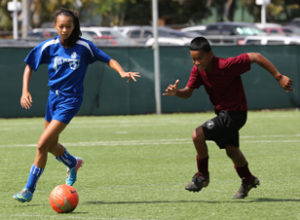 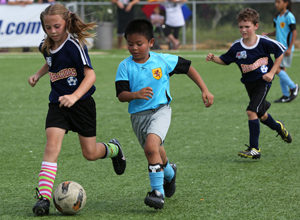 The Sidekick SC and the MWR Barracudas play in a U10 division Week 9 match of the Triple J Auto Group Robbie Webber Youth Soccer League at the Guam Football Association National Training Center. 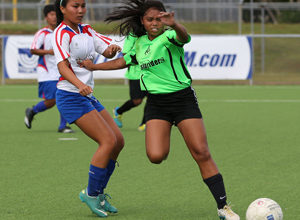 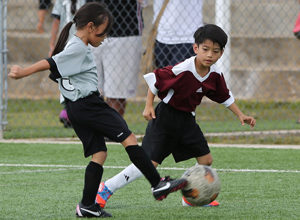 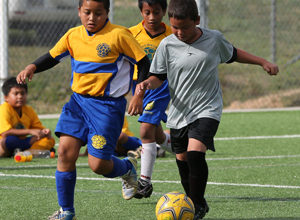