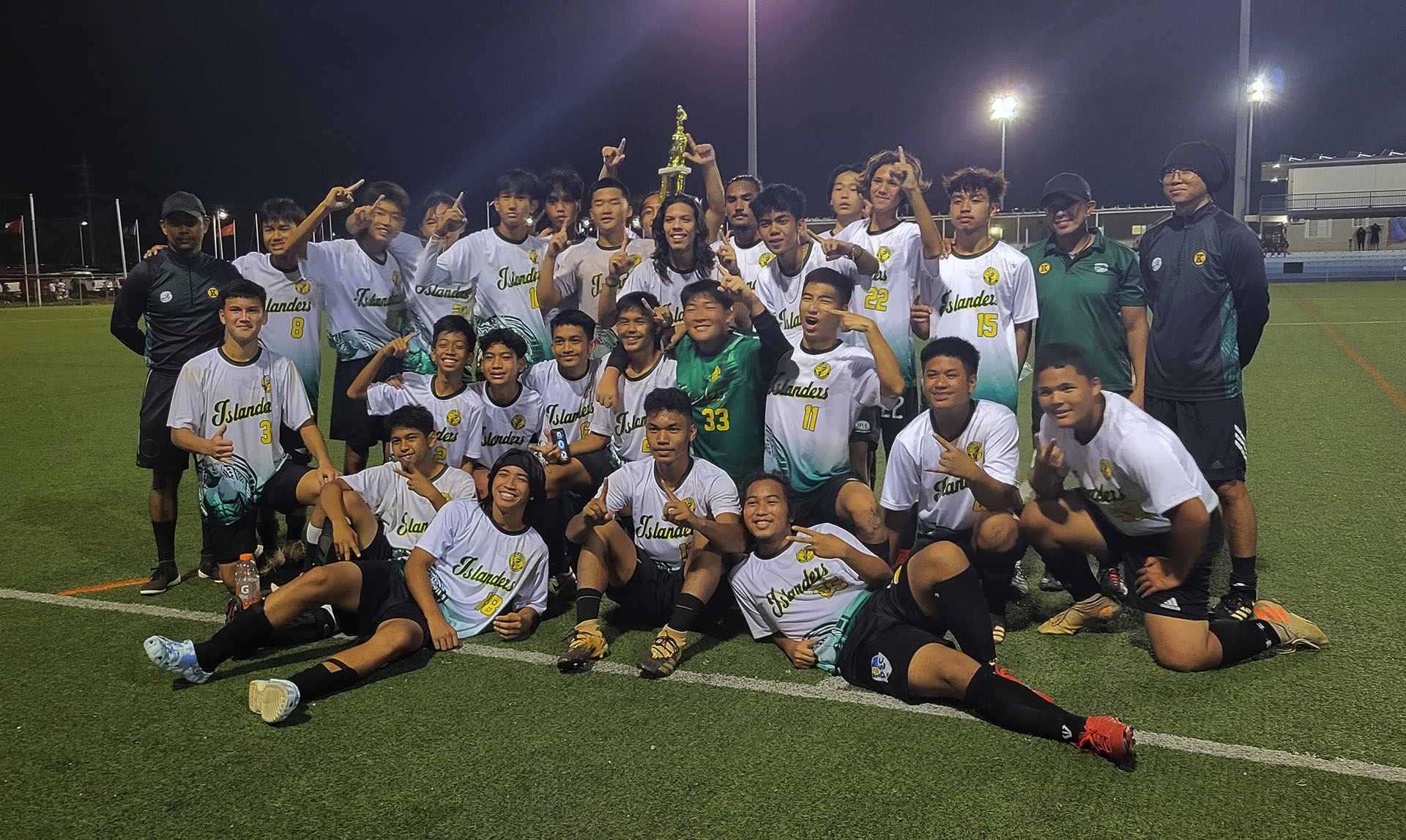 “It feels good that the team earned the championship title twice in a row – it’s a good accomplishment,” said Riku Meyar, MVP of the 2022 ISA Boys High School Soccer League. “I am thankful for the team that gave us a good game today, thankful for each of my teammates. It isn’t just about winning, it’s about teamwork and having fun, and most importantly, it’s about the bond we have.”

Meyar showcased his MVP quality on the pitch, commanding the midfield and helping his team build up on the attack, while also feeling comfortable taking the ball to the goal and working around defenders to find shot opportunities. Meyar was rewarded with two goals for the night, one in each half.

Meyar, a product of the Guam National Program, recently started for Guam in its match against the Northern Mariana Islands Men’s National Team, and brought a similar intensity to his school team.

“I give credit to the Guam National Program for helping me develop as a player,” Meyar, 15, said. “The coaches at nationals always push me to work hard and continue improving. It’s helped me play better on the field with my teammates and show it to the fans.”

Taiyo Kanekatsu also contributed two goals in the win – the first in the second minute of play and the seventh in the 69th minute. Kanekatsu also assisted one of Nakamine’s goals, and Joshua Benavente’s goal in the 47th minute.

The Sharks looked to repeat its regular-season performance against the Islanders after the team came from behind to win 3-2 and snap the eventual champions’ undefeated streak late last month. Sharks captain Shane Becker and midfielder Marvin Ednaco capitalized on opportunities in the midfield to send speedsters KK Kaminanga and Drake Fejerang on the wings toward the goal, but this time came up empty-handed by the final whistle. 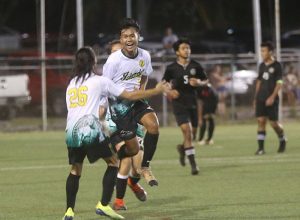 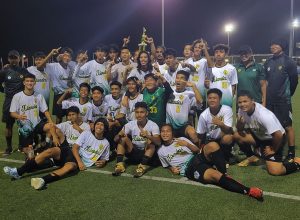 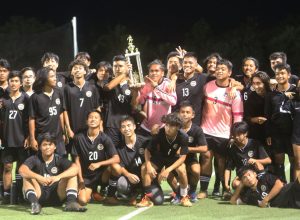 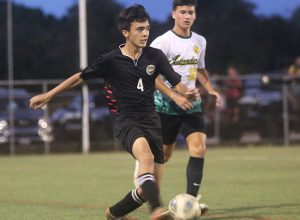 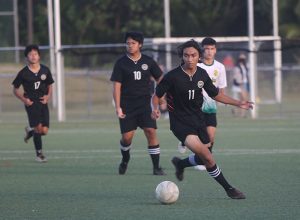 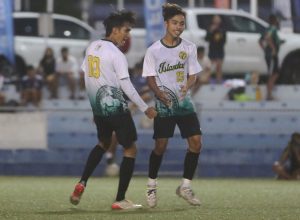