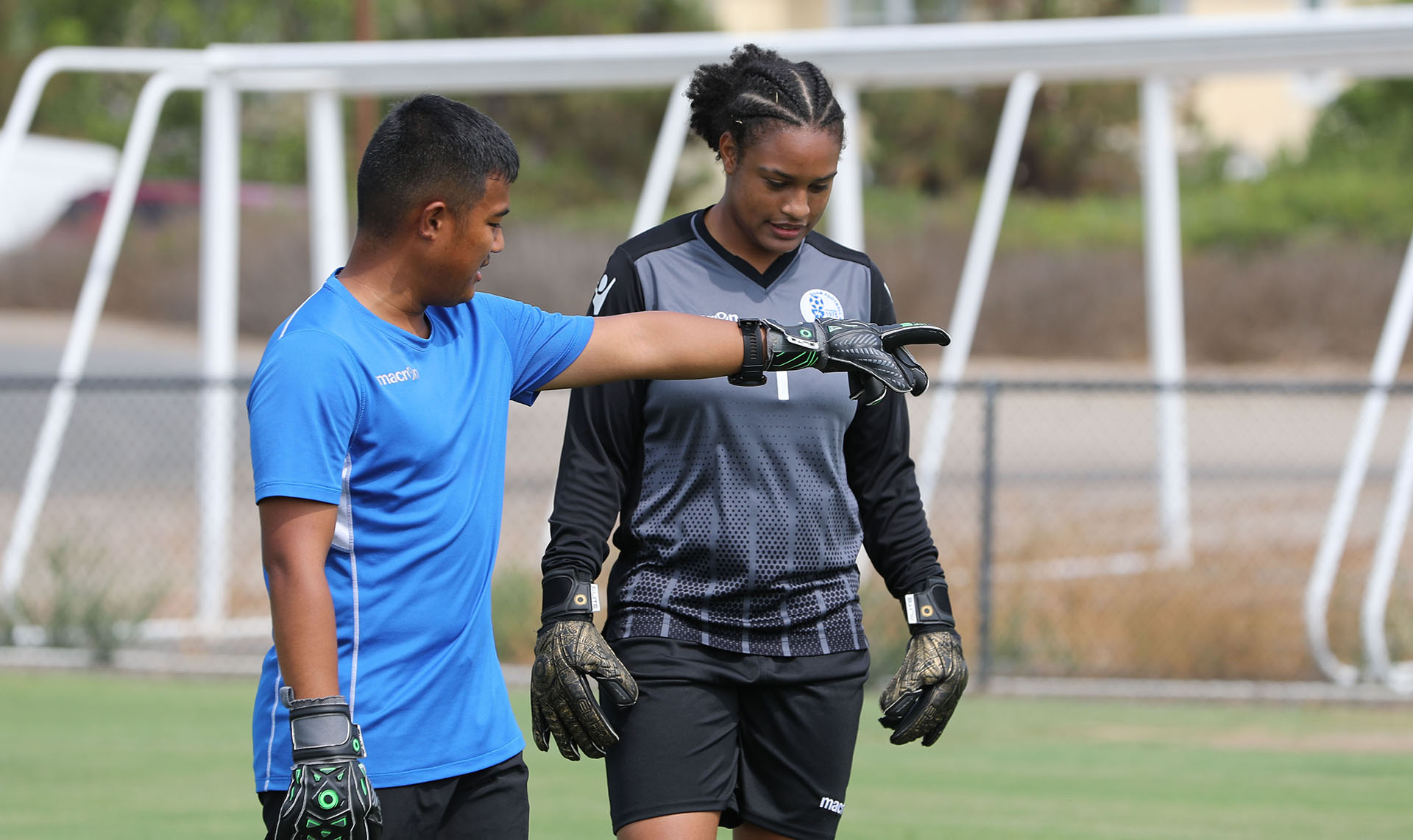 [September 28, 2021 – Harmon, Guam] After accepting a recent call-up to the Masakåda, 18-year-old goalkeeper Kiarra Hutcherson aims to earn a starting spot when the Guam Women’s National Team makes its return to international competition at the AFC Women’s Asian Cup India 2022™ Qualifiers next month in Kyrgyz Republic.

“I am both honored and excited to be able to take part in this tournament and I hope that I make my island, my teammates, and myself as well proud knowing that I truly gave it my all and that I represented Guam and its National Team program well,” Hutcherson said. “I am definitely making it one of my goals to earn the starting position on the Guam Women’s National Team; I’m preparing myself by taking my coaches’ advice, as well as learning and understanding the playing style that is required for me and for the team.”

A total of three goalkeepers will be called up to travel to Kyrgyz Republic when Guam Women’s National Team Interim Head Coach Ross Awa finalizes the travel roster before the tournament. From the 51-player preliminary roster, five other goalkeepers are listed: Sophia Garrido, Jena Cruz, Tristyana Santos, Angelyn Sobrevilla, and Gabrielle Moser.

“As football continues to develop new trends in the game, it is vital to select the right goalkeeper who has adapted to those demands,” Awa said. “It is important to select players that complement your goalkeeper’s ability, as it allows the team to be successful during the match.

“Kiarra has a great opportunity to compete for the starting position in the upcoming AFC Women’s Asian Cup India 2022™ qualifying matches. I trust that her confidence will elevate her ability to perform well during these important matches,” added Awa, who also is the Director and Head Coach of the Guam Goalkeeping Program.

Hutcherson made her debut for the Masakåda in 2017 when she was just 14 years old, entering the pitch against Singapore as a stoppage time substitute for Chyna Ramirez in the goal in an international friendly match. Since then, Hutcherson featured prominently on Guam’s U16 Women’s National Team and U19 Women’s National Team in AFC tournaments in 2018, as well as the Marianas Cup. Hutcherson started in goal in Guam’s 4-2 win over host country Sri Lanka in the AFC U16 Women’s Championship Thailand 2019™ Qualifiers and again against China, PR in the same tournament. In the AFC U19 Women’s Championship Thailand 2019™ Qualifier the following month, Hutcherson was a second-half substitute in the goal in Guam’s 12-0 shutout of the Maldives.

“I feel that as a Goalkeeper, I have gained a lot more of both experience and understanding of what my position is required to do at a higher level of football,” Hutcherson said. “I also feel that I’ve become more confident in my ability for this position as well.”

Hutcherson first started playing football when she was four years old and started playing in the goalkeeping position when she was eight years old. When she was 12 years old, she was invited to train as a goalkeeper with others selected for the Guam National Program. Hutcherson has traveled with various youth national teams to tournaments in China PR, Sri Lanka, Kygryz Republic, Hong Kong, and Saipan, among other venues. At the senior level, Hutcherson traveled to Singapore in 2017 and earlier this year, she was called up to a Guam Women’s National Team Identification and Training Camp in San Diego, Calif.

In domestic competition, Hutcherson played for the Guam Shipyard Wolverines at the youth level and most recently with the Bank of Guam Lady Strykers in the Bud Light Women’s Soccer League. Hutcherson is a 2021 graduate of Notre Dame High School.

The Guam Women’s National Team will make its return to the premier women’s continental tournament after an 18-year absence. The last time Guam played in the AFC Women’s Asian Cup was in 2003, the same year Hutcherson was born. 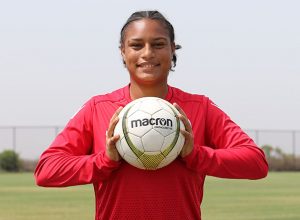 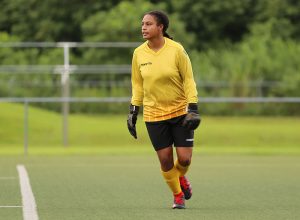