History made with win in first-ever women’s futsal international 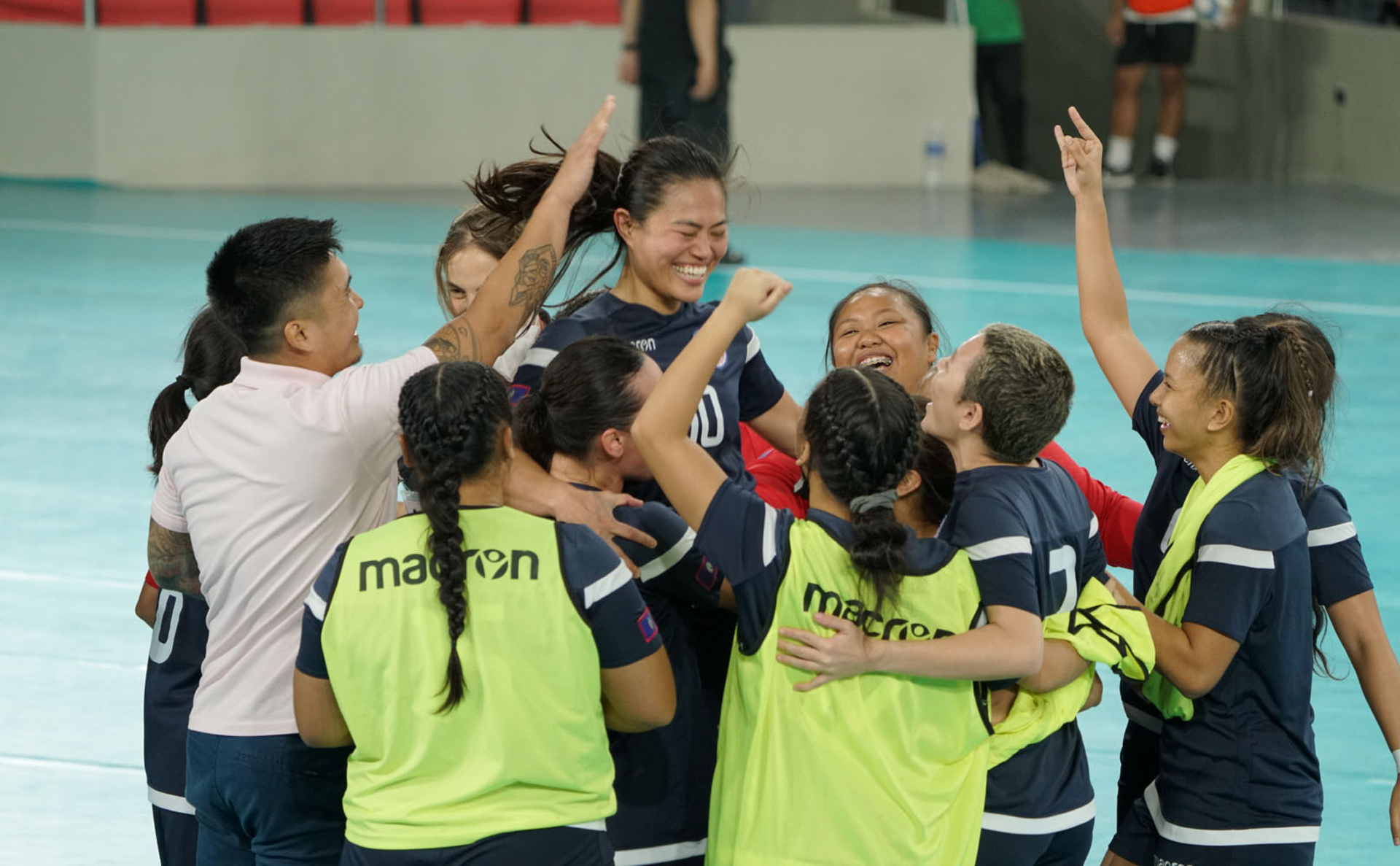 [October 16, 2022 – Harmon, Guam] History was made Saturday evening after the Guam Women’s Futsal Team secured a 1-0 victory over the Philippines in its first-ever international match at the Ninoy Aquino Stadium in Manila, Philippines.

“This win is very important as it will inspire the players in the women’s program,” said Ross Awa, Head Coach of Guam’s team. “My technical team and I will continue to rebuild the program as we develop the players through an established development plan, and we hope that futsal will be a part of it.

“This marks the start of a new avenue for our players in competition with future tournaments lined up at the international stage. I hope to provide a consistent, hybrid program of football and futsal for our youth teams, as it will naturally enhance their technical abilities and tactical understanding,” Awa added.

Guam broke the scoreless deadlock with just under five minutes left in the contest. After successfully defending a Philippines corner kick, Guam’s team quickly set up for a counterattack, finished by Koharu Minato with a long-range, arched shot that found the back of the net.

“I hope this win creates a lot of buzz and brings interest to the sport,” said Minato, Guam’s goal scorer. “ This is a really special moment for all of us being the first-ever Guam Women’s Futsal Team, so we want to make our mark and inspire many generations to come.

“This also brings a lot of excitement for our local women’s futsal league because we all represent different clubs. By elevating the level of play locally, we can step up our game for future international competitions. I look forward to the day when Guam gets a futsal world ranking,” added Minato, who plays for the Bank of Guam Strykers in the Bud Light Women’s Futsal League.

The selected Player of the Match came from the other side of the court in Guam goalkeeper Ashley Besagar, whose phenomenal performance and organized strategy on defense denied all of Philippines’ shot attempts, even from close range.

“This win means a lot to the island – it shows potential progress for the future of futsal in Guam,” said Besagar, who plays for Heavy Hitters/Nutrition Mission Southern Heat in the Bud Light Women’s Futsal League. “The game was an eye-opener to what it takes to be called up to represent your country. I’m looking forward to what the future has for the sport of futsal in Guam, especially in the women’s national team program.”

Guam hopes to make it two-for-two this weekend with its second match against the Philippines Sunday afternoon at 4:30 p.m. (6:30 p.m. Guam time). The match will be streamed via Facebook Live on Philippine Football Federation’s official Facebook page https://www.facebook.com/phifootballfederation 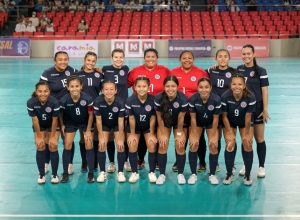 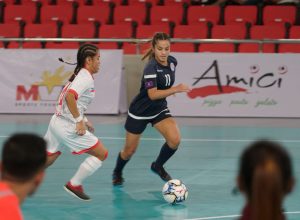 Guam’s Olivia Haddock (No. 11) tracks the ball in an international friendly match Saturday against the Philippines at the Ninoy Aquino Stadium in Manila, Philippines. Guam won 1-0 in its first-ever women’s futsal international match. Photo courtesy of Philippine Football Federation 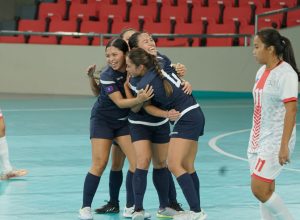 Guam’s Koharu Minato, center, celebrates with teammates after scoring the lone goal of the match against the Philippines in an international friendly Saturday at the Ninoy Aquino Stadium in Manila, Philippines. Guam won 1-0 in its first-ever women’s futsal international match. Photo courtesy of Philippine Football Federation 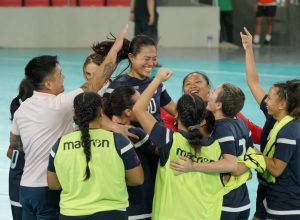 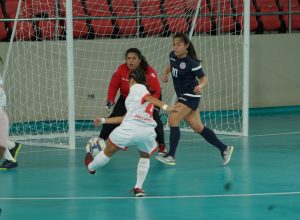 Guam goalkeeper Ashley Besagar (in red) stays focused to stop a shot attempt by the Philippines as teammate Koharu Minato moves in to assist in an international friendly match Saturday at the Ninoy Aquino Stadium in Manila, Philippines. Guam won 1-0 in its first-ever women’s futsal international match. Photo courtesy of Philippine Football Federation 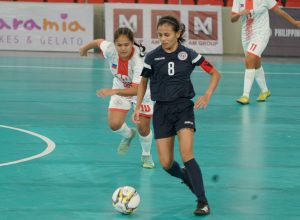 Guam Women’s Futsal Team captain Arisa Recella controls the ball as she moves forward on the attack against the Philippines in an international friendly match Saturday at the Ninoy Aquino Stadium in Manila, Philippines. Guam won 1-0 in its first-ever women’s futsal international match. Photo courtesy of Philippine Football Federation