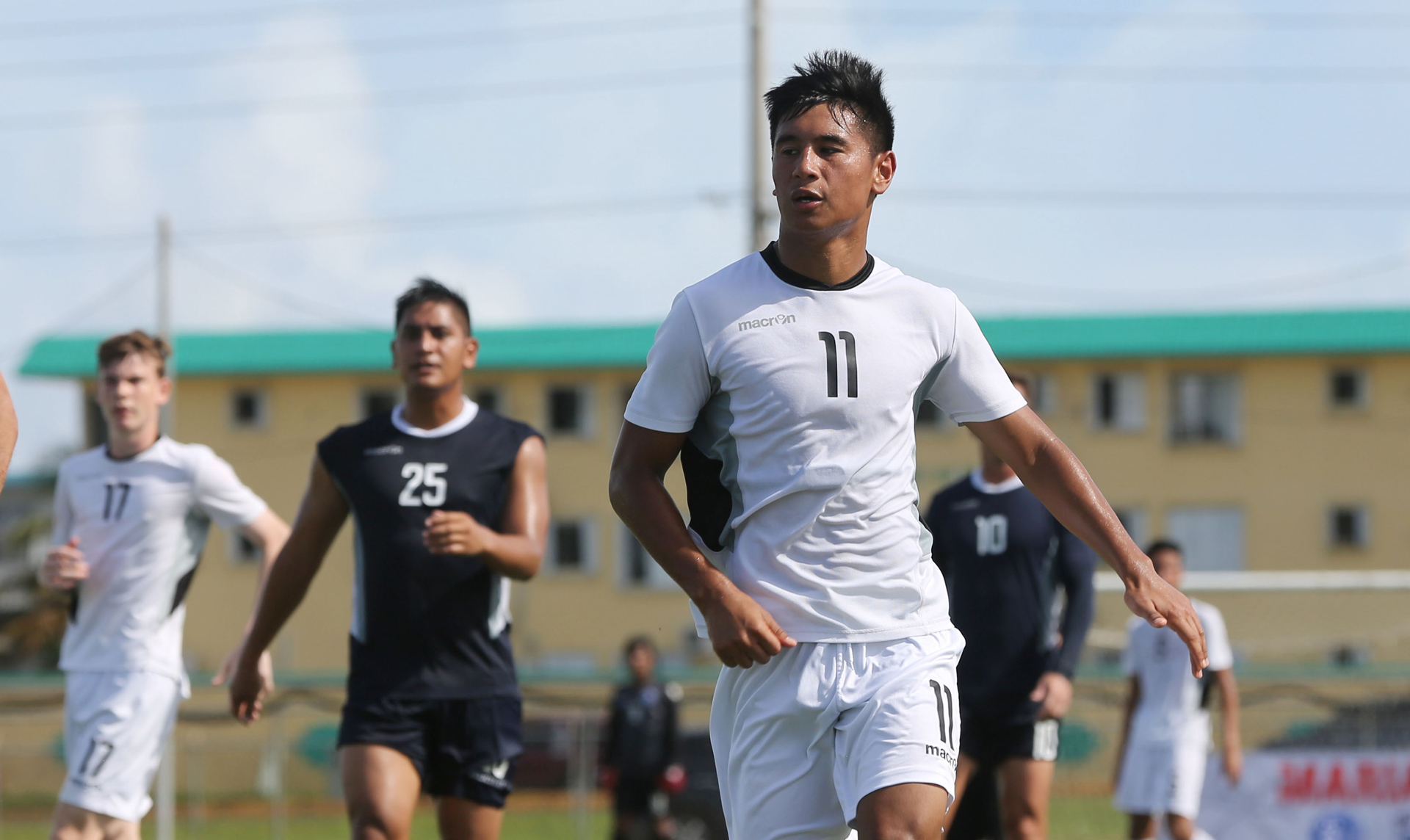 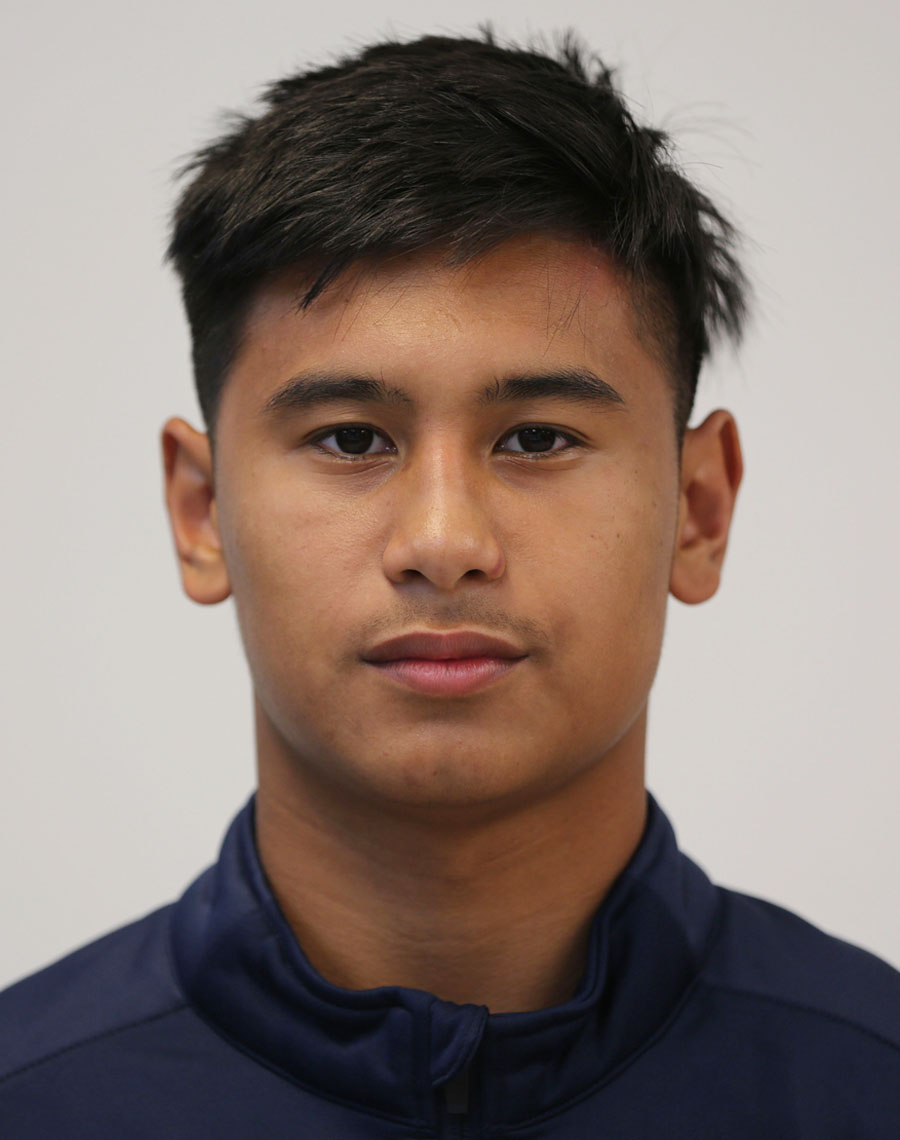 “My first intercollegiate match was an overall great experience,” said Hennegan, who is wearing jersey No. 21 for the season. “Coming off the bench, I was eager to make an impact in the game. I came on to the field very confident. Guam Football Association has prepared me very well for intercollegiate competition.

“Scoring a goal in my debut game was an amazing feeling. I know that I am not only representing my school, but also my island and family. My parents have sacrificed a lot to bring me overseas and I want to make them proud,” Hennegan added.

Hennegan earned 53 minutes on the pitch as a substitute in his debut, taking two shots and scoring his first goal of the season in the 42nd minute off an assist from teammate Charlie Barkman, the Bruins Web site states.

“I am very pleased with the news of Micah’s success in his debut in intercollegiate soccer,” said Sang Hoon Kim, Guam Football Association Technical Director. “He is adapting well to his new team and with his passion and personal drive to continue improving, he will only get better as the season progresses. We at GFA are all proud of his accomplishments so far, and I am confident that he still has much more to contribute to the team, and to Guam when he is called up for international duty.”

Hennegan is one of 13 freshmen listed on the Bruins’ 35-player roster and one of 15 listed midfielders, according to the Bruins Web site. Bob Jones University is a provisional NCAA Div. III member, while continuing to maintain its affiliation with the National Christian College Athletic Association (NCCAA), the Bruins Web site states.

Hennegan also played in the team’s second match of the season, earning 28 minutes on the pitch as a substitute against Carolina University on Sept. 19.

The team will next travel to Alabama to take on Faulkner University at 5 p.m. Tuesday Alabama time (8 a.m. Wednesday, Guam time). The match will be live streamed at https://www.youtube.com/FaulknerSportsNetwork the Bruins Web site states.

The Bruins’ home matches are available to view via Internet Live Stream at https://livestream.com/bju The team’s next home match will be played 7 p.m. Sept. 26 South Carolina time (9 a.m., Sept. 27 Guam time) against Trinity Baptist College. The season continues through to Oct. 31, followed by the NCCAA Div. II South Region and the NCCAA Div. II National Tournaments. A full schedule of matches is available online at https://www.bjubruins.com/sports/mens-soccer/schedule

“On Guam, I mostly played a striker position – the No. 9 – but playing out here, I am a midfielder,” Hennegan said. “One goal I have for myself is to become more familiar with my surroundings and playmaking abilities in the central midfield.

“Most importantly, my number one goal is to glorify God every time I step on the pitch,” Hennegan added.

At the international level, Hennegan accepted his first call-up to the Matao, Guam Men’s National Team, on Sept. 10 last year in the team’s FIFA World Cup Qatar 2022™ Qualifier of the Asian Zone Round 2 home match against the Philippines.

In 2018, Hennegan scored the match-tying goal against the Northern Mariana Islands in that year’s Marianas Cup, sending both teams to a penalty kick shootout. Guam prevailed in the shootout 5-3. Hennegan began playing internationally at the U13 level after accepting a call-up to compete for Guam at the EAFF U13 Youth Tournament in 2015.

In his high school senior year, he helped the Harvest Christian Academy capture the 2019-2020 IIAAG Boys High School Soccer League title and at the conclusion of the regular season, was named as the IIAAG All-Island First Team Utility player. 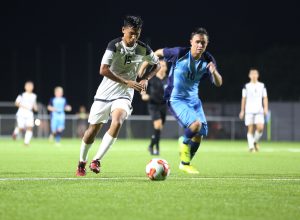 Guam’s Micah Hennegan advances the ball forward to score the eventual game-tying goal in regulation time against the Northern Mariana Islands during the 2018 Marianas Cup U17 Boys Division match at the NMI FA National Training Center in Koblerville, Saipan in this file photo. Guam defeated NMI 4-4 (5-3 p.s.o.) for the 2018 title. 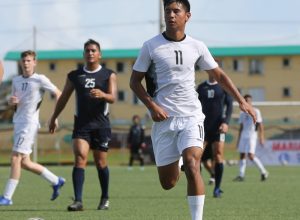 Micah Hennegan (11) looks to take the ball to the goal during a training session with the Matao, Guam Men’s National Team, at the Guam Football Association National Training Center in this file photo. Hennegan, a freshman at Bob Jones University in Greenville, South Carolina, made his intercollegiate men’s soccer debut on Sept. 12 and scored a goal in the Bruins’ 9-0 season-opening win against Toccoa Falls College. 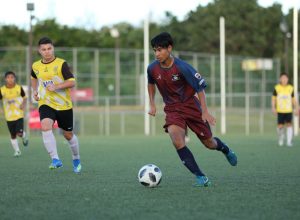 Bank of Guam Strykers B’s Micah Hennegan races through the midfield with the ball against the NAPA Rovers in a quarterfinal match of the Jamaican Grill 11th Annual GFA Cup, Guam’s premier men’s soccer tournament, at the Guam Football Association National Training Center on June 16, 2018 in this file photo.