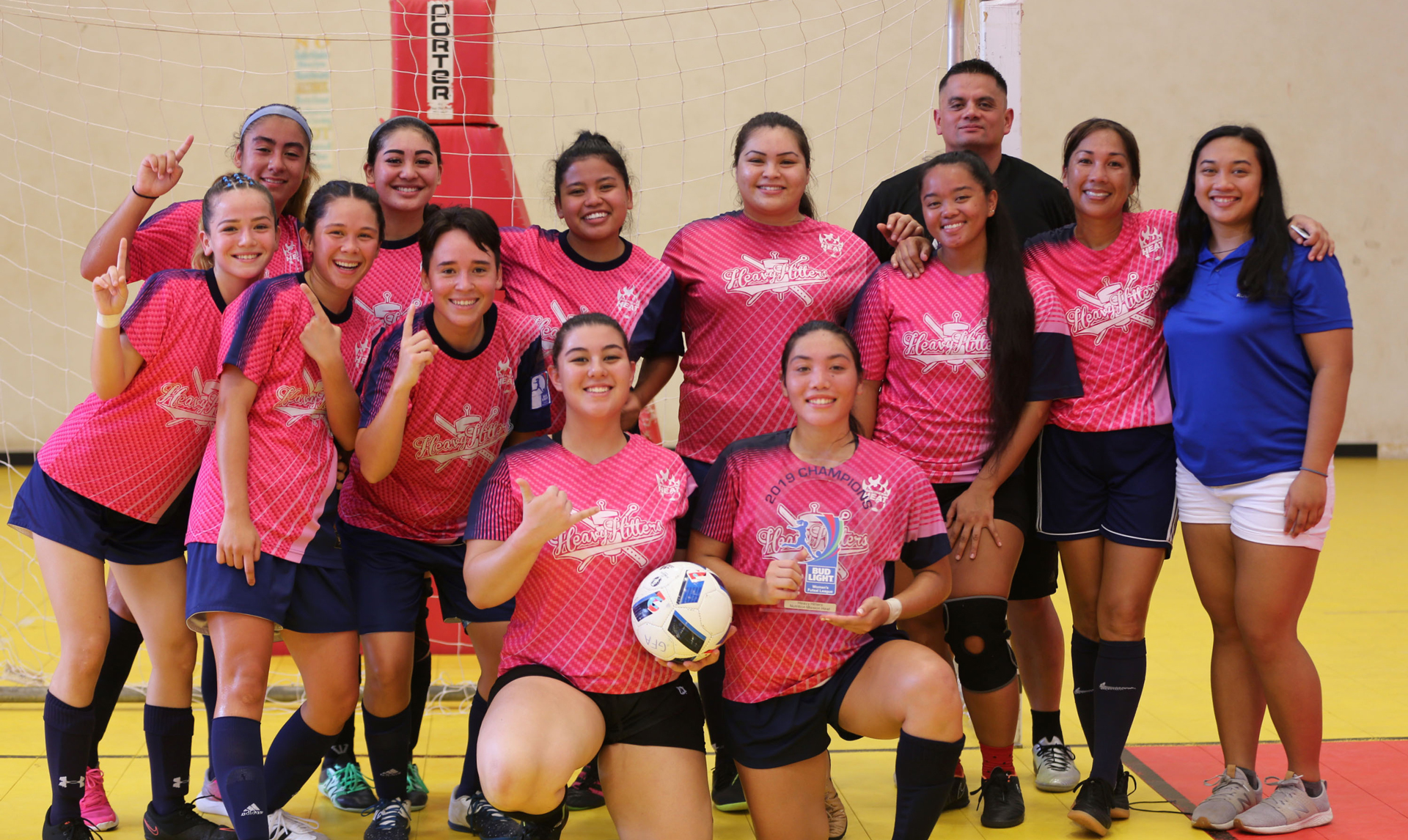 Tamica Hechanova, Harmony Yatar, and Alexandra Shimasaki scored one goal each for the winning team. The Heat’s other two goals came on Quality own goals.

Quality squandered a 3-1 lead at halftime and finished as league runner-up for the third-straight season. Despite the loss, Quality’s Franshay Shippey led all scorers with a hat trick and teammate Alisia Barcinas scored her team’s other goal.

In the awards ceremony after the match, Quality’s Paige Surber and Chyna Ramirez were honored with the 2019 season’s Golden Boot and Golden Glove awards, respectively.

In the Budweiser Men’s Futsal League, the Bank of Guam Strykers capped its undefeated season with an 11-7 championship victory over Guam Shipyard Sunday.

The Strykers outscored Guam Shipyard 6-2 in the deciding half after a level 5-all halftime score.

Aidan Dickson and Ian Mariano each scored hat tricks for the winning team and teammate Isiah Lagutang scored twice. Jason Cunliffe and Joseph Connelley also scored for the Strykers. The Strykers’ other goal came on a Shipyard own goal.

In the awards ceremony after the match, the Strykers’ Marcus Lopez was recognized as the 2019 season’s Golden Boot winner and Quality Distributors’ Brett Maluwelmeng earned the league’s 2019 Golden Glove award. 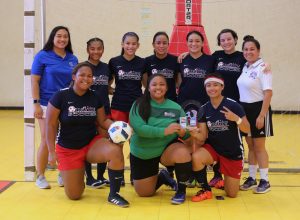 The Quality Distributors women’s futsal team poses with the second-place trophy of the Bud Light Women’s Futsal League during an awards ceremony after the league’s championship match Sunday at the Guam Sports Complex Gym. Quality Distributors fell to the Heavy Hitters/Nutrition Mission Heat 5-4 in the final. Photo by Samantha Bautista / GFA 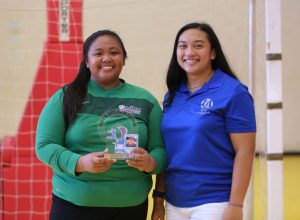 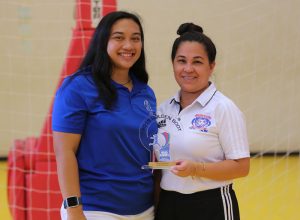