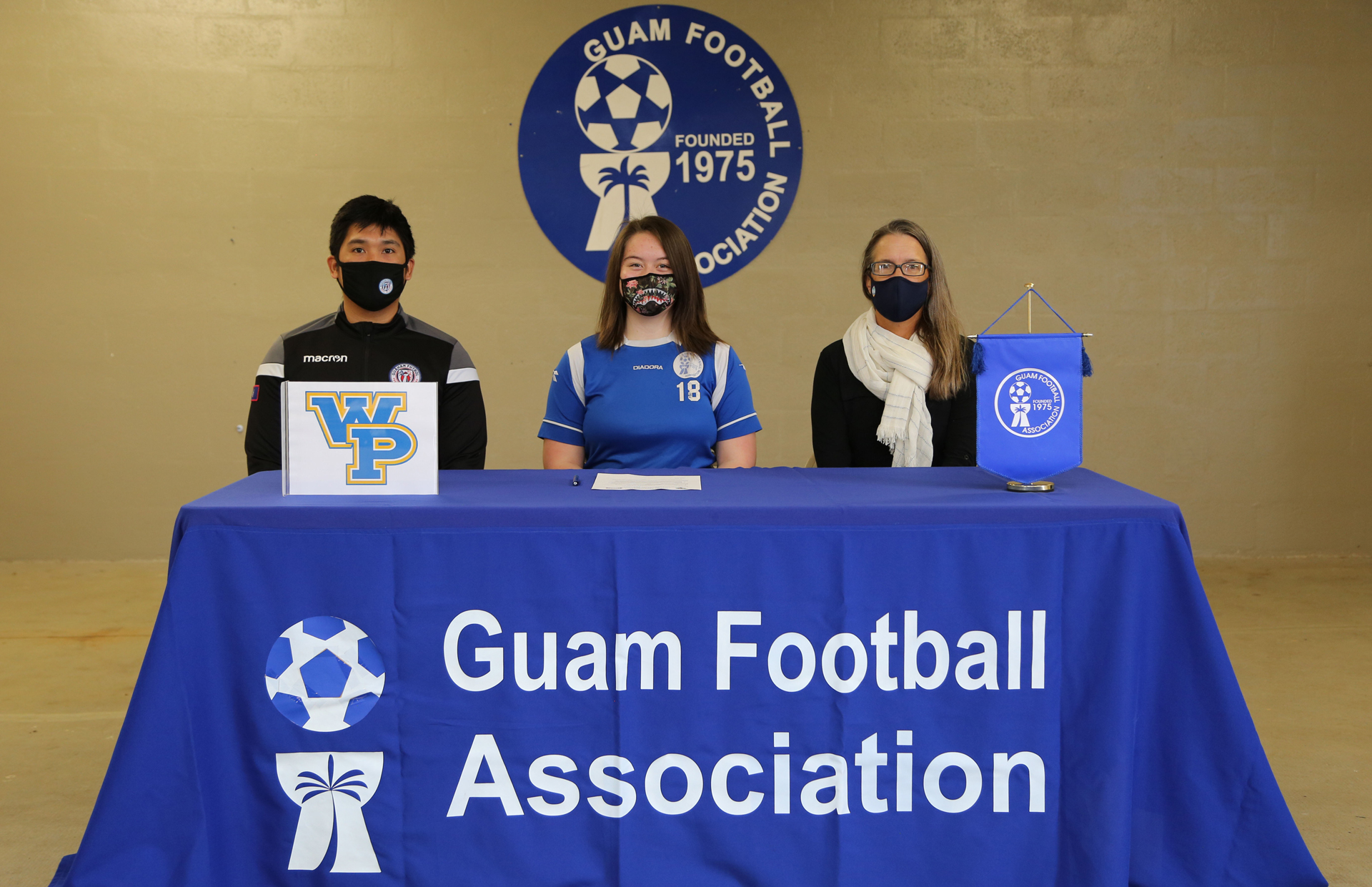 “I am extremely excited to have chosen a college program early, so I can start preparing earlier than others,” Guzman said. “William Penn had everything for me – the price range, the scholarship, the level of soccer that I believe I can compete in, and the university also had a Pre-Med track available for me. They also expressed great interest by inviting me to their campus to train with their team. 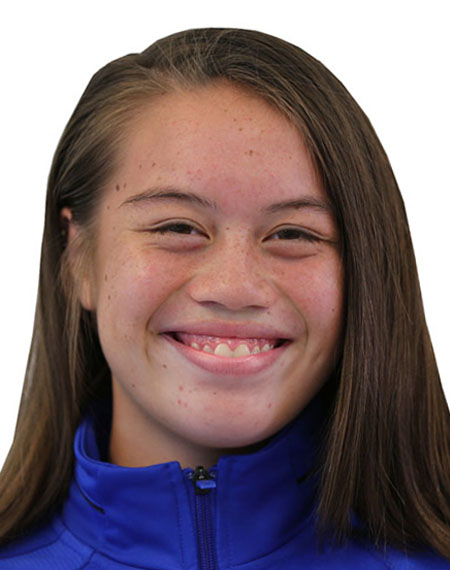 “My main objective for intercollegiate soccer as a player is to represent my island well and also to showcase skills obtained from experience with the Guam national program and school and club teams. I also want to contribute as much as I can to the team’s success,” the 17-year-old added.

Guzman connected with coaches at William Penn University through the Next College Student Athlete (NCSA) Web site. According to the NCSA Web site, “since 2000, more than 200,000 NCSA clients have reported their commitment to a college team.” Through the recruitment process, Guzman also was offered a scholarship by the university, which she accepted upon signing her Letter of Intent. The William Penn University Statesmen compete in the Heart of America Athletic Conference of the NAIA.

“I am pleased that Rylee has taken the initiative to fully commit to playing intercollegiate soccer as she moves up Guam’s Elite Player pathway,” said Sang Hoon Kim, GFA Technical Director and Head Coach of the Masakåda, Guam Women’s National Team. “By signing for a college early, she has ample time to prepare to compete at the intercollegiate level through our national program. Her strength is her perseverance and motivation to succeed. It’s important now for her to continue to train at GFA in the national program consistently at a high level, while also working on physical and mental fitness to meet the demands of the sport and school.

“On behalf of GFA, I would like to congratulate Rylee and her parents and family,” Kim added.

Guzman started playing soccer at the age of nine years old with Community First/Days Inn Dededo Soccer Club and like many nine-year-olds, she played because the sport was fun. After a couple of seasons, she moved to play for the ASC Trust Islanders and joined the United Airlines GFA National Academy program in 2014 in the U12 Division under Coach Samuel San Gil, where she was introduced to the idea of working toward playing intercollegiate soccer.

From the academy program, Guzman matriculated into various youth national teams, most recently selected to the Guam U19 Women’s National Team that competed in the 2019 Marianas Cup at the Guam Football Association National Training Center. Previously, Guzman played for Guam in various AFC and EAFF youth tournaments, including the AFC U19 Women’s Championship Qualifiers in 2018 in Bishkek, Kyrgyz Republic. Guzman started in the match against Maldives, eventually scoring a stoppage time goal in Guam’s 12-0 win.

“I would also like to thank Guam Football Association for helping me gain the knowledge of competitive soccer and prepping me for this level of soccer – starting from the U12 National Academy program to the Masakåda, Women’s National Team,” Guzman added.

Guzman plans to major in Biology, while following a Pre-Med track. Guzman currently trains with the Masakåda and U20 Women’s National teams three times a week this month, while balancing her academic workload at Tiyan High School. Guzman also plays for the Islanders FC women’s team in the Bud Light Women’s Soccer League Premier Division. 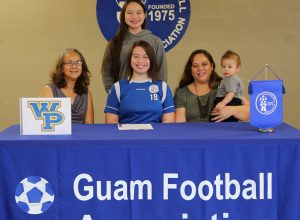 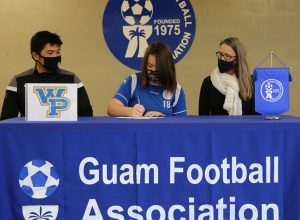 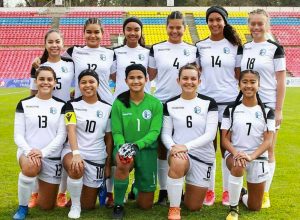 Rylee Guzman, No. 18, poses with teammates for Guam’s starting 11 photo ahead of the team’s match against the Maldives in the AFC U19 Women’s Championship Qualifier in Bishkek, Kyrgyz Republic in this October 2018 file photo. Guzman signed an early Letter of Intent to play intercollegiate women’s soccer for the William Penn University Statesmen in Iowa in the Fall 2021 season and also accepted a scholarship offered to her during the recruiting process. Photo courtesy of the Football Federation of Kyrgyz Republic.