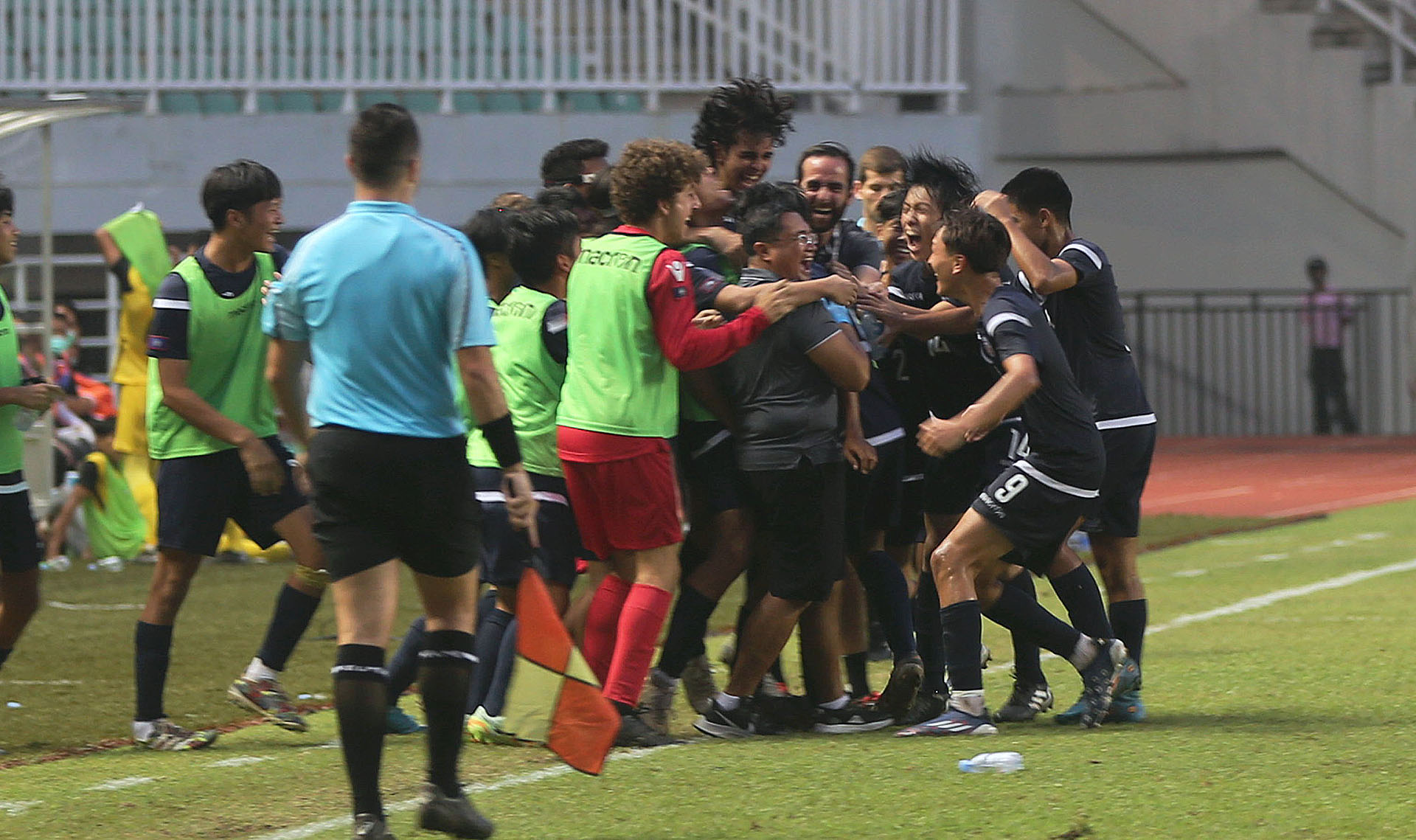 [October 6, 2022 – Harmon, Guam] Consistent cycles of intensity by the Guam U17 National Team frustrated Malaysia, while rewarding Guam with a goal in a 1-1 draw on Match Day 3 of the AFC U17 Asian Cup Bahrain 2023™ Qualifiers at the Pakansari Stadium in Bogor, Indonesia.

“Every five minutes we reset our focus to keep the intensity on,” said Samuel San Gil, Guam U17 National Team Coach, during the post-match press conference when asked about Guam’s strategy going into the mid-tournament match against Malaysia.

Guam’s strategy paid off on both ends of the pitch, forcing errors from Malaysia, including a costly second yellow card shown to Muhammad Adam Mikaeel in the 64th minute, while also opening scoring opportunities.

Malaysia eventually struck first with a goal from Muhammad Qahir Dzakirin in the 73rd minute, but the lead was short-lived.

Guam substitute player Riku Meyar made an impact within seven minutes of entering the pitch striking a long-range shot in the 84th minute, forcing Malaysia goalkeeper Muhammad Aliff Aiman to furiously backpedal and eventually fall back into the goal with the ball.

“It was a team effort,” said Jacob Toves, Guam’s goalkeeper, during the post-match press conference. “The whole team worked … all game through the end.  Even when we went down one, we never dropped our heads and just kept going – and we got the result.

“Coming out here to get a result like that, it’s a surreal moment,” Toves added.

After the match, excitement filled the players as they rushed to congratulate each other and their coaches.

Malaysia entered the match against Guam following a two-day break after its 4-0 win against Palestine. Guam played in back-to-back matches against the group’s top two teams before Wednesday’s match.

In the evening’s other match, Indonesia edged United Arab Emirates 3-2.

With the Match Day 3 draw, Guam moves up to the fourth position in group rankings ahead of Palestine.

Guam now will have a two-day with a scheduled bye for Match Day 4. Guam will play its final match on Oct. 9 against Palestine at 4 pm Indonesia time (7 pm Guam time). 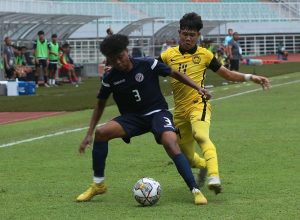 Guam’s Donovan Moss stays in control of the ball away from Malaysia’s Muhammad Afiq Hakimi during a Match Day 3 fixture of the AFC U17 Asian Cup Bahrain 2023™ Qualifiers against Malaysia Wednesday at the Pakansari Stadium in Bogor, Indonesia. Guam drew 1-1 with Malaysia. Photo by Samantha Bautista / GFA 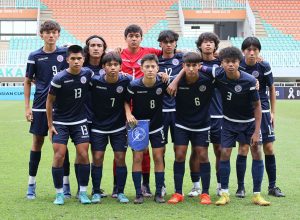 Guam’s starting 11 players pose for a group photo ahead of its Match Day 3 fixture of the AFC U17 Asian Cup Bahrain 2023™ Qualifiers against Malaysia Wednesday at the Pakansari Stadium in Bogor, Indonesia. In the photo are, front row from left to right: Nicholas Moore, Beau Perez, Gavin Baker, Erwin Manibusan, Jr., and Donovan Moss. In the back row, from left to right, are Samuel Stenson, Urban Ramirez, Jacob Toves, Raif Sablan, Brenden Tuey, and Sean Halehale. Guam drew 1-1 with Malaysia. Photo by Samantha Bautista / GFA 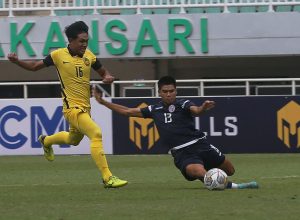 Guam’s Nicholas Moore slides to clear the ball away from Malaysia’s Muhammad Ammar Shauqi during a Match Day 3 fixture of the AFC U17 Asian Cup Bahrain 2023™ Qualifiers against Malaysia Wednesday at the Pakansari Stadium in Bogor, Indonesia. Guam drew 1-1 with Malaysia. Photo by Samantha Bautista / GFA