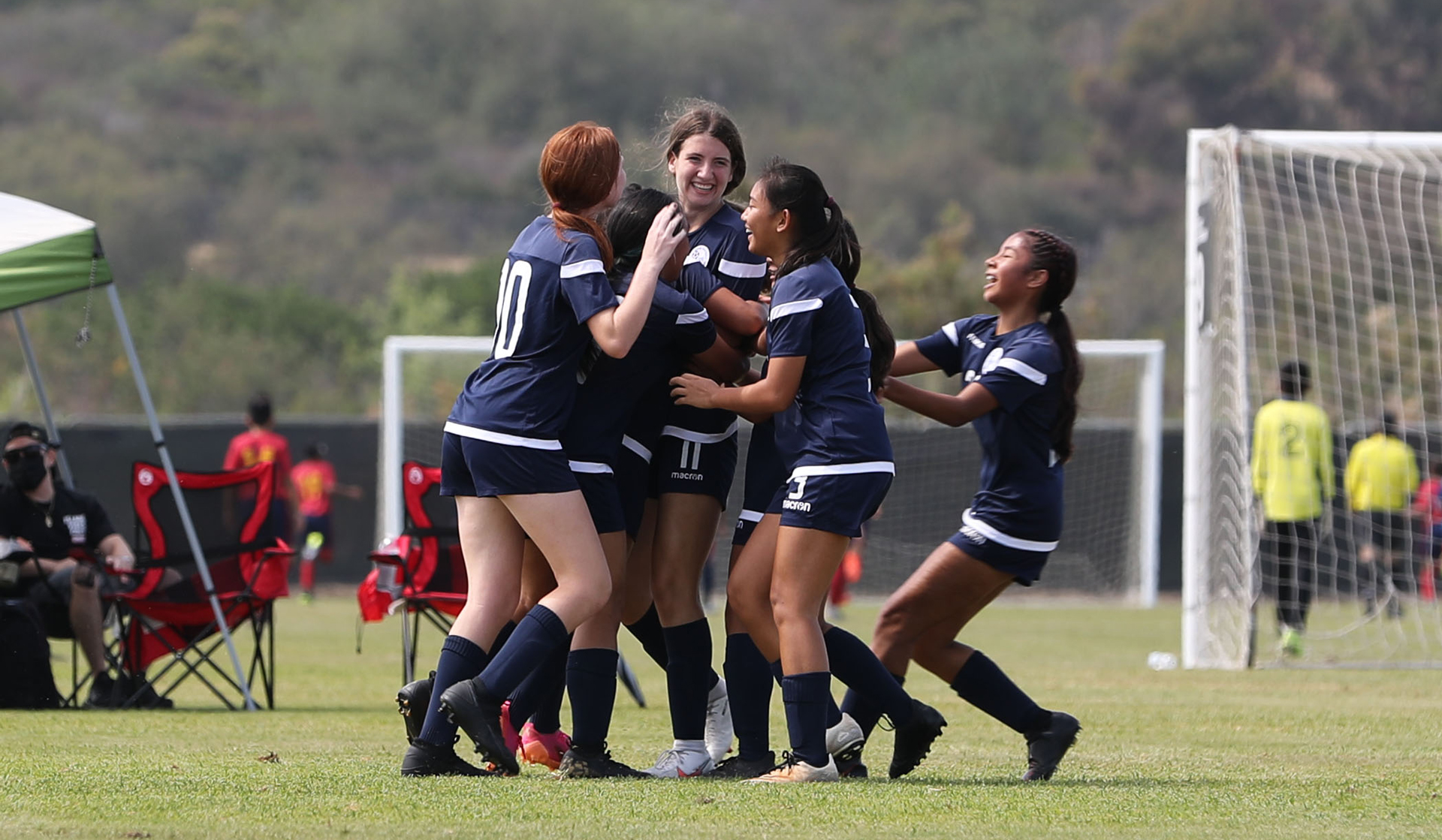 [July 10, 2021 – San Diego, Calif.] The U17 Select Women’s Team played to a 2-2 draw with San Diego Surf in its opening match of the 15th Copa del Mar Sharks Invitational Tournament at the San Diego Polo Fields Saturday morning, and fell to the San Diego Force G-03/04 Breaux 3-0 later in the day.

Chase Stewart, a 13-year-old incoming freshman at Guam High School, scored both of Guam’s opening match goals – first leveling the match 1-1 to open the second half after chipping the Surf goalkeeper from the right side. After the Surf managed to re-gain the lead minutes later, Stewart finished a free kick from the right side to the upper 90 of the opposite post for the 2-2 score line. Guam’s team continued to push for the game winner, but time expired to force the draw.

“I think after we got the first goal, that really changed the rest of the game,” Stewart said. “Everyone was more positive – I really feel like something clicked and we had a connection after that. Our passes got better, our shots were more accurate, and so that, for me, was the best feeling ever because everyone was like a team again after the rough first half.

“The training and talent identification camp really helped us coming into this tournament, especially bringing in a few extra players who play here. It really got us used to the competitive environment here,” added Stewart, who also plays for the ASC Trust Islanders in Guam.

During the team’s training camp, Guam Football Association Technical Director, Sang Hoon Kim, and U17 Select Women’s Team Head Coach Derrick Cruz invited three players from San Diego with ties to Guam as part of talent identification for upcoming tournaments. The players took part in training sessions and during the scrimmage against Chula Vista FC, before the Guam-based players competed in the Copa del Mar tournament.

The team is playing up in the tournament, competing in the U18 division. The age range of Guam’s players is from 12 years old to 16 years old.

“We’re going up against some older girls, and it’s hard, but fun,” said Stewart’s older sister Taylor, who is also on the team. “It’s challenging in a way that we can get creative and just try to do our best. The training camp has been a really good preparation for us – not only as individual players, but also as a team. We’re all rooming together, staying in the same facility to train – it helps build trust among the players and chemistry on the field as well.

In Guam’s second match of the day, the team battled to a 0-0 draw in the second half with San Diego Force G-03/04 Breaux, but could not overcome the three-goal deficit from the first half.

“I feel like their playing style is different from what we’ve learned and play back home – it’s more of a physical game, and I think the height difference with some of the players played a big part too,” said Gabrielle Moser, one of the team’s goalkeepers and also one of Guam’s tallest players on the squad. “Out here, there’s a lot of tall players, and we’re not really used to going up against many taller opponents, so that was interesting to work with.

“(Regardless of the result), for sure, the hunger to play and win is back (after the pause due to the COVID19 pandemic) and we need more of these experiences. I’d like to thank GFA for giving us this opportunity, because without them, we wouldn’t be here – also, to the staff and coaches for putting in the time to help us improve all as a team and as players. I would also like to thank my Grandma back home for supporting me through all this and staying up late at night to watch me play,” added Moser.

The team plays at least one more match Sunday afternoon. The 1 p.m. (San Diego time) match will be against the DMCV Sharks Torres. 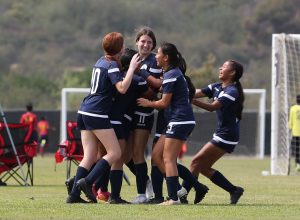 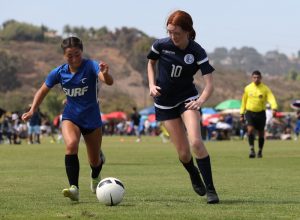 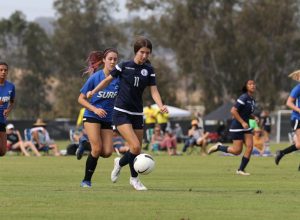 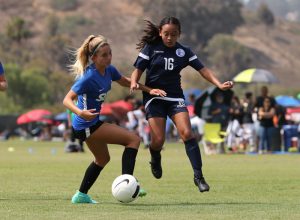 Guam U17 Select Women’s Team player Analea Meno leaps to get past her San Diego Surf opponent to the ball in the team’s opening match of the 15th Copa del Mar Sharks Invitational Tournament at the San Diego Polo Fields Saturday morning. The Guam team battled to a 2-2 draw with San Diego Surf. 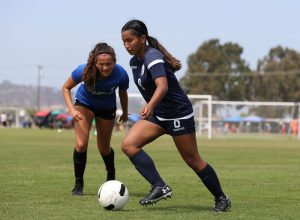 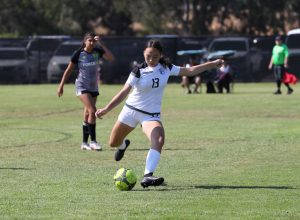 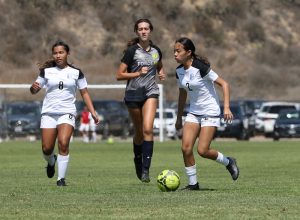 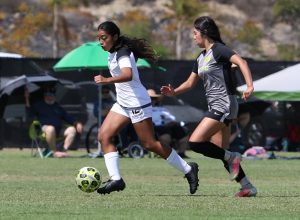