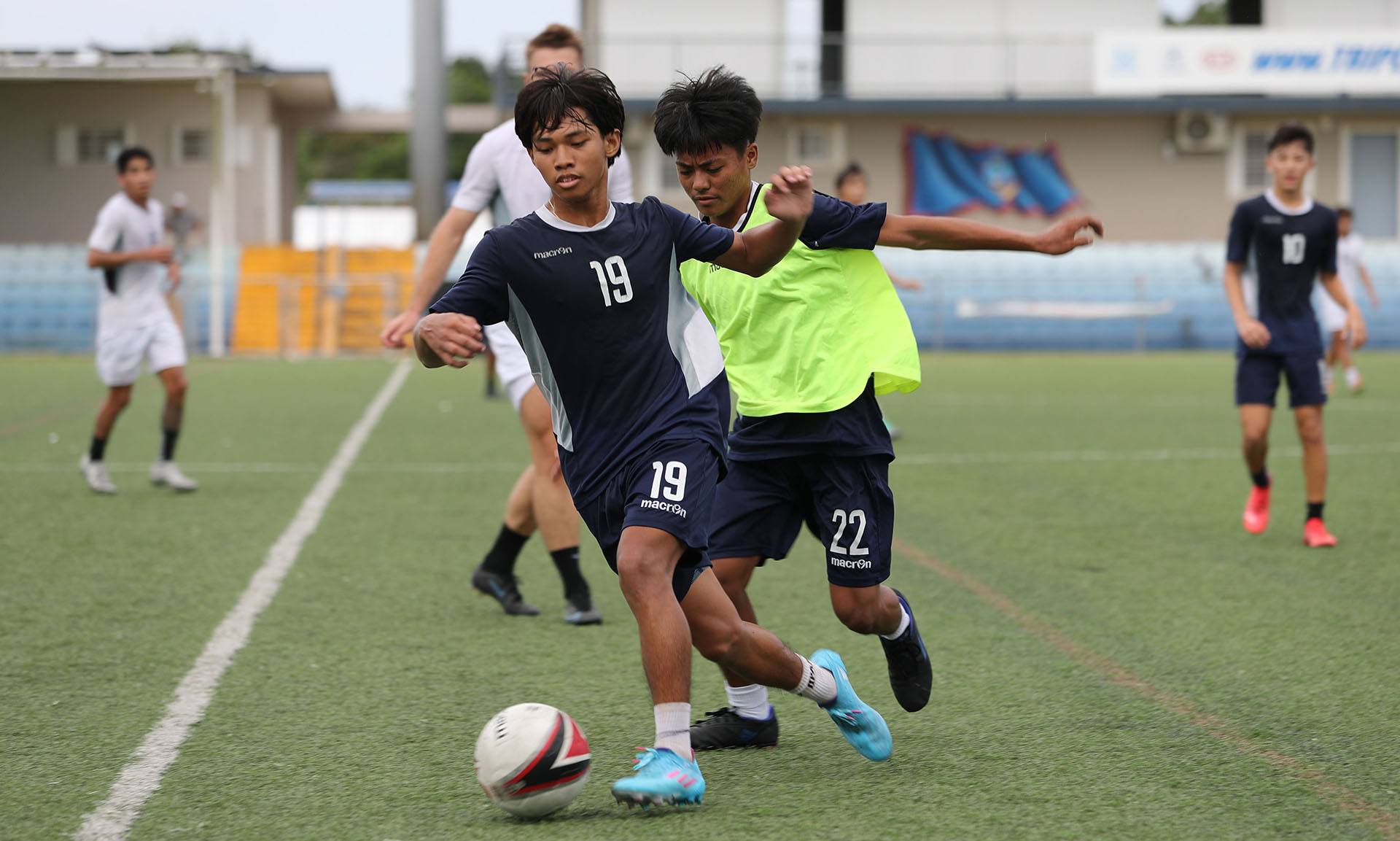 Posted at 01:49h in U17 Men’s Tournaments by GFA Website Manager
[July 12, 2022 – Harmon, Guam] Players selected from the Guam’s U17 Boys Team training squad will test their mettle against their peers from United States club teams in two elite tournaments in California beginning this weekend.

The team of 17 players first will compete against other teams from Bracket D of the Davis Legacy College Showcase (Boys Edition) beginning July 15 at the Tsakopoulos Family Soccer Complex, formerly known as the Davis Legacy Soccer Complex in Davis, Calif. Next, the team will travel to San Diego for the 2022 Surf Cup in the Boys U17 Division at the So Cal Sports Complex and begin tournament play July 22.

“Playing in these tournaments is something we are definitely looking forward to because it will be a good opportunity for us to gain high-level, international experience which we need,” said 16-year-old Nicolas Chargualaf. “The experience we gain will not only better us as a team, but will definitely contribute to our development as players. Competing against some of the best teams in the United States, we’ll also have a chance to show our skills.

“We’re always wanting to keep our standards high and also to keep that competitive spirit among the team,” added Chargualaf, who attends Father Duenas Memorial School and plays for Wings FC.

“I commend all the players in this group for putting in the work and sacrifices to not only better themselves as players, but to collectively contribute to the success of the team,” said San Gil. “I’d also like to commend each player’s parents who continue to support them in their elite football development. We are going into these tournaments to learn and gain experience against high-level opponents, while also attracting college and club coaches at the tournaments to Guam’s Youth National Program and its players by asserting our playing style to produce results.

“For the team’s coaching staff, this will be an excellent opportunity to further gauge the levels of individual players – their abilities, fitness, and decision-making – in high-intensity matches. We have the upcoming AFC U17 Asian Cup Qualifiers in October this year in Indonesia that we are also preparing for and we will be taking the best players eligible to represent Guam,” San Gil added.

Guam’s team will officially open the Boys U17 Premier Division at the Davis Legacy College Showcase with a match against the Davis Legacy 06B Red/ECNL at 6 p.m. California time Friday, followed by a 4 p.m. California time match against the El Dorado Hills Soccer Club 06B Gold the next day. On the final day of pool play, Guam’s team will take on the LAFC SoCal-SCV B2006 Black-Cardenas at 10 a.m. California time. Only the top teams from five brackets, as well as three wild cards will advance to the tournament’s quarterfinal matches beginning July 17.

Information about the Davis Legacy College Showcase, including schedules, is online at https://tournaments.davislegacysoccer.org/college-showcase-boys-edition/

Information about the Surf Cup, including schedules, is online at https://surfcupsports.com/surf-cup/ 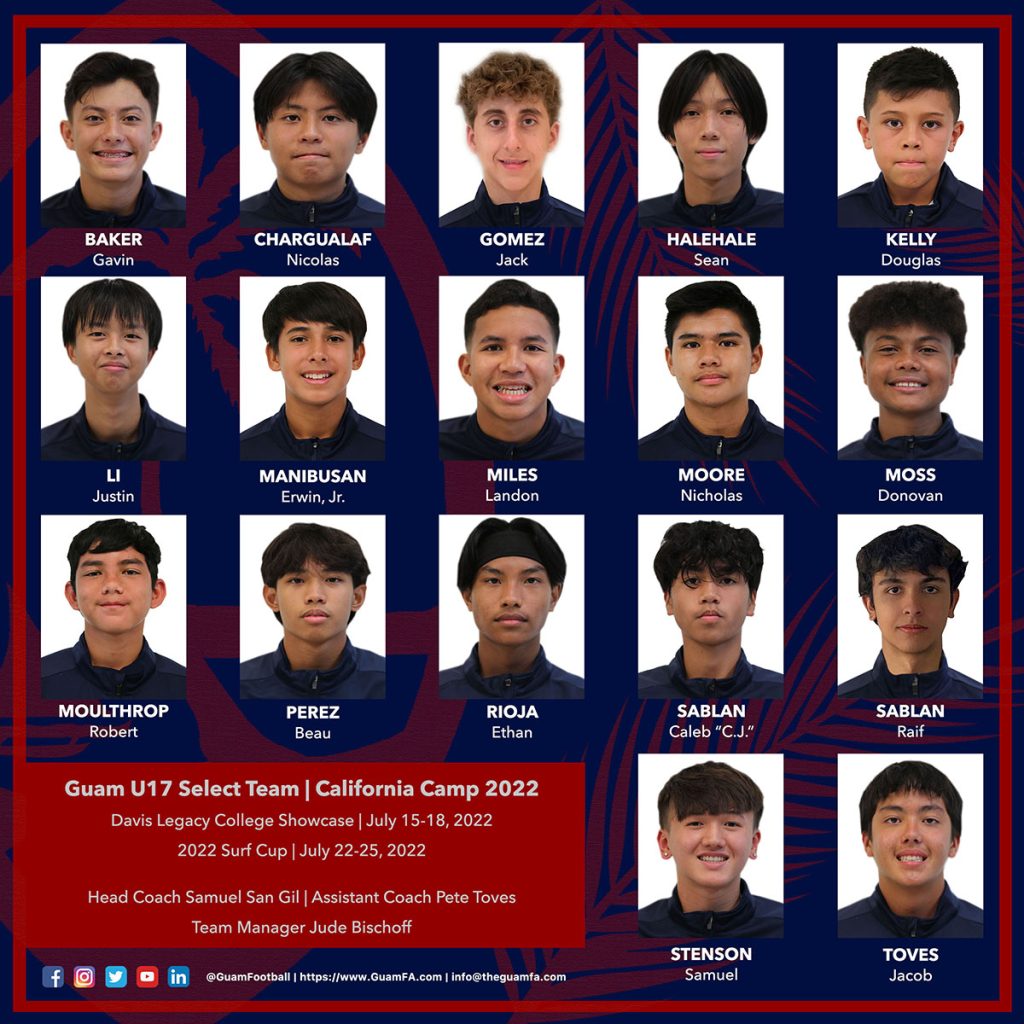