Guam U17 select begins training ahead of Copa Del Mar 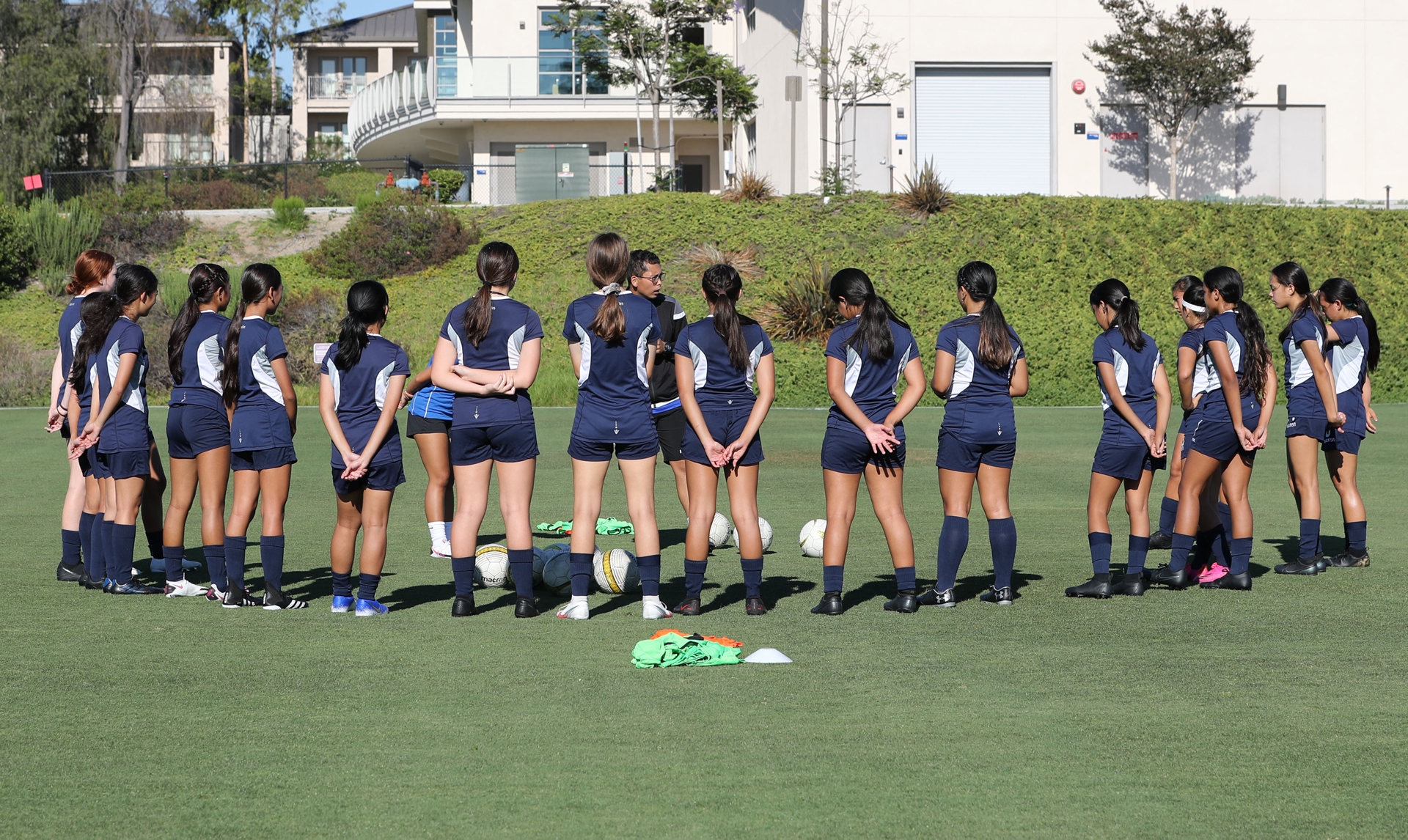 The team of 20 players, mostly from Guam’s U17 Women’s Training Squad, are set to compete in the upcoming 15th Copa del Mar Sharks Invitational Tournament this weekend at the San Diego Polo Fields.

“We were ecstatic to get back on the pitch – especially the one we trained at – it was a new environment, a new field for us to play at, and it was a great opportunity to play on a field like the one at (Chula Vista Elite Athlete Training Center),” said Hannah Tedtaotao. “The environment was nice, the field was clean and balanced – it’s really well kept. I think the facility itself is a great environment for training – it’ll definitely help us prepare for this weekend’s tournament. I think it’s being around the pitch and staying in the same sports facility and also seeing other elite athletes working to improve in their respective sports – it really encourages us to want to do the same.

“I know the matches in the tournament this weekend will be difficult, but I feel that we’re going to get a lot of experience just challenging different teams,” added the 16-year-old Harvest Christian Academy junior.

The team departed Guam Monday morning and traveled via Honolulu and Los Angeles before arriving in San Diego, also on Monday morning, after over 12 hours on plane rides. Tedtaotao’s teammate, Victoria Rapadas, also enjoyed being out on the pitch despite the challenges from spending almost a day in and out of airports.

“I think we had a good first training session even though we were all trying to wake up from the long plane rides and the jet lag we were experiencing,” Rapadas said. “But I also think that having the practice session the same day we flew in will help us overcome the jet lag. The facility we are staying at is really nice and training here will prepare us well for this weekend’s tournament. We also get to experience another professional training environment – it makes me feel professional being here training.”

Rapadas started with the United Airlines GFA National Academy in the U8 Girls Division and eventually matriculated into Guam’s youth national teams, while also playing club soccer for the Sidekick SC. Now 15 years old, the Academy of Our Lady of Guam student currently plays for Quality Distributors, now in its Bud Light Women’s Futsal League season.

The Chula Vista Elite Athlete Training Center, a U.S. Olympic and Paralympic Training site, “covers 155 acres of state-of-the-art sports venues,” the facility Web site states. The U17 select players and staff are all staying in two- or four-bedroom suites with football pitches within walking distance, as well as eating three meals per day at the facility’s dining hall.

The team will continue to do a few twice-a-day sessions and scrimmages before the invitational event opens with matches on July 10. 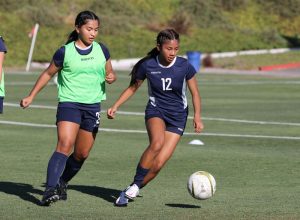 Hannah Tedtaotao plays the ball during the first session of the team’s training camp at the Chula Vista Elite Athlete Training Center in San Diego, Calif. The U17 Women’s Select Team is set to play in this weekend’s 15th Copa del Mar Sharks Invitational Tournament. 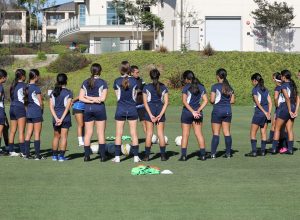 U17 Women’s Select Team Head Coach Derrick Cruz discusses the next training session activity with the team players during the first session of the team’s training camp at the Chula Vista Elite Athlete Training Center in San Diego, Calif. The U17 Women’s Select Team is set to play in this weekend’s 15th Copa del Mar Sharks Invitational Tournament. 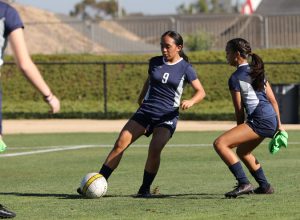 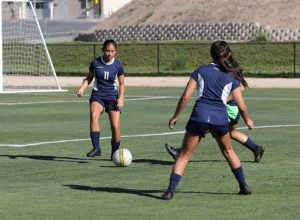 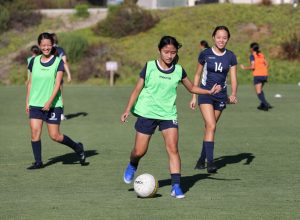 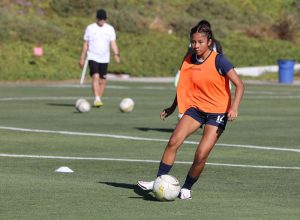