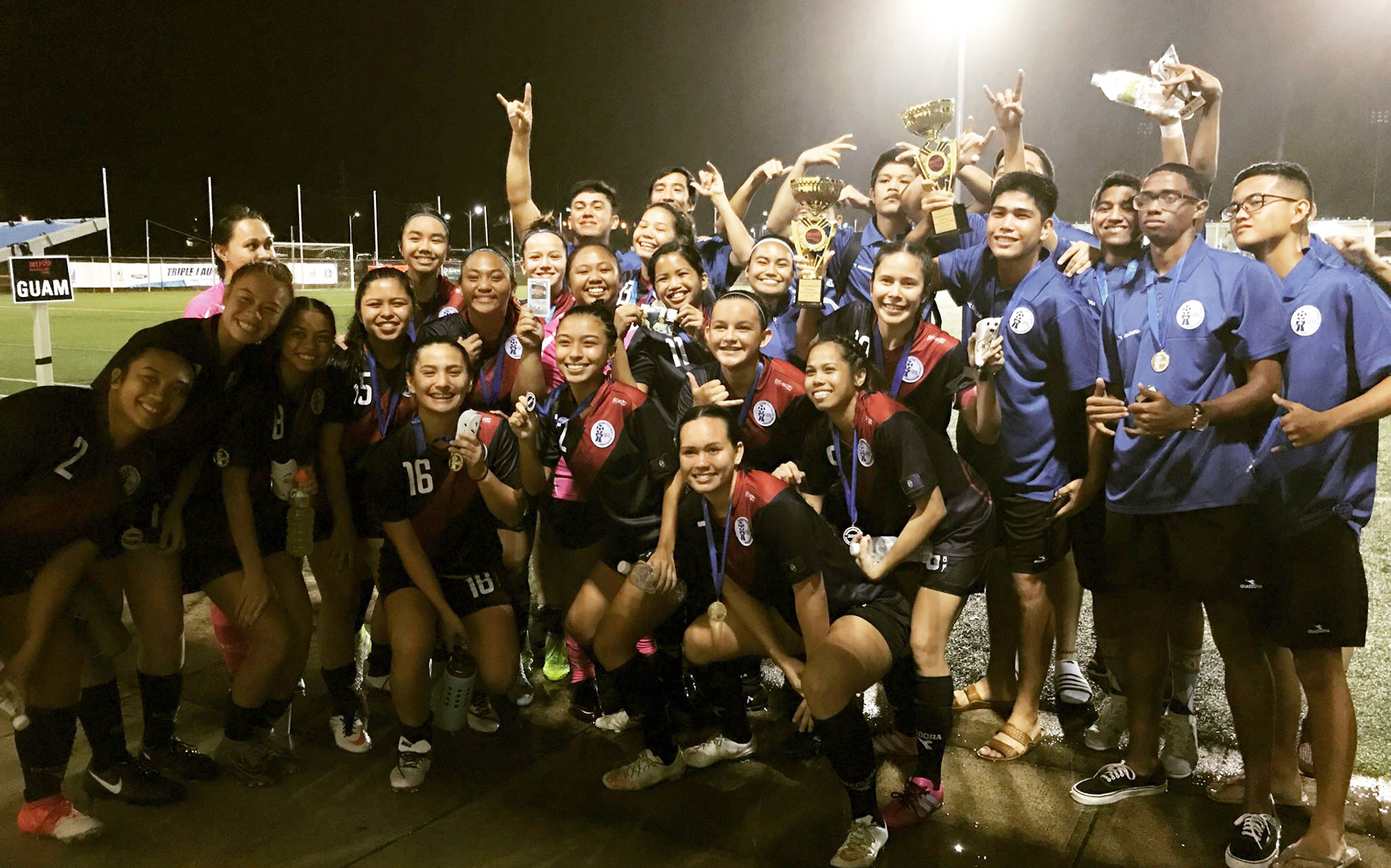 Posted at 17:45h in Masakada Tournaments, Women's: Masakada by admin

[October 9, 2017 – Harmon, Guam] – Guam’s teams in the Women’s Marianas Cup 2017 and the Youth Marianas Cup 2017 got the job done Sunday, defeating their Northern Mariana Islands counterparts with a pair of shutouts at the Guam Football Association National Training Center.

The Guam Women’s National Team “Masakåda” defeated the Northern Mariana Islands Women’s National Team 6-0 in the teams’ second meeting since the summer of 2016 during the EAFF E-1 Football Championship Preliminary Round 1 Women’s Competition. April Talledo scored twice in her debut for Guam, including the match’s first goal in the 16th minute. Skyylerblu Johnson also scored twice in the contest – once on a penalty kick in the 36th minute and another in the 58th minute.

Of the 17 players on Guam’s roster, 14 made their debuts, including eight that also recorded their first starting eleven selections at at the women’s international level. Goalkeepers Chyna Ramirez and Alleria Putnam shared Guam’s clean sheet in the contest. Captain Anjelica Perez received Player of the Match honors.

In the U18 competition, the Guam U18 All-Stars edged the Northern Mariana Islands U18 National Team 1-0 on a 52nd minute goal by eventual Player of the Match Devan Mendiola. Sean Evans and Shawn Sablan shared the All-Stars’ clean sheet in the contest.

The next Marianas Cup competition will be held in Saipan next year.