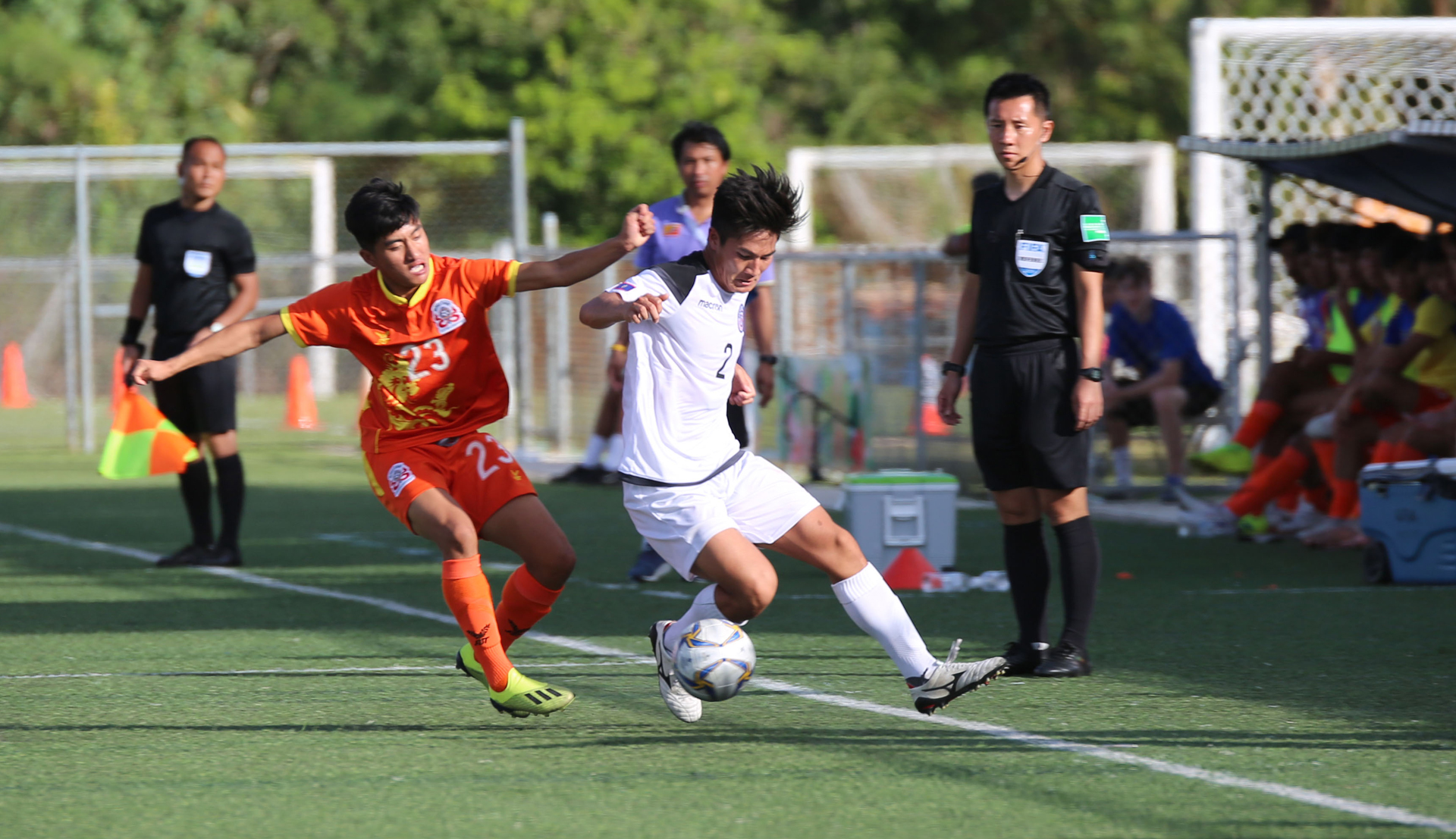 [June 12, 2019 – Harmon, Guam] Guam’s home fans were treated to a spectacular display of high-level football in a 5-0 win by the Matao against Bhutan Tuesday afternoon in the second-leg fixture of the FIFA World Cup Qatar 2022 and AFC Asian Cup 2023 Preliminary Joint Qualification Round 1 at the Guam Football Association National Training Center.

Needing to win by two goals to advance, the Matao ransacked Bhutan for five to stamp its authority on the pitch and proving the 1-0 loss in Bhutan a total aberration. Captain Jason Cunliffe scored the eventual series winner in the 26th minute and tacked on a pair of goals in the second half to lead Guam with a hat trick.

“Playing at home is something we always enjoy as the stadium is a fortress for us. We are very difficult to beat at home and we were determined to deliver what the fans wanted,” Cunliffe said in the post-match press conference. “Bhutan did well in the first leg as they pressed us – we ran away a little bit from our principles, but in the return leg, we played the way we were expected to.

“We knew that if we scored the first goal, we would go on to score more as the pressure would be on Bhutan. They are the higher ranked team and had less travel time compared to us. Once we scored the second goal, we were in control. I never expected to score a hat-trick but I am glad I did as it helped the team. This match is now over and we have to wait and see how the draw goes but it’s back to the drawing board for us as we must prepare well,” Cunliffe added.

Isiah Lagutang notched his first-ever international goal at the senior level burying an assist from Cunliffe in the 23rd minute to put Guam in the driver’s seat early on. Shane Malcolm scored Guam’s other goal on a solo effort in the 51st minute.

“The difference between the first and second matches was that the team turned up for the second leg,” said Karl Dodd, Guam Head Coach. “They showed what we have worked on the last 14, 15 months.”

The work continues as the next round of qualification will afford the Matao eight international matches beginning September this year through to June next year. Four of the eight matches will be played in Guam.

Guam had never lost a home match before I.R. Iran’s 6-0 victory against the Matao on Nov. 17, 2015 in that year’s FIFA World Cup qualification cycle. I.R. Iran continues to be Asia’s top-ranked team in the latest FIFA/Coca-Cola World Ranking for the month. I.R. Iran will again be among the top eight teams in Asia that could potentially be drawn against Guam in Round 2 of the qualification cycle this year. The official draw will be held July 17, 2019 in Doha, Qatar. The other seven teams in Pot 1, based on June’s World Rankings are Japan, Korea Republic, Australia, Qatar, United Arab Emirates, Saudi Arabia, and China PR. 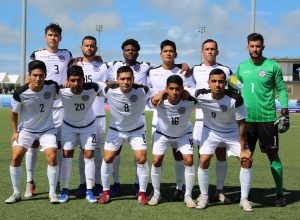 Guam’s starting 11 players against Bhutan pose for a photo ahead of its Round 1 match of FIFA World Cup Qatar 2022 and AFC Asian Cup 2023 Preliminary Joint Qualification at the Guam Football Association National Training Center in this file photo. The Matao is set to open its bid in Round 2 of the joint qualifiers in September with a pair of home matches against the Maldives and the Azkals from the Philippines. In the photo are, front row from left to right, Isiah Lagutang, A.J. DeLaGarza, Mark Chargualaf, Devan Mendiola, and Marcus Lopez.  In the back row, from left to right, are Marlon Evans, Shawn Nicklaw, Shane Malcolm, Ian Mariano, captain Jason Cunliffe, and Dallas Jaye. 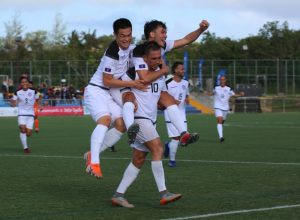 Guam captain Jason Cunliffe gets swarmed by teammates Eddie Na (left) and Marlon Evans (on his back) after scoring one of three goals against Bhutan in a Round 1 match of FIFA World Cup Qatar 2022 and AFC Asian Cup 2023 Preliminary Joint Qualification at the Guam Football Association National Training Center. Guam won 5-0. 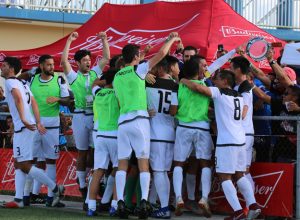 The Matao celebrate with fans after one of captain Jason Cunliffe’s three goals against Bhutan in a Round 1 match of FIFA World Cup Qatar 2022 and AFC Asian Cup 2023 Preliminary Joint Qualification at the Guam Football Association National Training Center. Guam won 5-0.