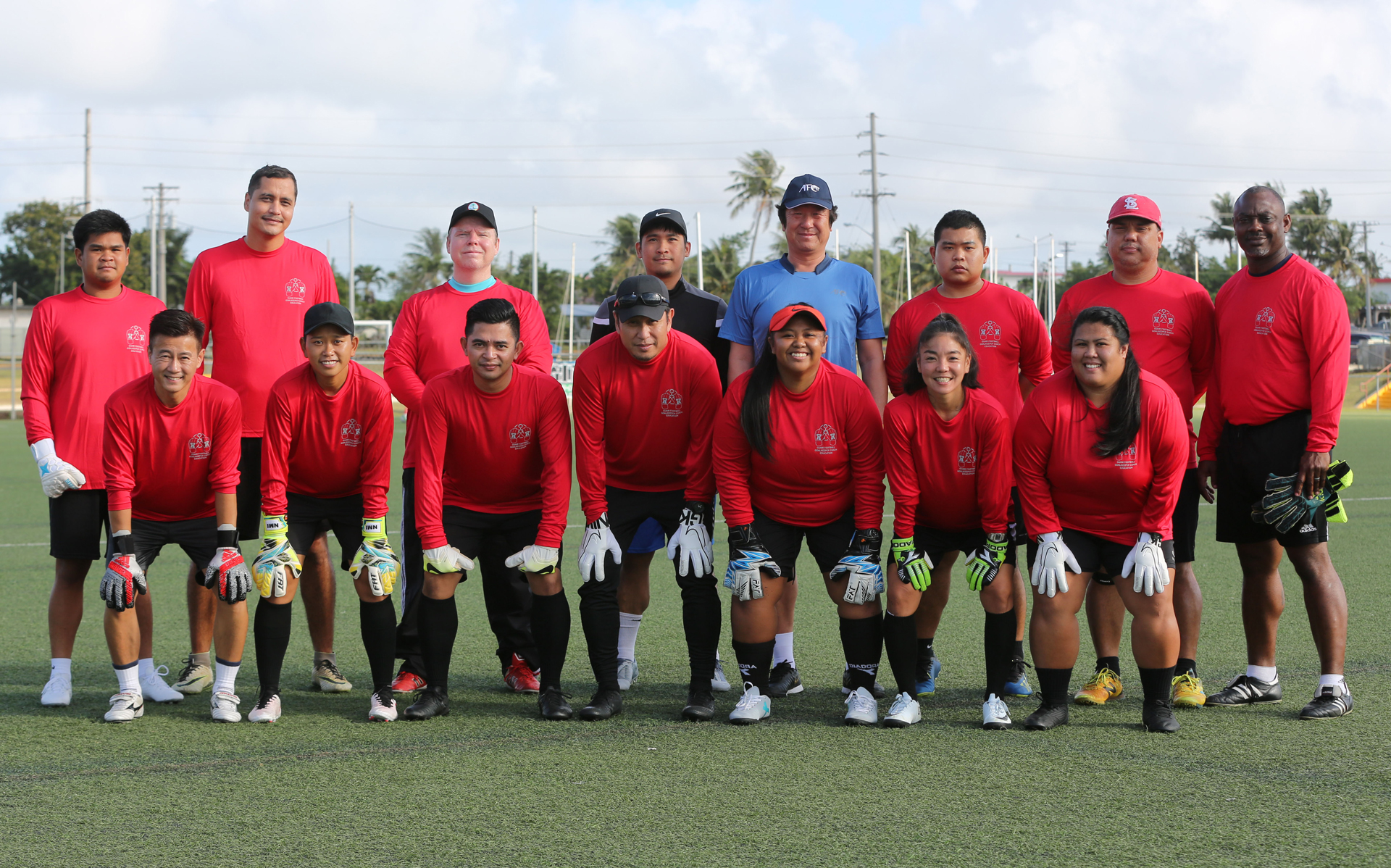 Guam Football Association received the coaches’ official certificates from AFC a few weeks after the course concluded Jan. 31 at GFA.

“One of the key components of football development is coach education, and I am pleased to see more coaches earning higher licenses and specialized licenses like the AFC Goalkeeping Coaching Certificate,” said Sang Hoon Kim, GFA Technical Director. “We have many youth players who show potential to play at high levels and have a passion to succeed, but they also must be coached properly to reach their potential. This is why coach education is so important. I hope to see more of Guam’s coaches taking part in coach education courses, especially ones here in Guam – whether it’s to earn licenses through the GFA “D” Coaching Course and AFC courses, or for enrichment. Currently licensed coaches also should take part in local courses as a refresher, as football trends change all the time.”

The January course conducted by Kato, and coordinated locally by Ross Awa, featured classroom sessions, practical sessions with assessments, and a theory exam, all at the Guam Football Association National Training Center in Harmon.

The AFC Level 1 Goalkeeping Coaching Certificate is the first of three in a tiered education system. To be officially be registered as a Goalkeeper Coach at the U16 to senior international level, coaches must have at least the Level 2 certificate this year through to 2021, according the AFC Competitions Operations Manual 2019 Edition 2. By 2022, Goalkeeper Coaches must have a Level 3 certificate. 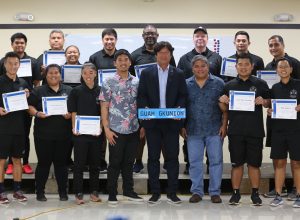 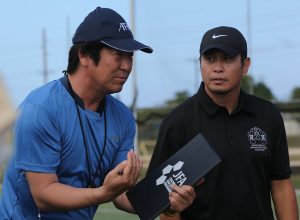 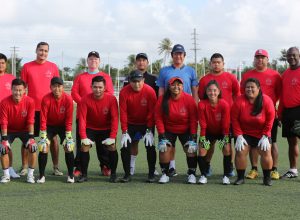 Participating coaches in the AFC Level 1 Goalkeeping Coaching Certificate Course held at the Guam Football Association National Training Center Jan. 24-31 pose for a group photo ahead of one of their practical sessions with visiting AFC Instructor Yoshio Kato from Japan. All 13 coaches – 10 from Guam and three from the Northern Mariana Islands – were successful in the course and results were forwarded to GFA, along with certificates, a few weeks after the course concluded. In the photo are, front row from left to right, Poon Kwok Kei, Mae Ito, and Raymond Zapanta all from the Northern Mariana Islands Football Association, Shawn Gumataotao, Chyna Ramirez, Kimberly Sherman, and Ashley Besagar. In the back row, from left to right are, Ralph Awa, Pution Mendiola, Dr. Gary Larkin, GFA Assistant Technical Director and AFC course coordinator Ross Awa, AFC Instructor Yoshio Kato from Japan, Julius “JR” Campos, Robert Becker, and Chima Mbakwem.