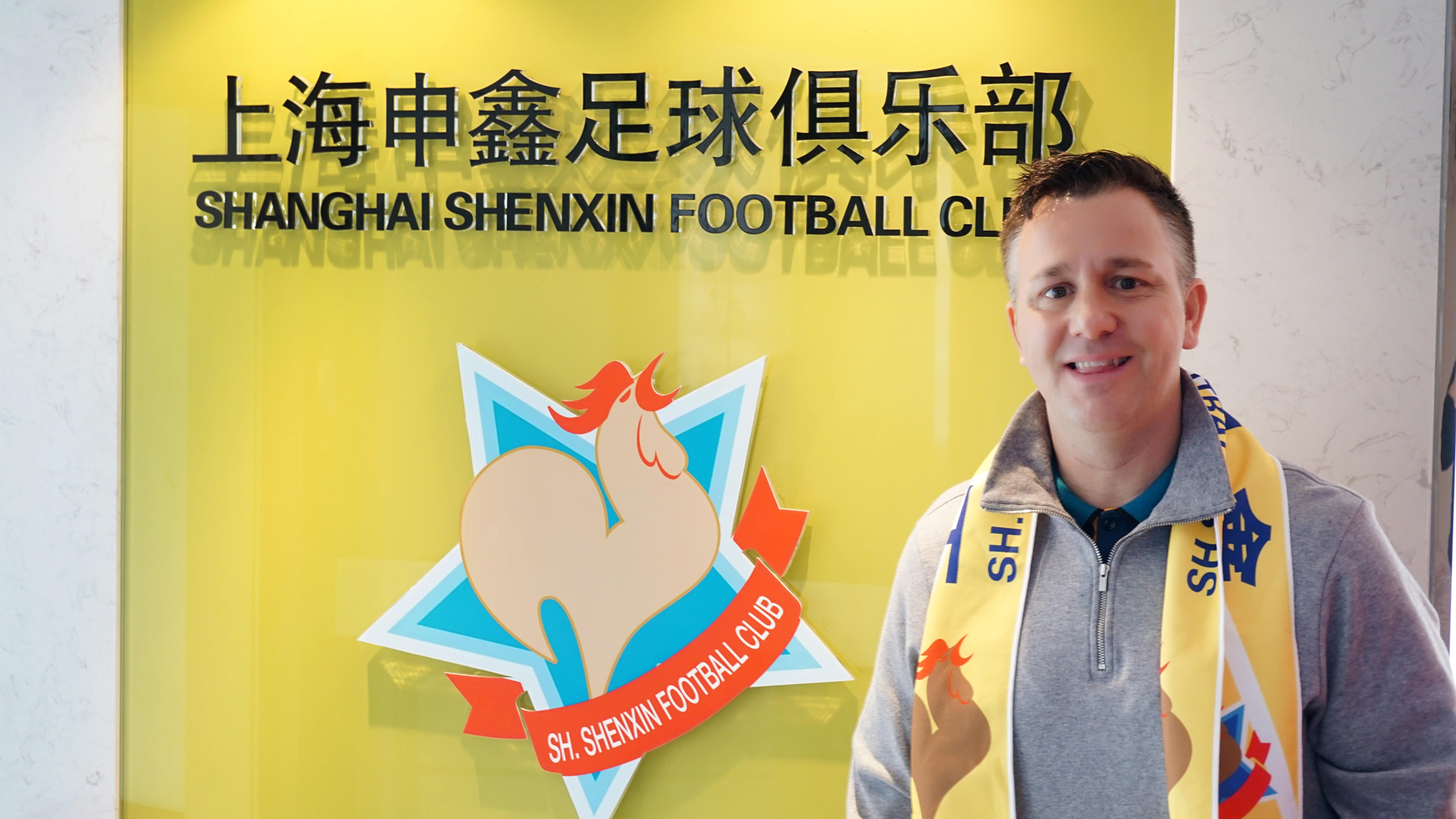 [May 31, 2016 – Shanghai, China PR] Guam Football Association National Team Head Coach and Technical Director, Gary J. White, has taken on a new challenge in his journey as an international professional coach: lead the Shanghai Shenxin FC back to success and ultimately back to the Chinese Super League.

White recently departed Guam to Shanghai and officially signed on as the football club’s newest head coach, replacing Kim Sang-Ho from Korea Republic. Kim had been the club’s coach since December 2015, the same year the team was relegated to China League One, one level below the Chinese Super League. The club has started extremely poorly under Kim and currently sit 13th out of 16 teams in China League One after 10 games into the new season. The club has recruited White to establish stability and to drive them back to top of Chinese professional football.

“I feel immensely inspired to take on this new challenge, while at the same time humbled that a club as big as Shanghai Shenxin FC has every confidence in me to help rebuild its program and to formulate a plan to lead the team back to where they belong – at the top of Chinese football,” said White. “I don’t believe that there’s a challenge that my time with the Matao and the GFA hasn’t prepared me for and I’m greatly appreciative of the years of support by GFA President Richard Lai and the Executives, and of course the players and staff. Without them, I would not be in a position to be recruited by Shanghai Shenxin FC.

“This is the next step in my journey to reach my personal and professional goals and I hope to have inspired others who have a passion for coaching to follow a similar path. I cannot express enough appreciation and love that I have for the people of Guam and all connected to the GFA, they are now part of my family. Deciding to leave was the most difficult decision I have ever made,” White added.

Before signing a contract with GFA in 2012, White was the national team head coach for the British Virgin Islands and the Bahamas, as well as the Technical Director for Washington Youth Soccer and the Seattle Sounders FC academy program.

White has led all three national teams he has coached to their best ever FIFA/Coca-Cola World Rankings. In September 2006, White’s Bahamas were the world’s Best Mover in the rankings, shooting up 55 spots. White has led the Matao, Guam’s national team up over 50 spots in the four years he was in charge.

Before White arrived in Guam, the men’s national team had only two victories over FIFA member nations – Mongolia in 2009 and American Samoa in 2011. Since February 2012, the Matao, under White, has quadrupled its number of wins, including victories against – Macau, Chinese Taipei, Cambodia, Mongolia, and most notably, wins against India and Turkmenistan last year in the first-ever FIFA World Cup Qualifier matches held in Guam. The team also earned a draw with Oman – ranked in the top 100 in the world – in a FIFA World Cup Qualifier, as well as draws with Hong Kong, Singapore, and Aruba in various tournaments and friendly matches within the past four years.

While with the Guam FA, White earned two Level 5 coaching professional licenses – the Elite Coaches Award from The FA in 2013 as one of the first 16 in the world to achieve the distinction and the UEFA Pro License from The FA in 2016. White also currently is a candidate for Japan Football Association’s SQ License and is only the fourth European to be accepted into the course.

“I fully support Gary’s transition to the professional leagues and wish him the best in his new role with Shanghai Shenxin FC,” said Richard Lai, GFA President. “In recent years, professional football in China has grown incredibly, featuring a team – Guangzhou Evergrande – in the semifinals of the 2013 and 2015 editions of the FIFA Club World Cup, which is testament to the growing strength of the three-tiered Chinese professional league.

“I am confident that Gary will find success in his new endeavor. He has a tough task ahead of him and I congratulate him for boldly taking this next step in his career,” Lai added.

White’s replacement at GFA has not yet been named. The Matao next play in November in Chinese Taipei in the semifinal round of the EAFF E-1 Football Championship against Hong Kong, DPR Korea, and the winner from the tournament’s preliminary round, which will be held in Guam from June 29 to July 4. Countries competing in the preliminary round in Guam for the men’s competition are Chinese Taipei, Macau, Mongolia, and Northern Mariana Islands. The tournament also features a women’s competition, which will feature the Masakåda, Guam women’s national team, Macau, and Northern Mariana Islands in the preliminary round to be held concurrently with the men’s Round 1 competition in Guam.