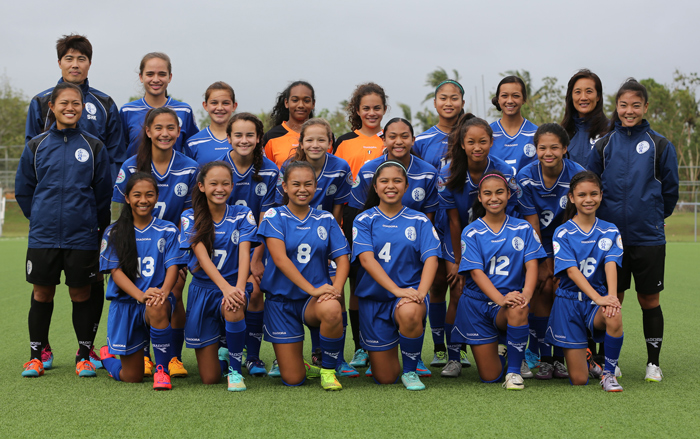 [May 16, 2015 – Harmon, Guam] The Mini Masakåda, Guam U14 Girls National football team, will be traveling to Beijing, China Sunday for the 2015 AFC U14 Girls Regional Championship, where the team is set to face Japan, Korea Republic, and Chinese Taipei in Group A.

Each group winner and group runner up will move on to the tournament’s semifinal, scheduled to be played beginning May 23. The final match, which will determine the champions of the East region, will be played May 24 at 5 p.m. Beijing time.

In addition to the AFC tournament in China, the team also will be traveling to Maui next month for another tournament.