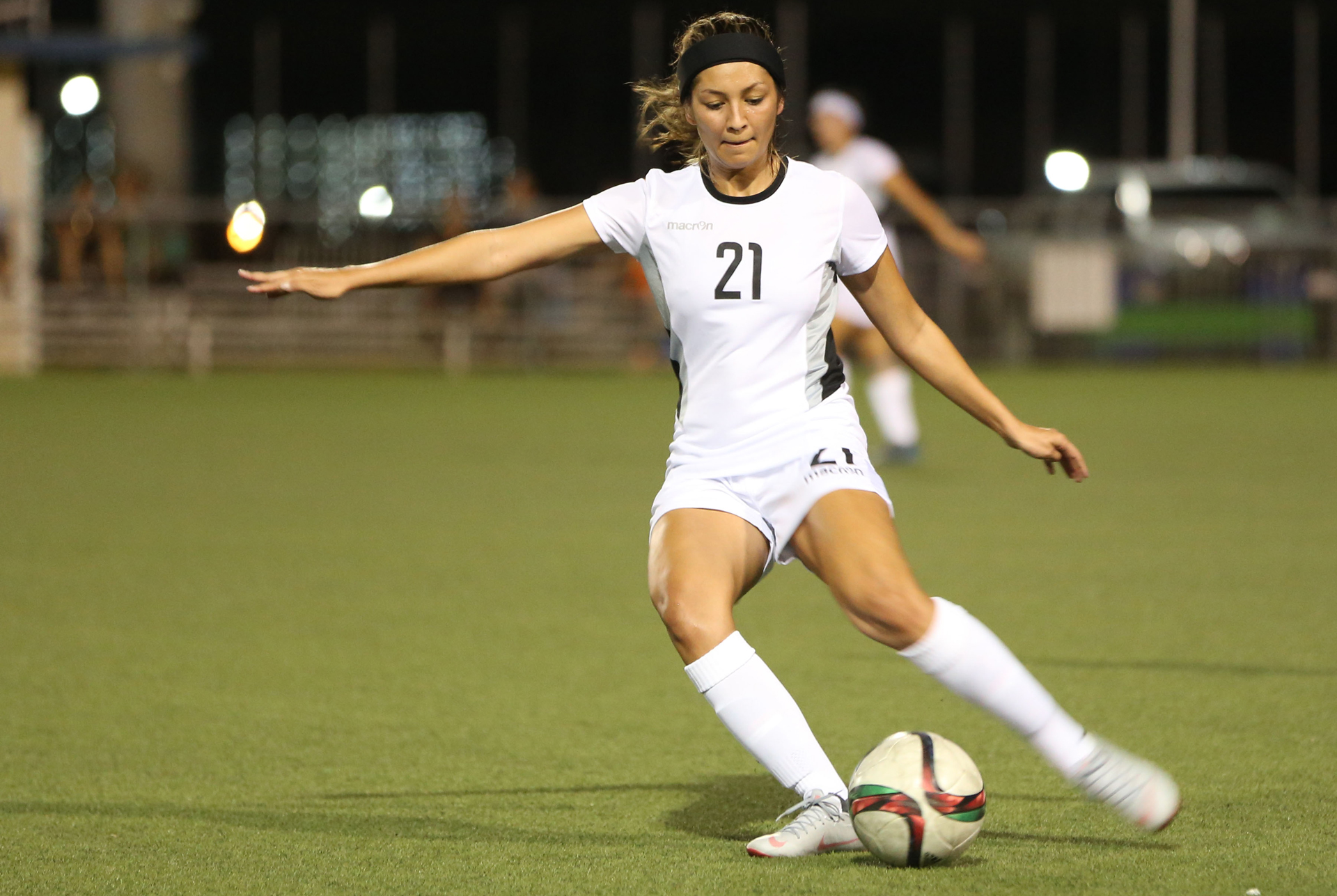 Posted at 18:14h in Masakada Tournaments, Women's: Masakada by admin

[September 3, 2018 – Ulaanbaatar, Mongolia] – Guam’s progressive tactical development proved too much for Macau as the Masakåda dominated its opponent in a 5-0 shutout victory on Day 1 of the EAFF E-1 Football Championship Round 1 women’s competition in Mongolia Monday.

“I’m really proud of how we came out today,” said Kaycee Hoover, Masakåda captain. “We worked a lot on how our plays were going to progress through training camp and if we can execute it out on the field – I think we did that today. We’re looking forward to the next two games to perfect what we’ve been working on these past two weeks as a team.”

Hoover put Guam on the scoreboard six minutes into the match on a header from just outside the left corner of the goal box to the opposite post off a pass from Phoebe Minato. About 25 minutes later, Hoover took advantage of a botched ball clearance by Macau’s Hoi Ka Kei to double Guam’s lead through to the halftime whistle.

Masakåda debutant Jenna Merrill put her name on the score sheet nine minutes into the second half finishing a short corner kick play with a header off of a pass from Riley Hoover. Riley Hoover later added to Guam’s scoring tally launching a 30-yard rocket from the right side off a free kick. Colleen Naden connected on a Kaycee Hoover pass in the 73rd minute and used her speed in the box to score Guam’s final goal of the match.

“I thought we did really well executing everything that we worked really hard in training,” said Koharu Minato, a midfielder for the Masakåda. “It’s just nice to see the final product in this game – we prepared really well for it and we’re going to do it again in our next game. We’re taking it one game at a time in this tournament.”

“Our objective for this tournament is to implement our new playing style and continue to grow from one game to the next, finishing with a stronger understanding of the Guam style of play,” said Belinda Wilson, Masakåda head coach. 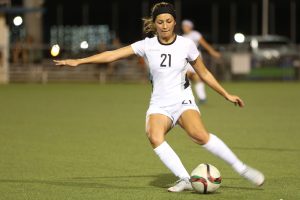 Kaycee Hoover of the Guam Masakåda, Guam Women’s National Team, prepares to send the ball forward during a recent training session at the Guam Football Association National Training Center in this file photo. Hoover and the rest of the Masakåda team are currently in Mongolia for the EAFF E-1 Football Championship Round 1 tournament. Hoover scored twice in Guam’s 5-0 victory over Macau on opening day for the tournament’s women’s competition in Ulaanbaatar. 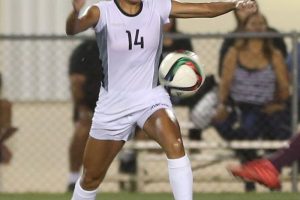 Jenna Merrill of the Guam Masakåda, Guam Women’s National Team, controls the ball as she prepares to carry it through the midfield during a recent training session at the Guam Football Association National Training Center in this file photo. Merrill and the rest of the Masakåda team are currently in Mongolia for the EAFF E-1 Football Championship Round 1 tournament. Merrill scored once in Guam’s 5-0 victory over Macau on opening day for the tournament’s women’s competition in Ulaanbaatar.