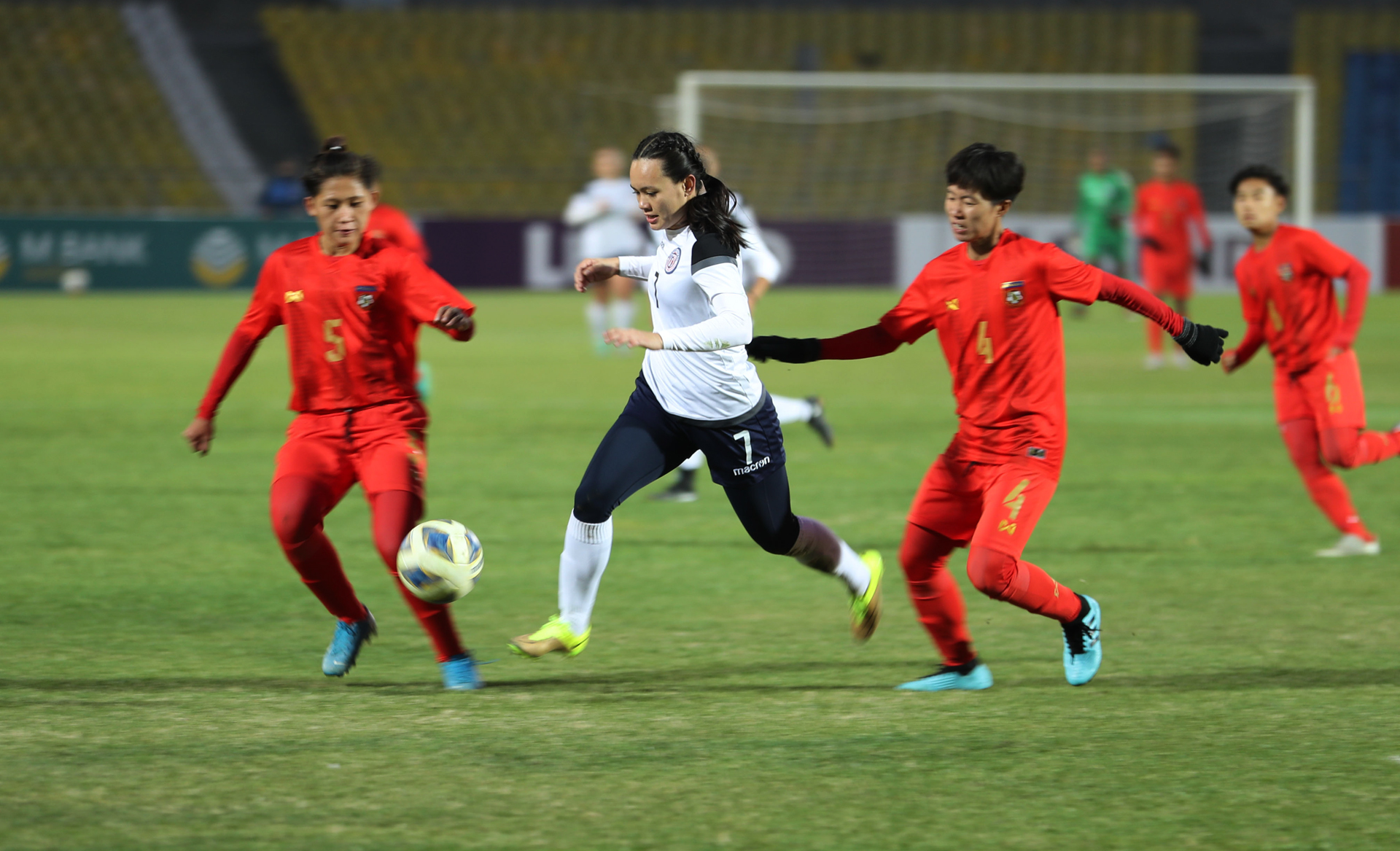 Myanmar, one of Asia’s top 10 countries in women’s football, netted three in the first half and scored five in the second half, which also saw a sudden windstorm in the 65th minute.

“The Myanmar team definitely is a strong side and made it very challenging for us the entire match,” said Chyna Ramirez, acting Head Coach of the Masakåda, after the match. “Not playing a single international match for over three years made it difficult for us coming into this tournament but the players appreciate very much the opportunity to return to international football to compete. We were drawn into a good group and the matches so far have helped us gauge where we are compared to our counterparts across the continent after the long absence from the international stage. We have one more match in this tournament, and we are preparing to finish strong against Lebanon.

“All the players know that this tournament is not just about winning matches on the pitch, but also an important step in creating an even stronger foundation for women’s football development in Guam. We are thankful for all the support from home and abroad – we always look forward to competing on the pitch and representing Guam, our families, our supporters, and ourselves,” added Ramirez, a former Guam Women’s National Team goalkeeper.

Guam next plays against Lebanon Oct. 24 at 5 p.m. Bishkek time (9 p.m. Guam time). A live stream link will be made available closer to match day. Kyrgyz Football Union (KFU) will showcase the tournament’s matches live on its Eleven Sports Internet TV platform for $2 each match. 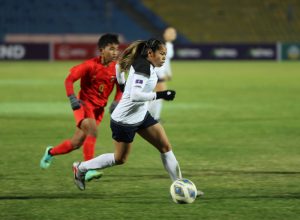 Guam’s April Talledo rushes to the goal from the right side ahead of Myanmar’s Khin Mo Mo Tun in an AFC Women’s Asian Cup India 2022™ Qualifiers match Thursday evening at the Dolen Omurzakov Stadium in Bishkek, Kyrgyz Republic. Myanmar won 8-0. 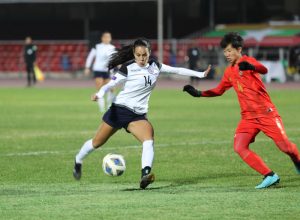 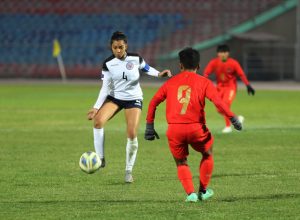 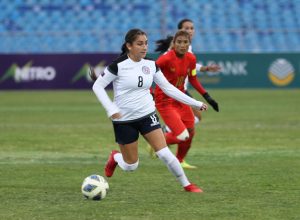 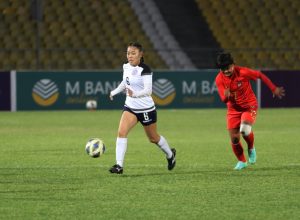 Guam’s Yae Kawauchi plays the ball in the midfield as Myanmar’s Myat Noe Khin tries to catch up with her in an AFC Women’s Asian Cup India 2022™ Qualifiers match Thursday evening at the Dolen Omurzakov Stadium in Bishkek, Kyrgyz Republic. Myanmar won 8-0. 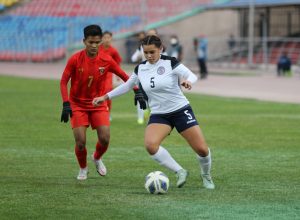