Guam goes down fighting against Turkmenistan 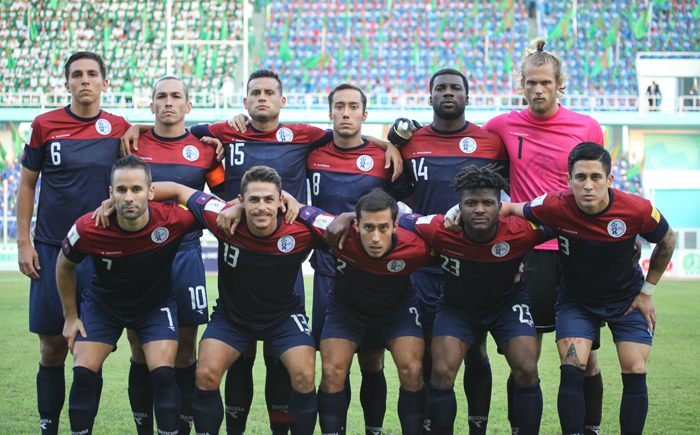 [October 14, 2015 – Ashgabat, Turkmenistan] The Matao have suffered a narrow 1-0 loss to Turkmenistan at a packed and hostile Kopetdag Stadium in Ashgabat this evening, but despite the result the side remains on track to reach both the next round of qualification for the 2018 FIFA World Cup and the 2019 AFC Asian Cup.

Head Coach Gary White made three changes to the side that drew with Oman last month and without key central defender AJ DeLaGarza, the Matao were stung early when Guvanch Abylov scored just after the quarter hour.

Thereafter Ryan Guy missed a good opportunity to put the Matao ahead but the side responded well with a series of chances from both open play and set piece situations where they enjoyed greater possession and recorded more shots than the hosts.

The second half saw both sides enjoy good spells of possession and chances with Guam coming close to equalizing in the early moments of the second half after some good lead up play from Justin Lee.

Guam continued to pressure the 2004 Asian Cup finalists with a series of crosses from either flank before the Saudi Arabian referee waved away a strong late penalty claim for the Matao.

Captain Jason Cunliffe had a good chance from a free-kick right at the death but the hosts held on for their narrow victory that moves them level on points with Guam in third place in Group D.

White said he was disappointing with the result he was pleased with the performance.

“The loss hurts but the performance was inspiring and our best to date.”

“We will confidence from competing well against a strong opponent under difficult circumstances and we’ve shown again just how far we’ve come.”

“We’ve just got to make sure now that we put away our chances.”

The Matao are back in action next month when they travel to Bangalore to face a desperate Indian side before hosting the group leaders, Iran, five days later in what will be the biggest match the island has ever hosted.