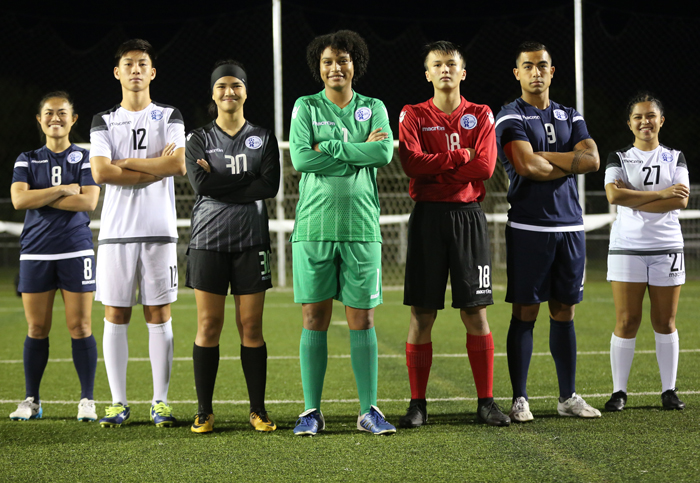 “We are very excited with this new partnership with Macron to outfit our national teams,” said Tino San Gil, Guam Football Association President. “For a large, emerging high-quality international brand to support Guam, this is telling of the consistent progress we’ve made in football and the goals we still have yet to achieve that continues to attract positive attention internationally.”

The Matao will debut its new kits at the EAFF E-1 Football Championship Preliminary Competition Round 1 in Mongolia Sunday when the team takes on the Northern Mariana Islands and on Monday, the Masakåda will play against Macau in its new Macron kits.

Matches will be available via Internet Live Stream on the EAFF Web site, EAFF.com The tournament’s official Web site is https://eaff.com/competitions/eaff2019r1/index.html

Macron, relatively new to the top-level sports landscape, has grown exponentially in recent years. Through its growing portfolio of partnerships, UEFA identified Macron as the third main football brand in Europe behind Nike and Adidas according to the UEFA Web site.

Among Asian Football Confederation member countries, 13 clubs in Australia are outfitted in Macron, including two Hyundai A-League teams, Adelaide United FC and Perth Glory FC, as well as one professional club each from Bahrain, Oman, and Saudi Arabia.

Guam is the first national association in the AFC to be outfitted in Macron.

Guam’s Edward Na manages to get the ball around a DPR Korea defender in this file photo from the most recent edition of the EAFF E-1 Football Championship Semifinal Round taken at the Mong Kok Stadium in Hong Kong. Na, and fourteen other players have been called up to a Guam Men’s National Team training camp in California beginning Mar. 19. The next tournament for the Matao, the EAFF E-1 Football Championship 2019 Preliminary Competition Round 1 will take place in September.