“On behalf of GFA, I would like to welcome Pavel to the Guam national football program,” said Tino San Gil, GFA President. “Pavel brings a wealth of knowledge and experience to GFA in developing athletes at the highest level and will assist our national team players increase their performance levels in international competition. We owe it to our athletes, as well as all other stakeholders, to continue to bring in these types of professionals to drive Guam’s football development forward and work to systematically close the performance gap with other more developed football nations. I look forward to the seeing the continual progress of our national teams with Pavel as part of our technical department team.” 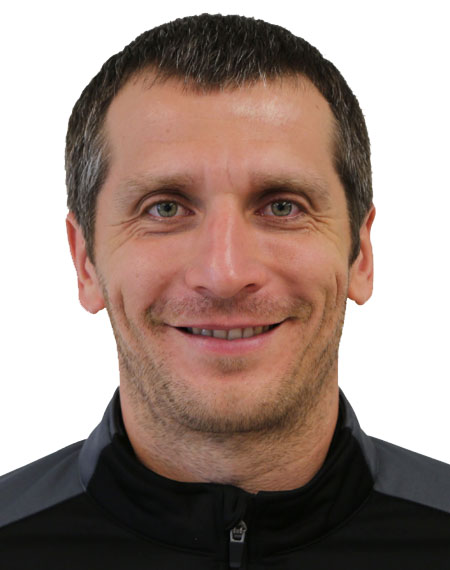 Gubenko originally moved to Guam three years ago from Russia, and for two years, had been managing a club dedicated to developing volleyball athletes. He later learned about GFA and met San Gil.

“First of all, I would like to say that it is an honor for me to become part of GFA,” Gubenko said. “From the very beginning, I heard a lot of good things about the GFA and recently, one of the parents of our volleyball students introduced me to President Tino, for which I am very grateful. President Tino was very open and friendly, showing me GFA’s facility, introducing me to Coach Karl (Dodd) and Coach (Sang Hoon) Kim, and telling me about GFA’s program and goals. It impressed me so much – I realized that this was a place where they set very high sports goals, as well as where they truly take care of their members.

“My main priority is the development of athletes. I will do my best to help athletes achieve their maximum performance. I’m very excited and look forward to starting at GFA,” Gubenko added.

Gubenko earned his Masters Degree in Sports Coaching and Training from Far Eastern State University in 2008 in Vladivostok, Russia. He also holds International Sports Science Association certification as a Strength and Conditioning coach. After earning his Masters Degree, he began working with athletes from beginners and youth levels to professional athletes in various sports, including football, basketball, volleyball, and ice hockey, among others, he said.

Gubenko officially joined the GFA Technical Department ahead of the reopening of the GFA National Training Center for selected national teams. The Masakåda, Guam Women’s National Team, and the U17 and U20 Women’s National Teams, as well as U17 and U19 Manhoben teams, are set to begin restricted training the week of June 8. The Matao and Elite Selection youth teams will begin at a later date.

Players and parents joined in a virtual meeting Saturday to discuss the new training format to comply with current government mandates to reduce the spread of the COVID-19 virus, as well as the new procedure for entry into the GFA National Training Center.