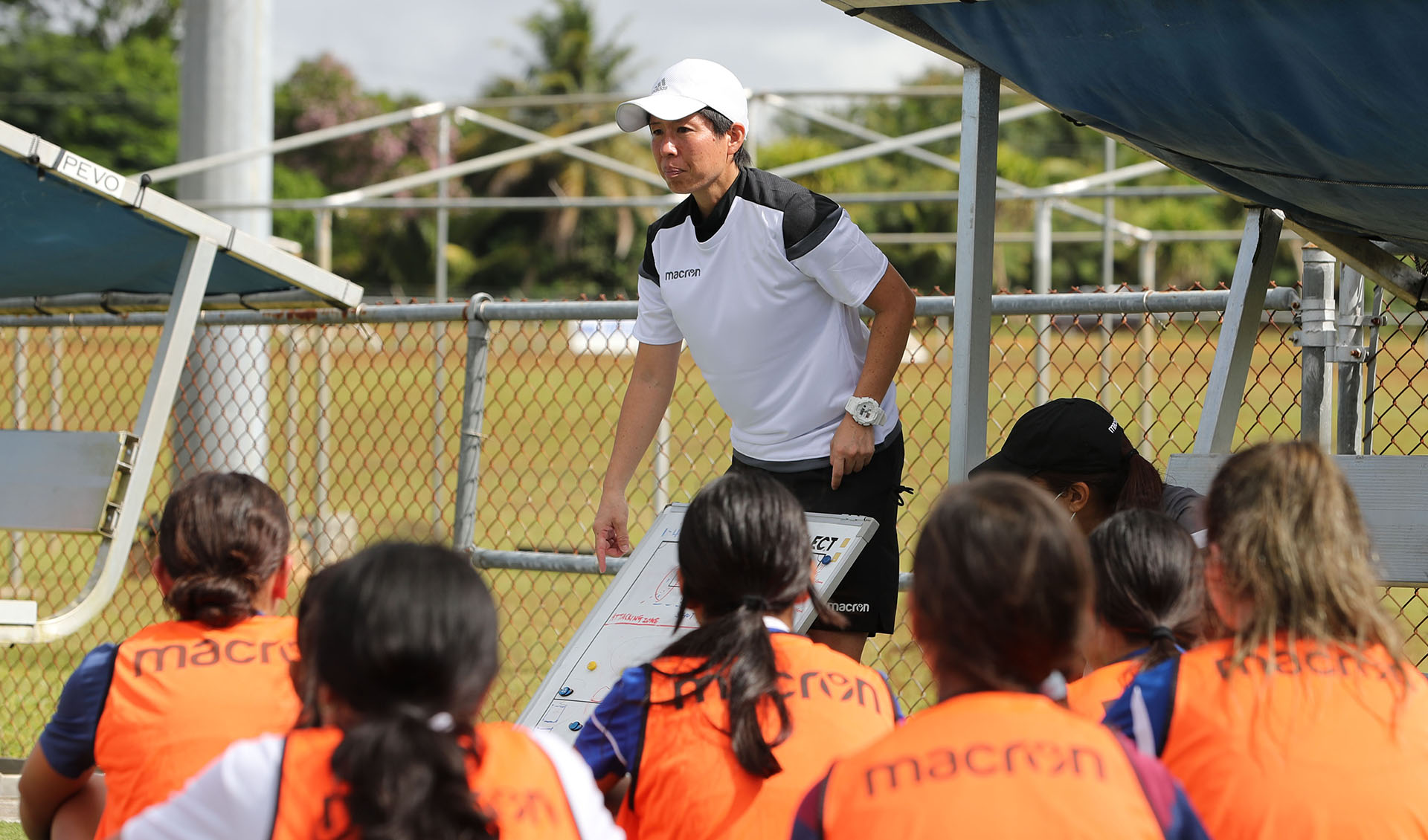 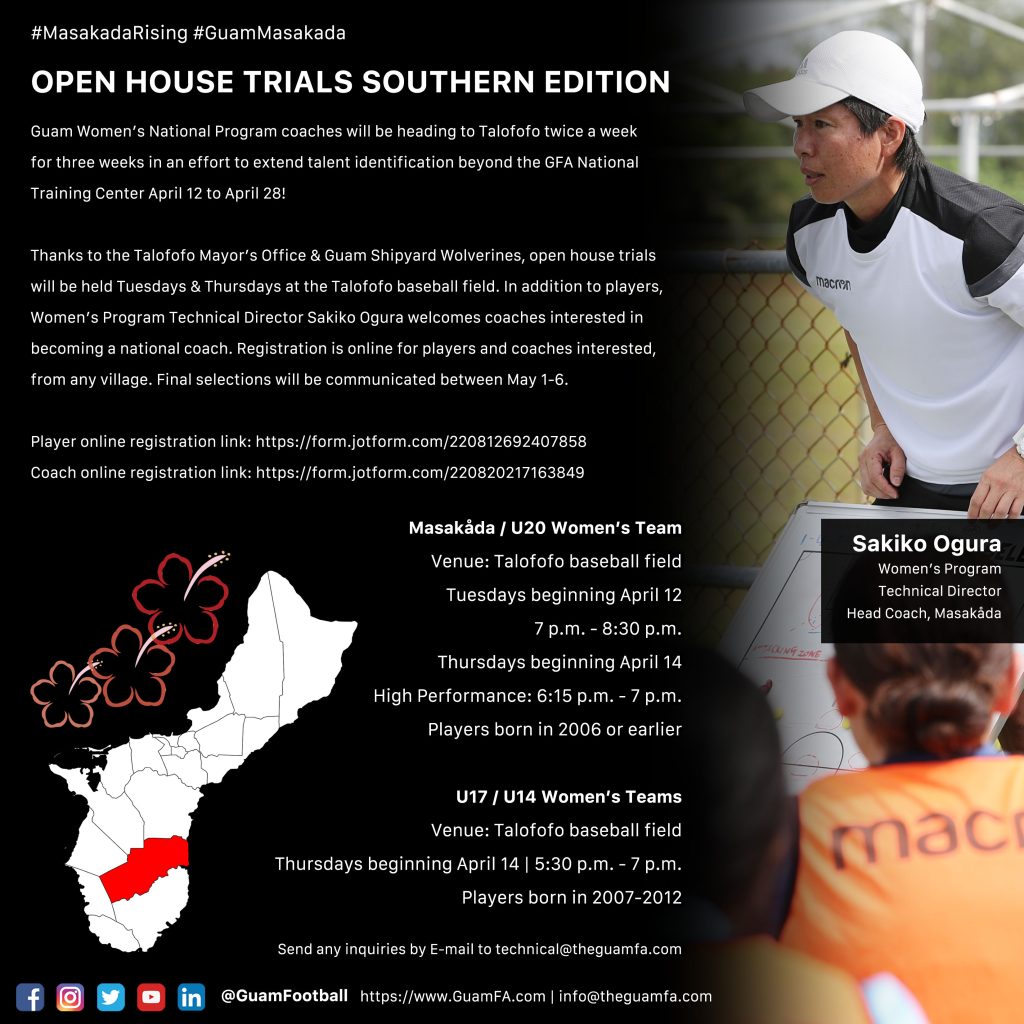 “I want to make sure all women and girls in Guam who want to play at the highest level of football have the opportunity to be seen by National Program coaches,” Ogura said. “We held Open House Trials in January and we saw many talented players who are now training in the National Program. After visiting some school league matches and speaking with other coaches, the players, and youth clubs, I understand that some players were not able to attend the event in January. We want to build up a larger pool of elite athletes for selection to our National Teams for upcoming competitions, as well as help as many athletes in their overall football development. In addition to players, I want to also meet talented coaches for the National Program.

“I would like to express my appreciation to the Talofofo Mayor’s Office and the Guam Shipyard Wolverines for allowing us to have these open training sessions at their venue. In the future, I would like to have more events like this in other villages in Guam,” Ogura added.

Open training sessions will be held on Tuesdays and Thursdays in Talofofo.

Thursdays also will feature high performance training off the pitch for players born in 2006 or earlier from 6:15 p.m. to 7 p.m.

Selections from the open house trials will be made between May 1 to 6.

In addition to the open house trials in Talofofo, Ogura and Women’s National Program coaches still will hold training sessions at the GFA National Training Center Mondays, Wednesdays, and Fridays, as well as training matches on Sundays.

For more information about the open house trials in Talofofo or for inquiries about the Women’s National Program, contact GFA via E-mail at [email protected]