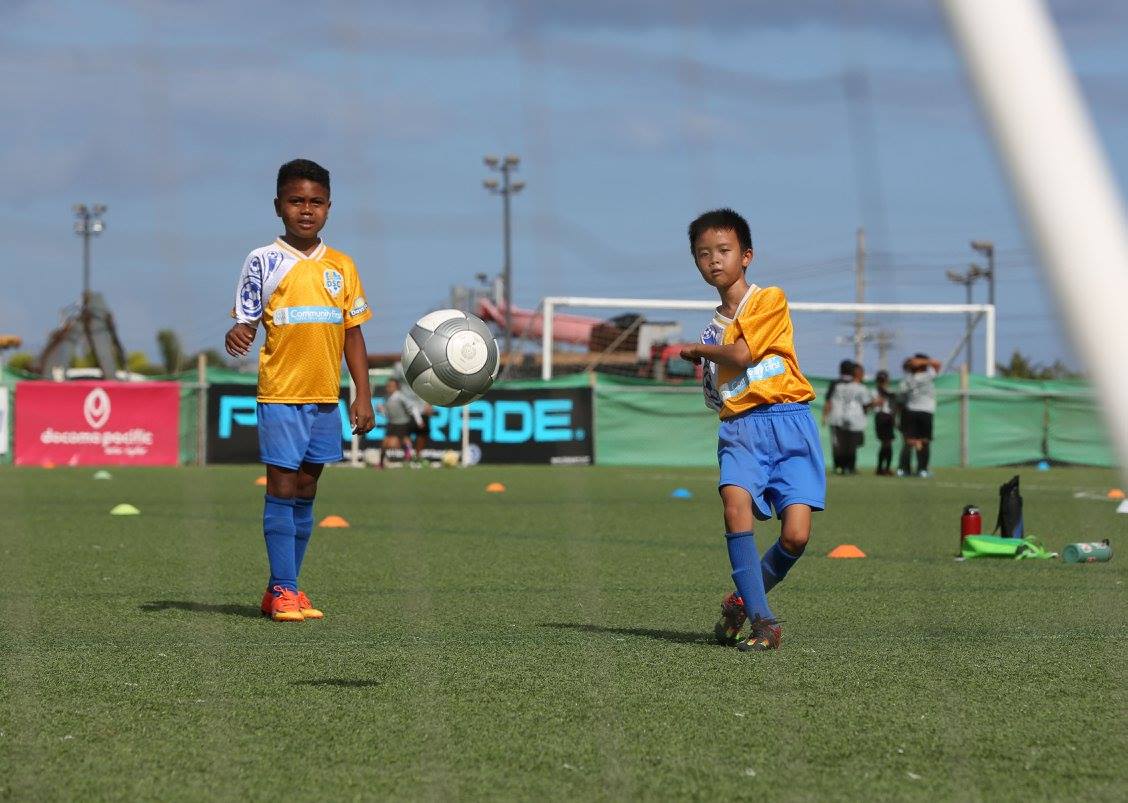 Before the event’s matches, a special opening ceremony with an a cappella rendition of the Star Spangled Banner, the US National Anthem, was held in honor of Memorial Day.

In the U8 Division, the competing teams were the Sidekick SC Silver Surfers, the Strykers, Quality, Dededo, and the ASC Trust Islanders Betde.