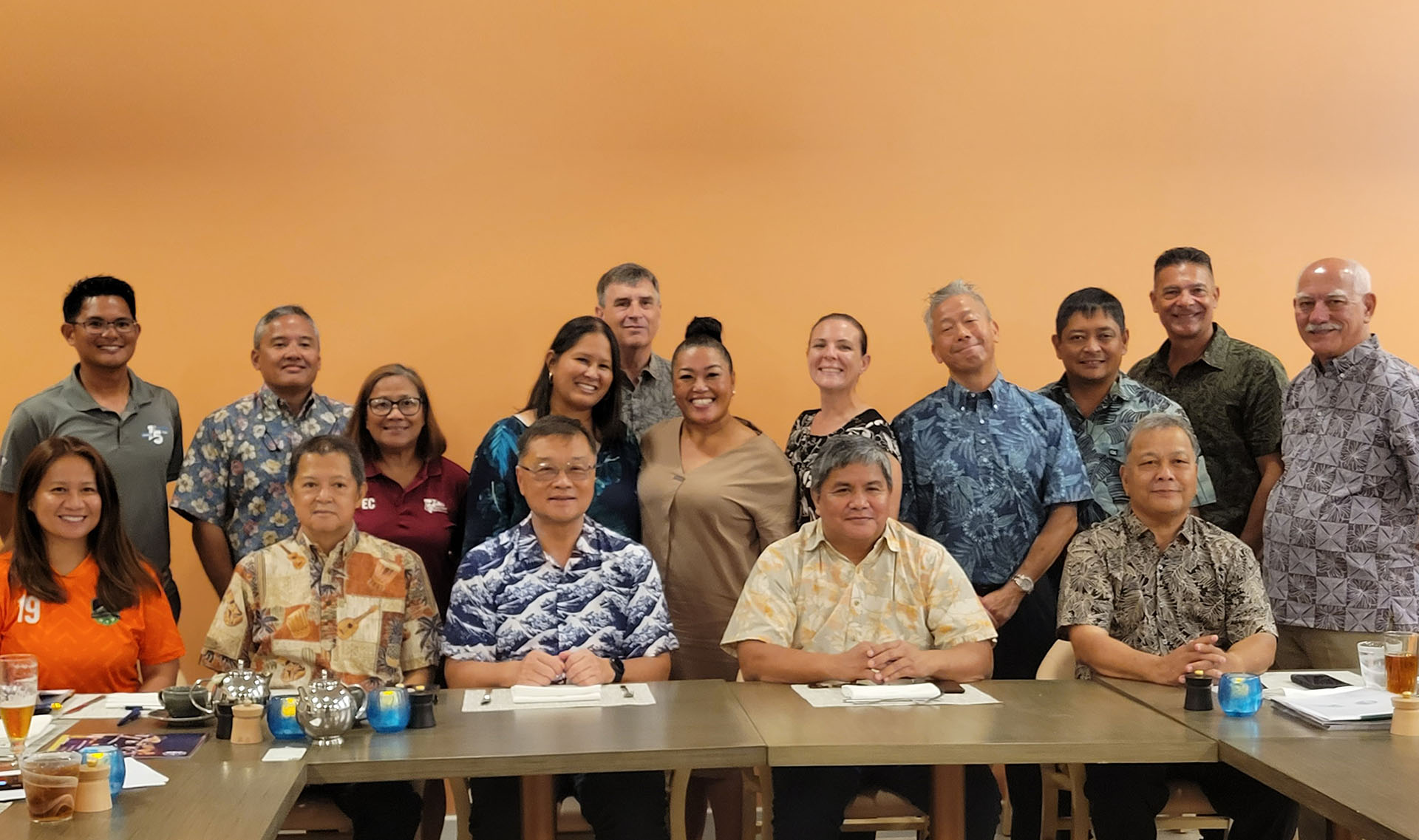 Posted at 06:36h in Finance and Governance, Finance and Governance News, News, Social Responsibility by GFA Website Manager
[November 27, 2022 – Harmon, Guam: Story by Roselyn Monroyo] Rivals on the pitch, but partners in the continued development of football in the Northern Mariana Islands and Guam.

GFA’s Executives and Executive Committee led by President Valentino San Gil were in Saipan earlier this month, as the group attended the ribbon-cutting ceremony for the NMIFA Expansion Project and the 68th East Asian Football Federation Executive Committee and standing committee meetings. GFA then capped its visit with the signing of a cooperation agreement with the NMIFA. 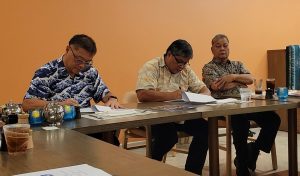 The two-year agreement signed by San Gil and NMIFA president Jerry Tan formalized the two football organizations’ partnership that has been going on for the last 17 years. The agreement calls for the GFA and NMIFA to share resources and expertise in the following areas: coaching, player and game development, referee training and education, sports facilities, general and technical management, strategic planning, marketing, and the various programs (youth, women’s, national team, men’s, and futsal) that the two associations offer.

“Even after we are gone, we hope this partnership will continue,” said San Gil, who was joined by GFA Vice Presidents George Lai and Tina Esteves, Executive Committee members Fred Alig II, Kelley Barnhart, Duane Pahl, and Gian Tenorio, and GFA General Secretary Joe Cepeda at the meeting with the NMIFA Executive Committee and administration and management team. “Let’s leave the NMI-Guam rivalry to the players on the pitch, but on the management and administration side, we are forever partners.”

Tan, meanwhile, acknowledged how GFA played a significant role in the establishment of the NMIFA and the unwavering support NMI soccer has been receiving from its neighbor.

“It was three years before the NMIFA was even established when GFA, during the 2002 World Cup, encouraged me to start a football program in the NMI. GFA went on to send coaches and referees to Saipan to help us start. GFA has helped us every step of the way, showing us what to do and how to do it. Our bond will remain and get stronger every year, as both the GFA and NMIFA are making these efforts for our children,” Tan said.

NMIFA Executive Committee member Wesley Bogdan added that the assistance that GFA has given to the NMIFA since Day 1 has been unbelievable, as he can personally attest to GFA’s contributions to the growth of NMI soccer, having played on the first men’s national team and now being part of NMIFA’s management. Cepeda added that GFA and NMIFA’s partnership for nearly two decades has allowed the two organizations to provide more opportunities for the program’s stakeholders, especially the players.

Esteves and Barnhart also shared their inputs on how to strengthen the partnership between the two football organizations and they look forward to collaborating with their counterparts in NMIFA for the further promotions of their respective women’s programs.