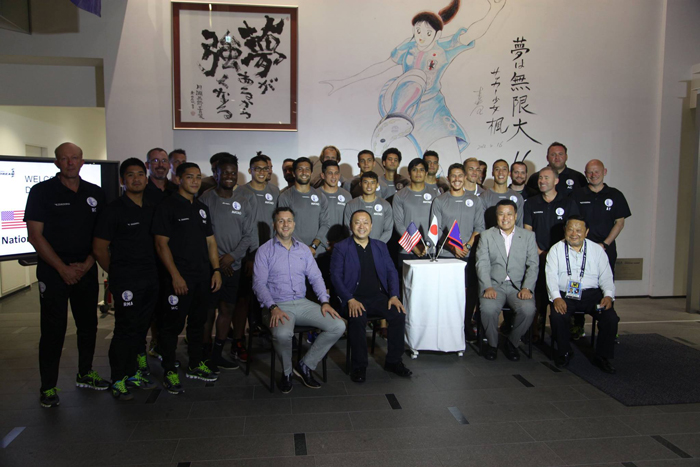 Posted at 06:43h in Matao Tournaments, Men's: Matao by admin

[August 26, 2015 – Tumon, Guam] The Guam Football Association (GFA) is proud to announce a three-year partnership with the Guam Visitors Bureau (GVB), which names GFA as Ambassadors of Guam through their national program. 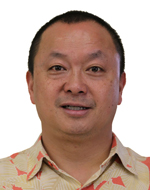 “We are very pleased to partner with Guam Visitors Bureau to help elevate Guam as a viable sports competition destination, as well as work in tandem to lift the island’s profile in international football,” said Richard K. Lai, president of GFA. “Guam’s national football teams, from the U13 level all the way to our senior level teams, compete in tournaments and friendly matches annually both in Guam and abroad.

“Particularly for 2015, Guam has received praise for the successful hosting of 2018 FIFA World Cup Qualifier matches, with two more planned before the end of the year. The hosting of these two matches, a first for Guam, combined with the two wins the Matao garnered in its first two home matches of the Qualifier round, also a first for Guam, continue to receive international media attention even to this day,” Lai added.

GVB has provided a financial grant of $300,000 and is the title sponsor for the remaining home matches of Guam’s 2018 FIFA World Cup Russia and AFC Asian Cup UAE 2019 Joint Qualification Round 2 campaign. The Bureau is also the official main sponsor of Guam’s national football teams.

“Football is the most popular sport in the world and we’re proud of the Matao for representing our island home in the recent FIFA Qualifiers, which has received much global attention,” said Nathan Denight, GVB General Manager. “Sports tourism is an important part of attracting more visitors to Guam. By supporting the Guam Football Association through this three-year partnership, it gives the island a competitive edge in featuring the talents of our people and what can be found only on Guam. We wish the Matao the best of luck and encourage the entire local community to come out to the matches and support the team in the coming months! Go Matao! Biba Guahan!”

The Matao’s success in the Qualifiers has been featured in several international media, including FIFA.com, the-AFC.com, EAFF.com, BBC.co.uk, CNN, Time Magazine, ESPN, The Guardian, Sky Sports, Eurosport, Yahoo! Sports, the Wall Street Journal, FourFourTwo, the Japan Times, Beyond the Pitch, and many more.

The Matao, Guam men’s national team, has six more World Cup Qualifier Round 2 matches: Sept. 3 against I.R. Iran in Iran, Sept. 8 against Oman in Guam, Oct. 13 against Turkmenistan in Turkmenistan, Nov. 12 against India in Bangalore, Nov. 17 against I.R. Iran in Guam, and Mar. 24 next year against Oman in Oman. Success in the upcoming matches are crucial in assuring a place in Round 3 of the FIFA World Cup Qualifiers, as well as automatic qualification to the third round of the AFC Asian Cup. Guam currently is ranked No. 146 in the world, its highest-ever ranking since joining FIFA in 1996. The new ranking also puts Guam into the top half of ranked countries in Asia for the first time, ahead of countries with professional football leagues such as Hong Kong, Vietnam, Singapore, and Malaysia.

In addition to upcoming fixtures this year for the Matao, Guam’s U14 Boys national team, as well as Guam’s U16 Boys national team, will be competing in their respective AFC tournaments in September. Before the end of the year, Guam will play host to the 2015 EAFF U13 Boys Youth Championships. Countries competing in the November EAFF youth tournament are Chinese Taipei, DPR Korea, Guam, Hong Kong, Macau, Mongolia, and the Northern Mariana Islands.

In the pipeline are more tournaments for the Matao and Masakåda, as well as the U16 and U14 Girls national teams to be played in 2016.