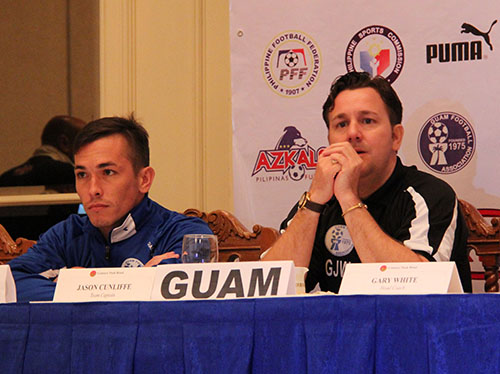 Guam is quickly becoming one of the more notably moving FIFA-member nations in the Asian Football Confederation, achieving its best ranking ever at No. 178 in the most recently released FIFA world rankings.

“I’m definitely stoked,” said Matao captain Jason Cunliffe. “I don’t think anyone on the team has been a fan of Guam soccer as long as I have. I’m going on 24 years of playing and that’s more than the ages of a lot of the guys on the team

“The new ranking gives credence to all the work put in and a new motivation to continue pushing forward, but we also need to keep it in perspective. It’s just a ranking and we still have more to achieve – we need to get even better results on the field in terms of more W’s,” Cunliffe added.

“A lot of the credit must go to Guam Football Association President Richard Lai and the GFA executives, the national team staff, players and sponsors,” said Matao head coach Gary White. “Without forward thinkers like them, with the foresight to bring in people like me and implement developmental programs, we would never move forward.

“The jump in ranking is a good indication of where Guam’s entire national program is going – not just the men’s team – but also the National Academy and the coaches education program. This is just the beginning of a very positive time in Guam football,” White added.

The Matao has one more tournament before the end of the year – the semifinal round of the East Asian Football Championship in December in Hong Kong. In Hong Kong, Guam will face Chinese Taipei for the second time this year, No. 160-ranked Hong Kong, No. 86-ranked North Korea and No. 34-ranked Australia.

“First and foremost, getting the matches to play contributed to attaining our new and best-ever ranking,” Cunliffe said. “With the Gaffer (White) in and implementing our program, we were given those opportunities.

“If we didn’t win the preliminary competition of the East Asian Football Championship and if we didn’t get invited to play in the Philippines Football Peace Cup, none of this would have happened,” Cunliffe added. 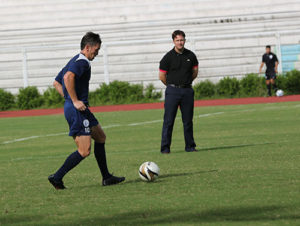 White officially took the helm of the men’s national team in February this year. Since February, the Matao has made several strides in the football world, including jumping a total of 17 spots in the FIFA world rankings in just seven months, defeating Macau at the senior level for the first time and again a second time, and winning all of its EAFF tournament preliminary competition matches to advance to the semifinal round. Additionally, for the first time, a player from Guam – Cunliffe – received both the Golden Boot and MVP awards from the EAFF tournament preliminary competition.

Similarly, White has assisted tremendously in the soccer development of other island nations. While at the helm of the Bahamas national team, the island nation earned the distinction of Best Mover in September 2006 (up 55 ranking spots). The country had gone from as low as 189 to 138 under White. He had also helped the British Virgin Islands move up 28 spots in the FIFA world ranking.