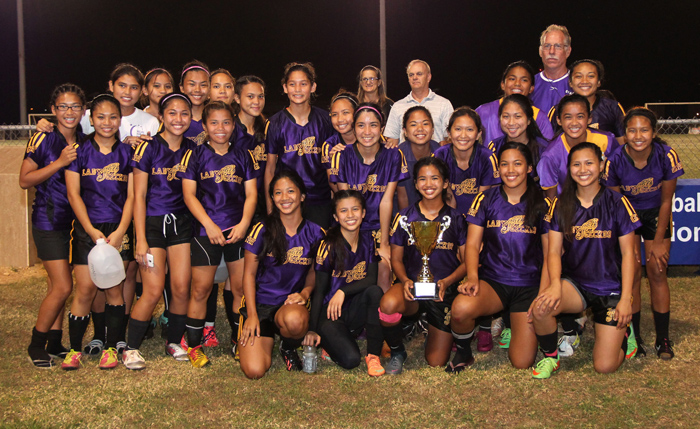 Posted at 03:17h in Interscholastics, News by GFA GW Admin 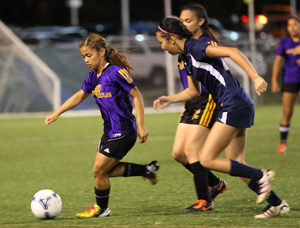 “It’s only the beginning, but we’re already showing some good passing during our matches in the pre-season tournament,” said Krystiana Martinez, Geckos captain. “Based on our performance this early, I think we can go far this season.” 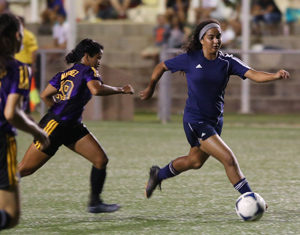 The Geckos earned the right to hoist the championship trophy after Ana Aguon scored the lone goal in the match five minutes before the final whistle against the Academy of Our Lady of Guam Cougars. After receiving a cross from a teammate, Aguon managed to get past a defender and tap in the ball past Academy’s keeper for the score. For Aguon’s efforts, the GW sophomore also was awarded the Most Valuable Player trophy.

“This is the first time I’ve gotten an award like this and it feels good,” Aguon said after the awards ceremony. “Receiving this award in the pre-season tournament gives me more confidence going into the regular season. It’ll remind me to keep pushing myself harder with every game.”

The Geckos first defeated the St. John’s School Knights and edged the Harvest Christian Academy Eagles 4-3 in a penalty kick shootout to earn their place in the final against Academy. In the bottom half of the Gold Cup bracket, the Cougars bested the John F. Kennedy High School Islanders and next, the Okkodo High School Bulldogs for a spot in the championship game. 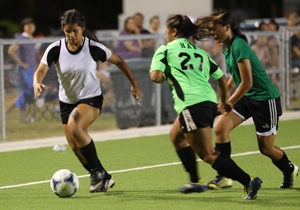 JFK’s Megan Diego gave her team the 1-0 advantage early, but moments later, the Sharks’ Maria Abbey Iriarte equalized the match on a perfectly arched free kick that sailed over the Islanders’ keeper. The Sharks’ Ha’ane Taitano scored the eventual game winner in the closing minutes of the match.