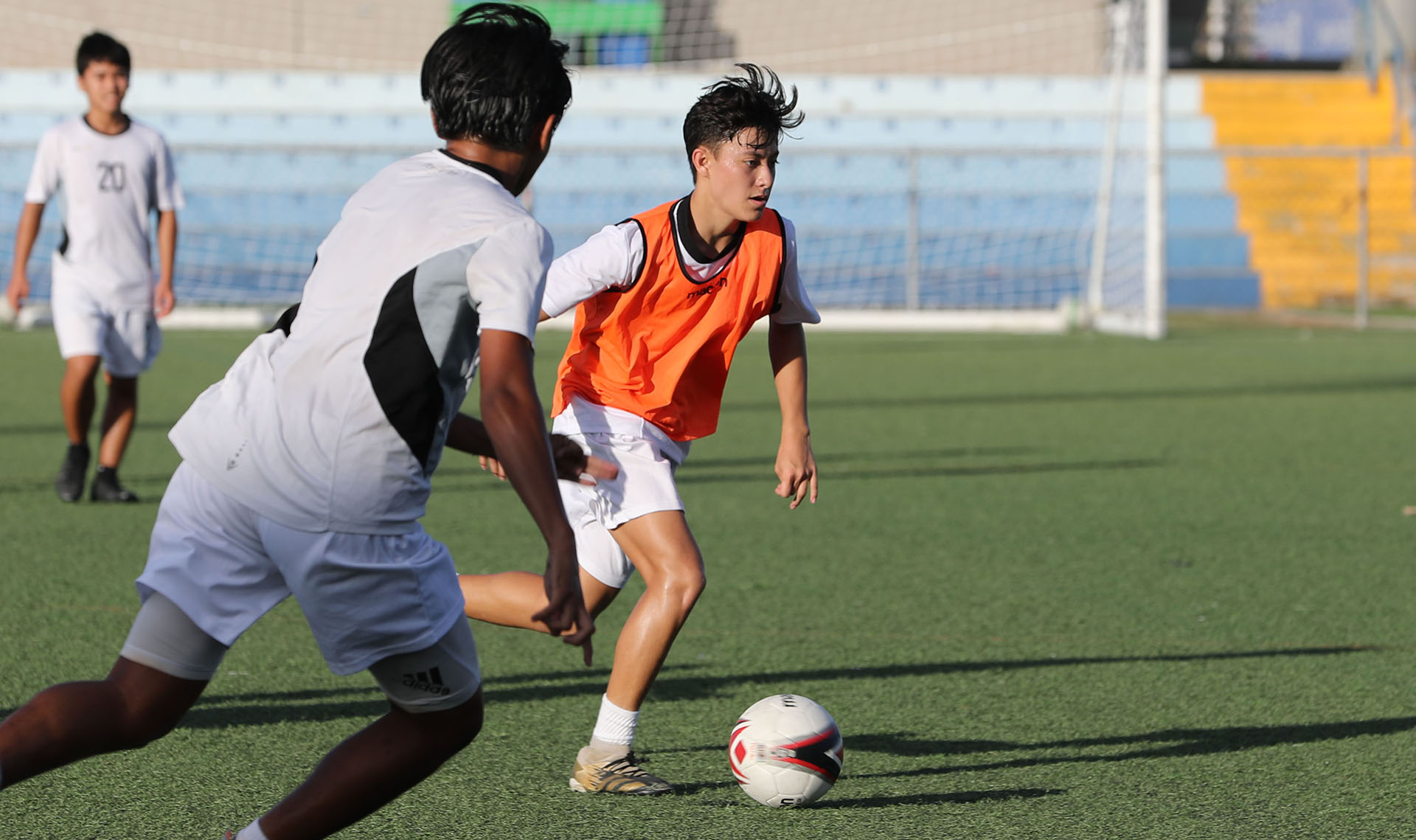 “In the two years I’ll be there, I’ll learn the Barcelona way and work toward getting noticed, proving my game, and creating even more opportunities,” Baker said. “Hopefully I’ll be able to earn a professional contract or a college scholarship after two years.

“My ultimate goal in football is to play professionally – my dream is to play for FC Barcelona in Spain, while also continuing to represent Guam and to bring Guam to the FIFA World Cup,” Baker added.

Barça Residency Academy USA “is world-renowned soccer club FC Barcelona’s first and only youth residency soccer Barça Academy in the U.S.,” according to the Academy Web site. The Web site also states that 100 percent of academy graduates have earned either professional contracts or university scholarships. Annually, the Academy provides opportunities for selected athletes to train and try out with FC Barcelona in Barcelona, Spain.

Baker attended a tryout camp in August 2020 and ultimately was selected for recruitment into the Academy. Although Baker remained in Guam and spent his first two years of high school at Father Duenas Memorial School, the Academy’s offer for enrollment was still available this year, he said.

“Focus and commitment to quality training consistently are just the starting points for players trying to play at the highest levels possible,” said Dominic Gadia, Guam Football Association Elite Player Development Officer and Baker’s first coach from Guam’s National Program. “Too many players have limited or prevented themselves from achieving this kind of success because they didn’t give 100 percent focus and commitment to their aspirations. If your aspirations are to play at the elite level, you need to operate at the minimum standard first, which is consistent, quality training. Gavin and his family gave that kind of commitment early as he joined and graduated from the GFA National Academy program. He continued his work ethic into the U17 National Team program and is now capitalizing on his opportunity with the Barcelona Residency program.

“The standards of this program will be higher, but Gavin will be ready to rise to that expectation. Nothing is ever guaranteed from just participating in any of these mentioned programs, but players tip the scale more toward success when they give 100 percent focus and commitment to the demands of their aspirations,” Gadia added.

Baker entered the Guam National Program when he was eight years old and credits Gadia for helping him develop technically and make continuous improvements in fundamentals like dribbling, shooting, and passing at a young age, he said. Baker continued with the National Academy program and eventually ascended to the Guam U17 National Program. In addition to training with the Guam National Program, Baker regularly competed in the Aloha Maid Minetgot Cup Elite Youth League with his club teams, while also receiving private coaching from Guam Men’s National Team players Jason Cunliffe and Jonahan Romero through ZES Football. Baker was most recently called up to a Guam U17 National Team training camp from July 12-26 in California. Following the training camp and competition in youth soccer tournaments in California, Baker will officially move to Arizona and check in to the Barça Residency Academy.

The Barça Residency Academy features education provided by the Arizona State University Preparatory Academy combined with full immersion in a professional soccer environment, the Academy Web site states. Barça Residency Academy is one of the founding members of MLS Next, a youth soccer league in the United States and Canada, that is managed, organized and controlled by Major League Soccer (MLS). MLS Next features over 90% of the current U.S. youth national team player pools, the MLS Web site states.

“I would like to thank all my coaches over the years for teaching me the fundamentals and all I know as of now in soccer that later helped me get accepted into the Barça Residency Academy,” Baker said. “My coaches are, from when I started playing at six years old, Pution Mendiola, David Miles, Walter Benavente, Dominic Gadia, Cliff Takano, Duane Pahl, Tetsuo Yamamoto, John Capulong, Jonahan Romero, Jason Cunliffe, Keith Dickson, and now, Sam San Gil, Pete Toves and (Sang Hoon) Kim.

“Also, of course, I’d like to thank my parents, friends, Guam Football Association, and all who continue to support me,” Baker added.

Baker started playing soccer when he was six years old for the ASC Trust Islanders FC. He also later played for Wings FC and one season in the elite youth league for Tumon Typhoons FC.

Baker is the son of Lloyd Jr. and Roanne Baker and has one brother, Carlos, and one sister, Thea. 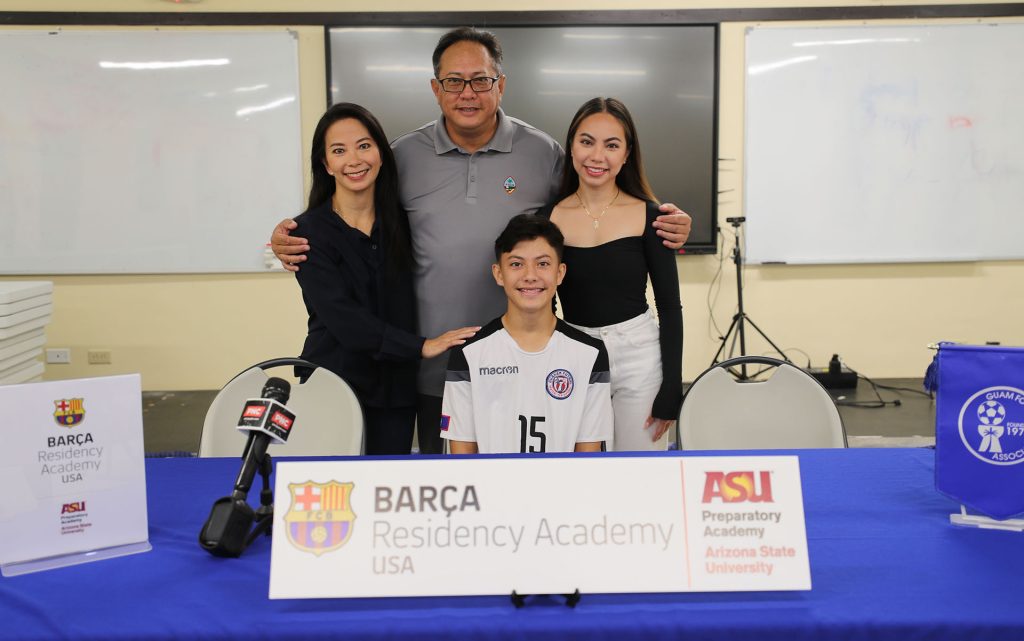 Gavin Baker poses for a photo with his family after announcing his acceptance into the Barça Residency Academy in Arizona during a presentation event Saturday morning at the Guam Football Association National Training Center Lecture Hall. Baker will move to Arizona for his final two years of high school at the Academy. In the photo are, from left to right, Roanne Baker (mother), Lloyd Baker, Jr. (father), Gavin Baker (seated), and Thea Baker (sister).