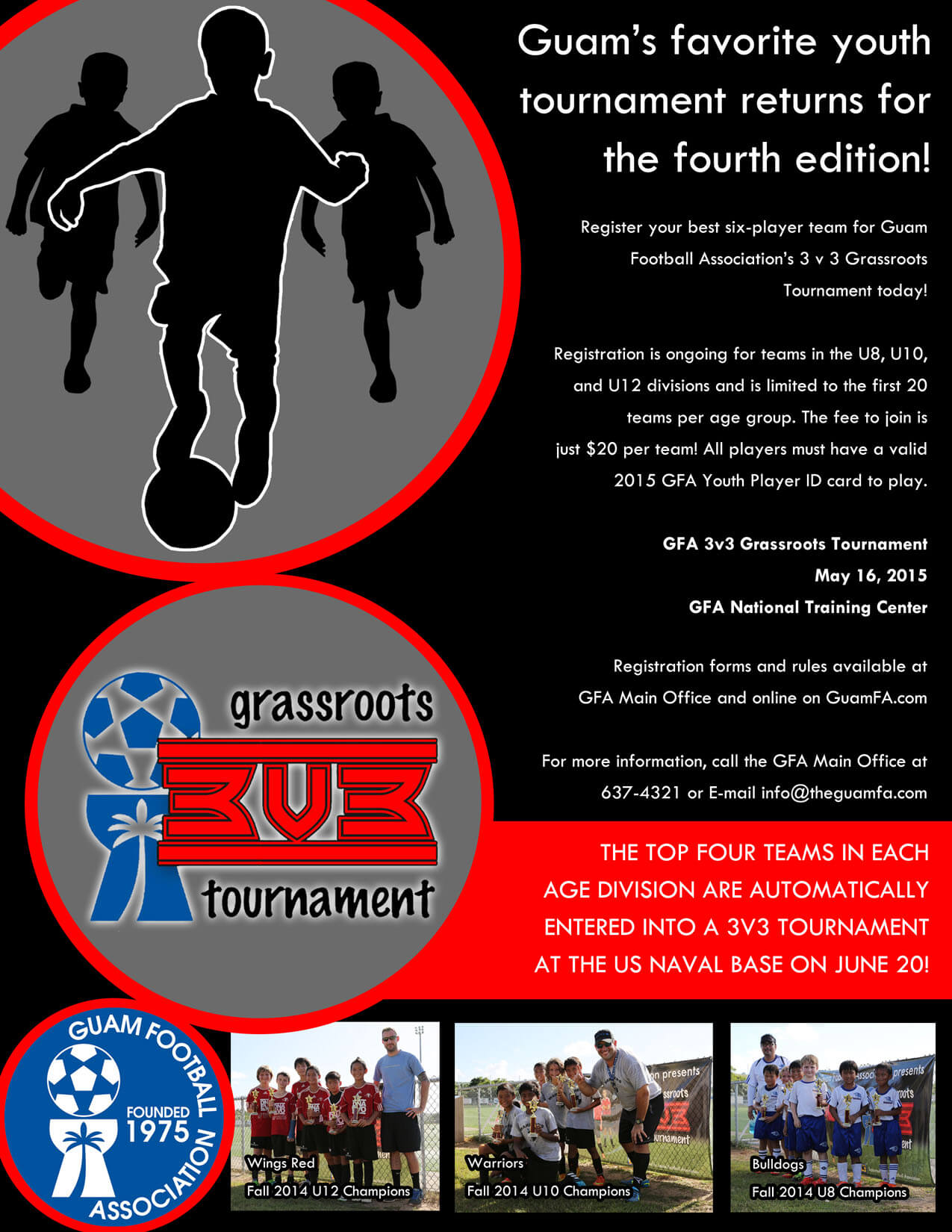 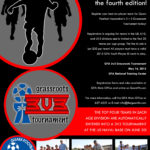 [April 18, 2015 – Harmon, Guam] The fourth edition of the biannual Guam Football Association 3v3 Grassroots Tournament is set for play on May 16 for all youth players between the ages of six and 12 years old.

The fee to join the tournament is just $20 per team and registration is ongoing. Each team will consist of only a maximum of six players and each player must have a valid 2015 GFA Youth Player ID card to play. The teams are not required to be club-based, and any mix of players – girls and boys – is welcome. Registration will be limited to the first 20 teams who sign up and pay the tournament fee in each age division – U8, U10, and U12 – will be entered to play. New this year is an additional tournament scheduled for June 20 at the U.S. Naval Base for all semifinal teams in each age division.

Registration forms are available at the GFA Main Office and online at  http://www.guamfa.com/all-leagues-youth-tournaments-register

Official rules are available at the GFA Main Office and online at http://www.guamfa.com/all-leagues-youth-tournaments-rules

In Fall 2014, Wings Red won the U12 Division, the Warriors won the U10 division and the Bulldogs won the U8 division, with each player on the winning teams receiving trophies.