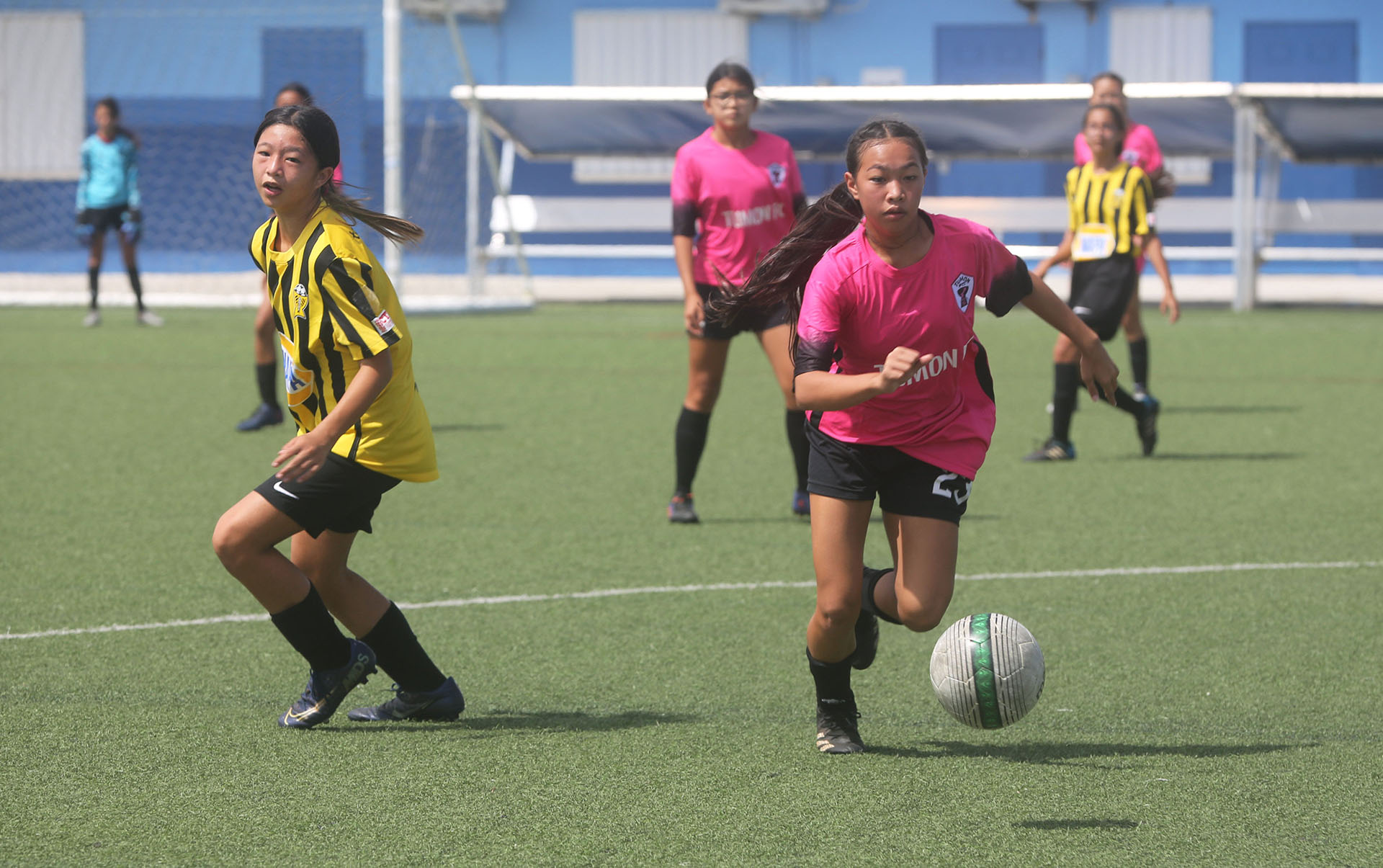 The kickoff of the event is part of Guam’s continued celebration of AFC Women’s Football Day during the month of March, as well as the final component of the Fana’ayuda I Famalao’an, a girls and women’s empowerment program started by GFA last year.

“We started with four clubs expressing interest in putting in teams for the KIA U15 Girls Event, and by the deadline for registration, the number increased to seven clubs,” said Kimberly Sherman, GFA Women’s Football Officer. “We had quite a number of events this month for players in that age group, so it was exciting to see many of the players commit to a club to play in the league for the next few weeks. What we want next after increasing interest and participation is to eventually raise the level of competitiveness in our girls and women’s program. The increasing number of participants at these recreational events will be the foundation and the motivation for us to work toward and achieve our next goal.”

As part of the Fana’ayuda I Famalao’an program, the pilot event in the Triple J Robbie Webber Youth Soccer League is supported by grants from the GEDA Qualifying Certificate Community Contribution Grant Program, which covered team fees to play in the league as well as player registration fees for up to 12 players per club roster. Contributors for this cycle of GEDA QCCC grant funding are Guam Regional Medial City and TNN, Guam dba Tsubaki Hotel.

The first two components of the Fana’ayuda I Famalao’an program were “WE are the Future” coaching and referee workshops for young women held at GFA last year. The mission of GFA’s Fana’ayuda I Famalao’an program is to introduce football in the community as a positive outlet for girls ages 10-18 and to build the self-confidence and hope of participants, while creating a positive impact in their lives and those around them.

“Our vision with the Fana’ayuda I Famalao’an program is to build up and empower girls to become strong women to lead the next generation,” Sherman said. “Through the sport, we will emphasize the importance of positive relationships and role models, education, and living a healthy, active lifestyle. We want the participants to find something that is meaningful to them and to be confident to step on the pitch or any pitch to take on challenges, as well as to try to be the best at anything they put their mind to.”

Last year, Fana’ayuda I Famalao’an participants took part in a weekend of learning coaching methods from course instructor Ross Awa, also GFA Assistant Technical Director. The coaching workshop curriculum included classroom learning, creating training sessions, and executing planned training sessions with players. In the next weekend, participants took part in an officiating workshop with GFA National Referees Erlissa Delfin and Kristina Delos Reyes. Participants learned basic concepts from the Laws of the Game and engaged in outdoor activities to learn more about positioning on the pitch, basic referee signals, fair play, and to recognize Laws of the Game infractions. Participants also had the opportunity to learn about duties of the Assistant Referee and used sessions to gain a better understanding of the offside rule and the usage of the AR flags when communicating with the Referee, among others.

Cayla-Jayden Constantino, a 2021 Southern High School graduate, took part in the first coaching and officiating workshops of the Fana’ayuda I Famalao’an program in the summer last year.

“I definitely enjoyed the outside activities the most, I enjoyed coaching out there and also the reffing, it really opened my eyes to how hard it actually is (to be a referee) because I wasn’t initially prepared for it,” said Constantino after last year’s workshops. “The coaching workshop was actually very fun for me. I liked interacting with the player participants and how they were listening to me; it was also challenging though because I was having trouble catering to the younger division. We were making training sessions for U6 and what seemed simple was quite difficult (out on the pitch).

“I hope GFA can have more events like this for us, even for the younger kids in my former high school girls soccer team, I think they’d really like these kinds of workshops. The workshops would make them open their eyes more about the opportunities in football and also make them more social, seeing how we had to work with so many other girls here,” added Constantino, who most recently played for the Southern Cobras in the Bud Light Women’s Futsal League.

The KIA U15 Girls Event is the third and final component of the Fana’ayuda I Famalao’an program for its first cycle.

In addition to the KIA U15 Girls Event, the Ford U14 Boys and the Honda U17 Boys events kicked off Mar. 26, with matches on Saturdays through to Apr. 30. The most updated schedules for all Triple J Robbie Webber Youth League events is online at https://guamfa.powerupsports.com 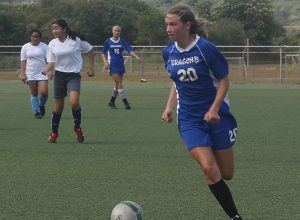 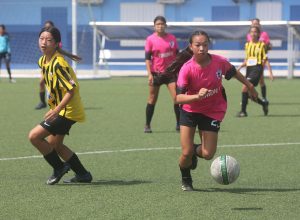 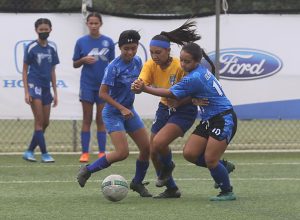 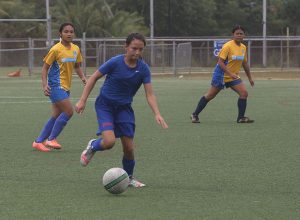 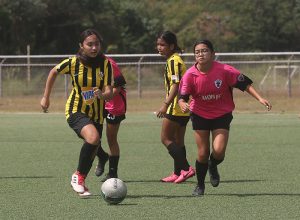 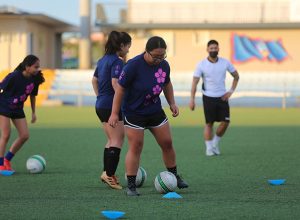 Cayla-Jayden Constantino takes part in an outdoor activity during the Fana’ayuda I Famalao’an “WE are the Future” Football Workshop for Girls held last year at the Guam Football Association National Training Center in this file photo. Fana’ayuda I Famalao’an is a girls and women empowerment program supported by a GEDA Qualifying Certificate Community Contribution Grant with contributors Guam Regional Medical City and TNN, Guam dba Tsubaki Hotel and consists of three components: the “WE are the Future” Girls Coaching Workshop, the “WE are the Future” Girls Referee Workshop, and the KIA U15 Girls Event, a first-time division in the Triple Auto Group Robbie Webber Youth Soccer League, which kicked off Saturday. The two workshops were held in the summer of 2021.