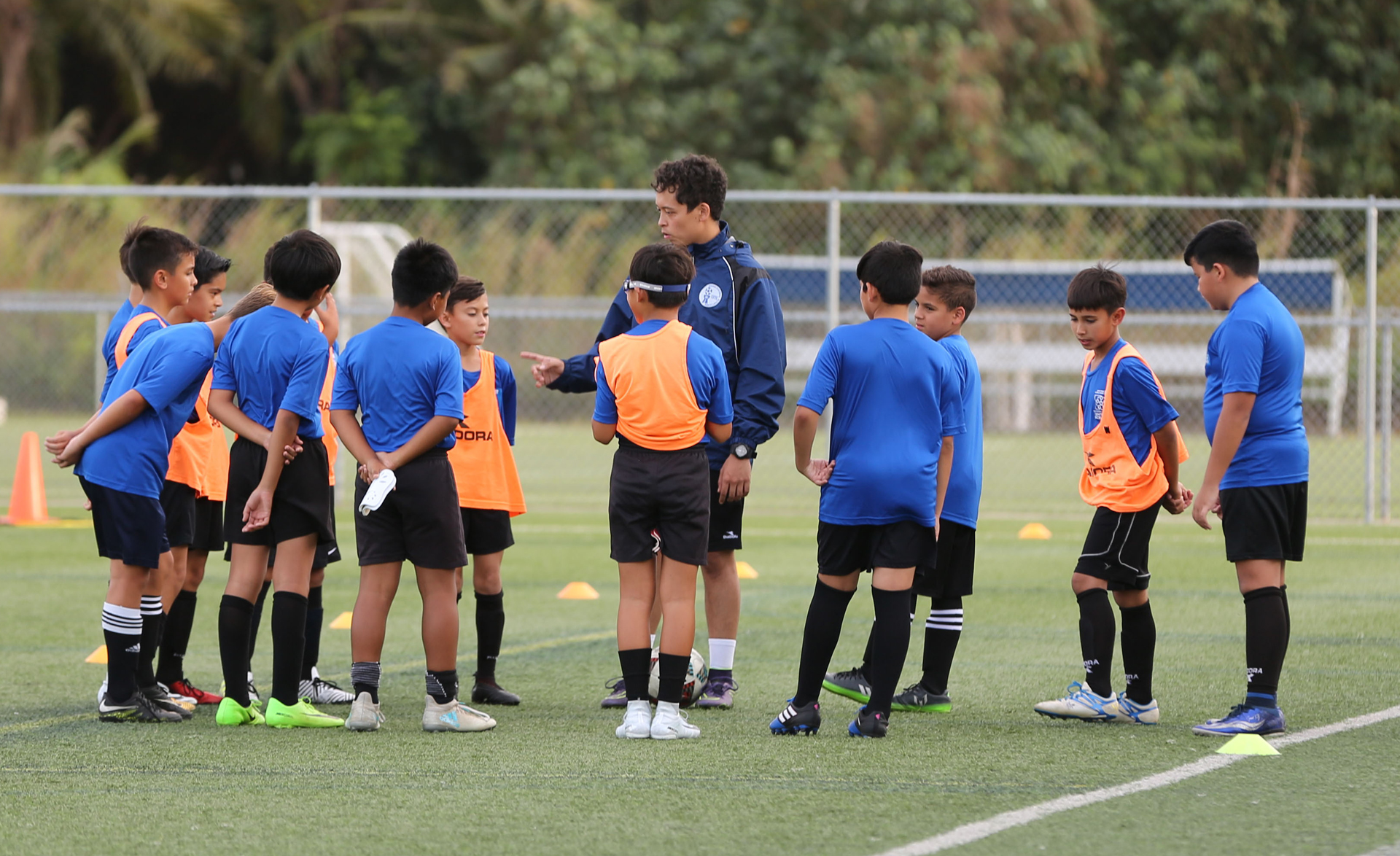 [July 4, 2018 – Harmon, Guam] Guam’s Derrick Cruz is on a mission to become the best football coach he can be to help propel Guam’s national program to higher levels.

Cruz, who earned his AFC “C” License in 2016, was selected by Guam Football Association to take part in the EAFF Youth Football Coaching Course in Beijing, China in late July and next looks to earn his AFC “B” License in a course set to begin in August.

“I very much look forward to attending upcoming coaching courses to help me improve as both a coach and player,” Cruz said. “I’ve learned so much through different education courses I have participated in – I’ve learned about many different aspects of coaching, including various age-appropriate drills to use and proper nutrition for athletes, as well as how to coach properly with efficient session planning.

“For coaches in Guam, I believe that the only way for the island to develop a higher standard of play is to demand a higher standard of play. As coaches, we are the guides for our players, so we have the chance to shape them into better footballers. It may take time to improve as a nation, but one step forward is always better than one step back. It does require commitment on both ends, but with the right environment and encouragement, it shouldn’t be too difficult to achieve,” Cruz added.

Cruz recently finished two cycles with the United Airlines GFA Center of Excellence, formerly known as the National Academy, Guam’s premier youth soccer development program supported by Japan Football Association. Cruz coached the U10 Boys Division and next, coached the U12 Boys Divisions in the Spring 2018 cycle. Cruz hopes to apply coaching methods he will learn at upcoming courses when the Center of Excellence begins its Fall 2018 cycle.

“At the upcoming EAFF Youth Football Coaching Course, I look forward to learning new things about the game of football,” Cruz said. “I hope to learn new methods of coaching as I observe and interact with other coaches from all over East Asia. Attending the course will only help me grow and improve my coaching ability.”

July’s EAFF Youth Football Coaching Course will be held concurrently with the EAFF U15 Boys Tournament. GFA also will be sending Guam’s U15 National Team to compete in the tournament, as well as two national referees, Josiah Elwell and Michael Topasna. Cruz is the lone coach selected by GFA for the course.

“Derrick is a great example of a coach passionate not only about football, but particularly football in Guam,” said Belinda Wilson, GFA Technical Director. “He has been a great asset in our Center of Excellence program and I look forward to tracking his progress as he works to obtain higher levels of coaching certificates through education courses. Coaching is a profession that requires continuous education, as game trends constantly change. I applaud coaches like Derrick who are willing to improve themselves with the overall goal to raise the profile of the sport in Guam and around the world.”

After the EAFF Youth Football Coaching Course, Cruz’s summer of football will extend to include participation in the upcoming AFC “B” Coaching Certificate Course beginning in August with visiting AFC Instructor Yusuke Adachi. Adachi currently is the Elite Development Coach at the Hong Kong Football Association after years as the head coach of Yokohama FC in the Meiji Yasuda J2 League in Japan and a Japan Football Association National Training Center Coach. 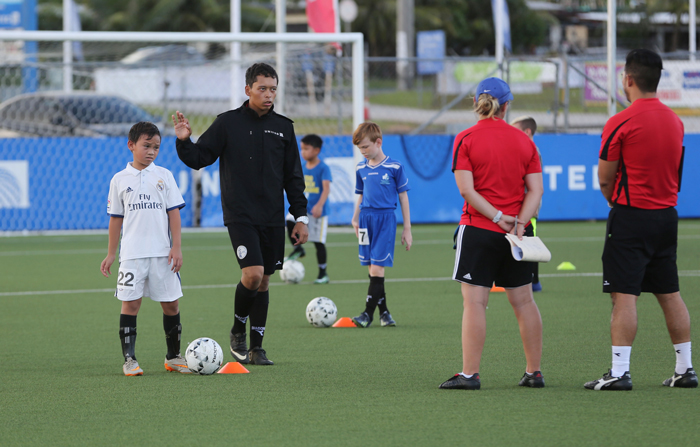 Derrick Cruz, a Boys U12 Division Coach of the United Airlines GFA Center of Excellence, gives instructions to players at the Guam Football Association National Training Center in this file photo. Cruz was selected to take part in the upcoming EAFF Youth Football Coaching Course in Beijing, China in late July and will participate in an upcoming AFC “B” Coaching Certificate Course in August.