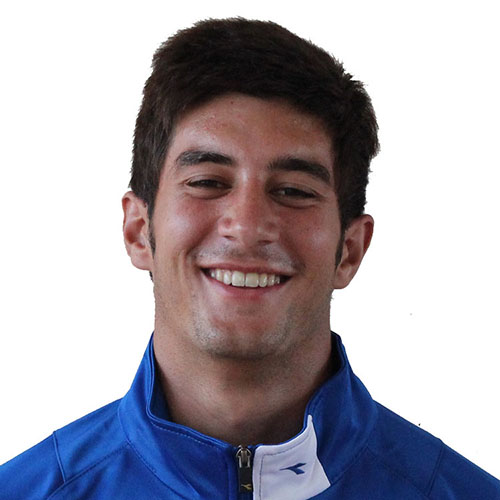 Goalkeeper Dallas Jaye hopes that his recent success in NCAA Division I men’s soccer will translate into continued success for the Matao, when he rejoins the Guam men’s national soccer team for the semifinal round of the East Asian Cup in Hong Kong.

“I am very excited to meet my Matao teammates in Hong Kong next week,” Jaye said via E-mail from Florida. “I have not seen them since July and I am anxious to meet some of the new additions to the team as well. Gaffer (Head coach Gary White) has done an unbelievable job getting the best players to help our island rise in the soccer ranks.

“I hope to contribute the same way I did over the summer. I just want to be the best player I can be and do what my team and my island needs me to do. During our matches this summer, we focused on everyone doing their job on the field. I just want to do my job and help my team win games. The experience I gained through this season with (University of South Florida) is going to help me be the best goalkeeper I can be, and I look forward to competing in Hong Kong with high expectations for the Matao,” the college sophomore added.

Jaye was the starting goalkeeper for the Matao’s FIFA friendly match against the Philippines’ Azkals in June and also tended goal for Guam in its two wins in the East Asian Cup preliminary competition tournament at LeoPalace Guam in July. In the two games the Matao played, Jaye only allowed one goal, while the team went on to score six in the competition to qualify for the semifinal round, which begins Dec. 1 against host Hong Kong at 2:30 p.m. Hong Kong time at Mong Kok Stadium. In the semifinal round, Jaye will be sharing goalkeeping duties with Douglas Herrick, who joined the Matao in September for the Philippines Football Peace Cup. Jaye was credited with Guam’s third shutout victory over a FIFA member nation, 3-0 over Macau, in July. Herrick later was credited with Guam’s fourth shutout victory over a FIFA member nation, also 3-0 over Macau, in September. The team’s former goalkeeper, Brett Maluwelmeng, was credited with Guam’s first two shutout wins over FIFA member nations – a 1-0 win over Mongolia in 2009 and a 2-0 win over American Samoa at the 2011 Pacific Games in Noumea, New Caledonia.

“Dallas’ success in the NCAA Division I Men’s Soccer Championship with his university team is another feat that we at Guam Football Association are very proud of,” said Matao head coach Gary White. “The invaluable experience he gained can only help the Matao when the team moves on to play teams like Hong Kong, Chinese Taipei, DPR Korea and FIFA No. 33 Australia in the semifinal round of the East Asian Cup.”

Jaye helped the USF Bulls earn a spot in the NCAA Division I Men’s Soccer Championship tournament and played over 200 minutes as his team’s starting goalkeeper in two games in the tournament. He played 110 minutes of scoreless soccer guarding his team’s goal against Florida Gulf Coast University in the first round. The team eventually won 5-3 on penalty kicks to advance and play against No. 11 University of Tulsa. The Bulls lost 1-0 in extra time to the Golden Hurricanes and exited the tournament with the loss.

“Suiting up and getting to play two matches in the NCAA championship was a great feeling for me,” Jaye said. “Last season, I did not even make my team’s 21-man roster to suit up for games and had to watch from the stands. I feel very accomplished that I was able to work hard to become the starter for the Bulls in this year’s tournament.

“The most important thing I took away from those two matches was simply the experience. Goalkeepers get better with experience, and I have gained a lot from playing in two, highly competitive, highly dramatic games. The fact that both matches went into (extra time) and one into PKs added to my experience of playing in pressure-packed games with a lot on the line. This experience is only going to help me in the long run,” he added.

The Guam-based team leaves Monday to Hong Kong and will meet with other team members flying directly to Hong Kong for a weeklong training camp. Guam’s tournament opener will be against host Hong Kong Dec. 1. Guam next plays DPR Korea Dec. 3, followed by Chinese Taipei Dec. 5. Guam’s final match will be against Australia Dec. 7 at Hong Kong Stadium.

Replica Diadora jerseys are now available for sale at the GFA main office for Team Guam supporters. Youth, women’s and men’s sizes are available in limited quantities. For more information about the tournament or replica jerseys, call the GFA main office at 637 4321 or E-mail [email protected] 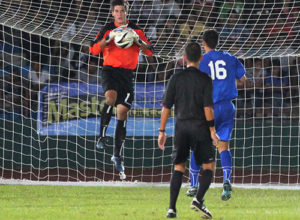 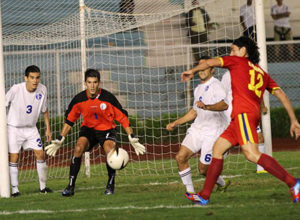 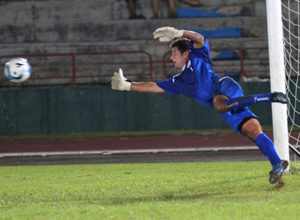 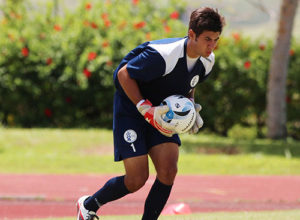