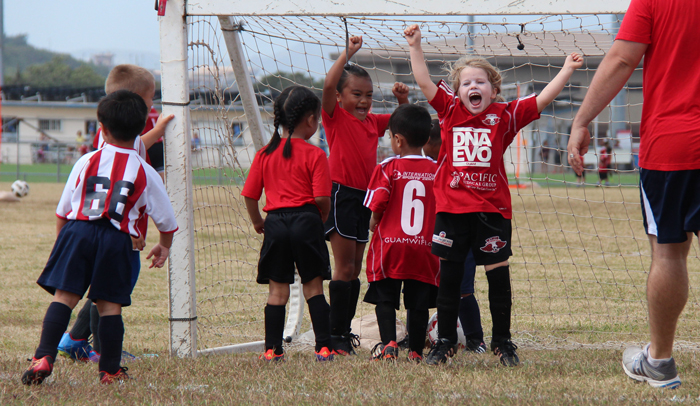 “I was excited to play again in the youth league,” said 11-year-old Daneeka Ungacta of the ASC Trust Islanders Betde. “Even though we didn’t win today, scoring a goal for my team felt amazing – it was the first time I ever scored a goal in the first game of the season.”

On another U12 field, 10-year-old Zion Quitugua of the Strykers FC found several opportunities to score and finished most of them. Quitugua played up an age division last season with the Strykers U12B team in a 9-A-Side format with the offside rule in effect. This season, the U12 division is played in a 7-A-Side format without the offside rule and on a smaller-sized field, particularly for those transitioning up from last year’s U10 division.

Quitugua, who also has been part of the United Airlines GFA National Academy since 2012, hopes to do well in this week’s tryout for selection to the program.

In the U17A division, the Islanders Betde edged Quality Distributors Red 3-2 with goals from Mike Mira, Leon Bamba and a Quality own goal. James Jeong and Tara Usita-Lee scored for Quality. Wings Black defeated Sidekick SC 8-0 with a hat trick from Tyler Presto, two from Takumi Ito, and one each from Takumi Kishi, Sena Morimoto, and Yae Kawauchi. Jordan Jasmin finished with a hat trick and teammate Ricky Katsumata also scored in the Wings Red’s 4-0 victory over the Strykers. The Islanders Asut defeated the Cobras 4-1 with goals from Kennedy Macatuno, Aaron Roque, Rai Santos, and Andrew Gonzalez. Francisco Aquiningoc scored for the Cobras.

Before the opening whistle of the first youth league matches, a moment of silence was held in honor of Siegfried “Dove” Mortera, a coach with the Orange Crushers, who had passed away recently. 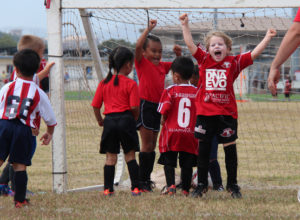 The Wings celebrate a goal against the Strykers FC in a U6 division match of the Triple J Auto Group Robbie Webber Youth Soccer League at the Guam Football Association National Training Center. 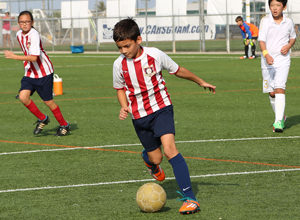 The Strykers FC’s Zion Quitugua makes his way to the goal against the Tigers in a U12A division match of the Triple J Auto Group Robbie Webber Youth Soccer League at the Guam Football Association National Training Center. 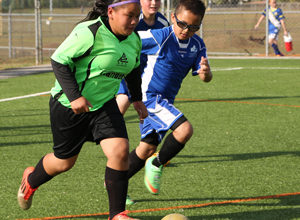 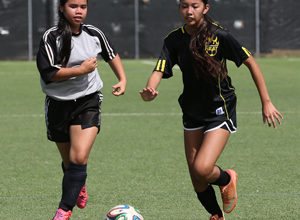 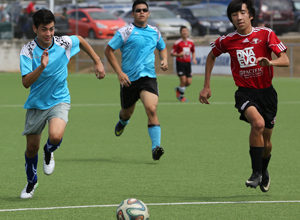 The Sidekick SC’s Giancarlo Abril and the Wings Black’s Takumi Odell get in a footrace to the ball in a U17A division match of the Triple J Auto Group Robbie Webber Youth Soccer League at the Guam Football Association National Training Center. Wings Black won 8-0. 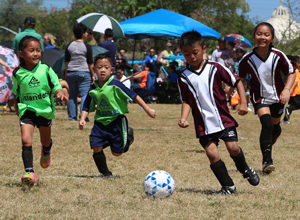 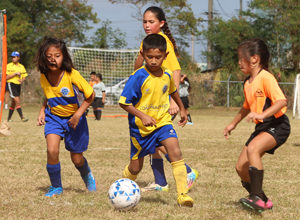 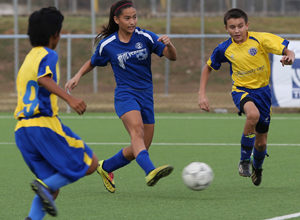 The Guam Shipyard Wolverines’ Chloe Salas sends a shot to the goal ahead of the defense of Community First Dededo Soccer Club’s Joey Green in a U14 division match of the Triple J Auto Group Robbie Webber Youth Soccer League at the Guam Football Association National Training Center. The Wolverines won 7-0.