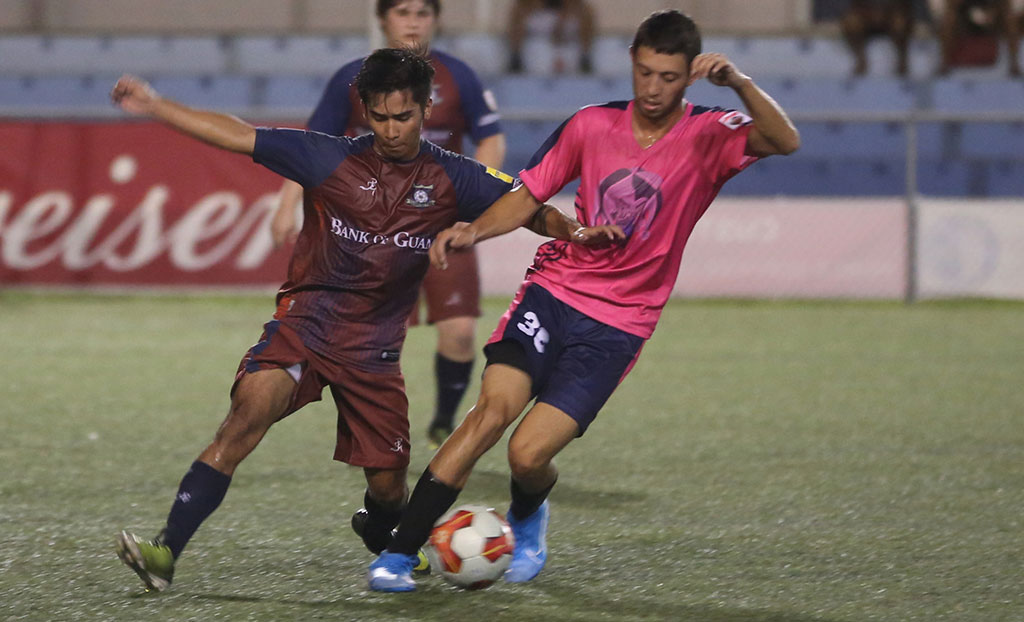 [November 13, 2019 – Harmon, Guam] The Budweiser Soccer League Premier Division takes a week break for the continuation of the FIFA World Cup Qatar 2022™ Qualifier of the Asian zone Round 2 which will feature the Matao, Guam Men’s National Team, against the Maldives on Nov. 19 in the Maldives.

Through the break, the Bank of Guam Strykers remain on top of division standings, slipping past the Lots of Art Tattoo Heat 4-3 in a Week 4 match Saturday at the Guam Football Association National Training Center.

Marcus Lopez scored the eventual game winner in the contest in the 73rd minute completing a hat trick in the win. Scott Spindel scored the Strykers’ other goal. Lance Chargualaf, Jason Miller and Riley Jones Taijeron scored for LOA Heat.

In other matches, the University of Guam Tritons rallied from two goals down to force a 3-3 draw with Quality Distributors FC.

The NAPA Rovers defeated the Islanders FC 7-1 with two goals each from Jamie Arias and Devan Mendiola. Mark Chargualaf and Matt Robles contributed one goal each in the win. The Rovers’ other goal came on an Islanders own goal in the 33rd minute. Eddie Cho scored the Islanders’ lone goal.

In Amateur Division matches, the Omega Warriors picked up their first win of the season in a Week 4 against the NAPA Rovers II, 3-1. Vincent Cruz, Se Rah Lee, and Joseph Quan each scored for the Warriors and Juven Roales scored the Rovers’ lone goal.

In other matches, the GWM Bombers defeated the Crushers FC 3-0 with goals from Ivan Aguilar, Josue Sanchez, and Travis Elswick.

The Islanders FC II defeated the Bank of Guam Strykers II via forfeit.

Amateur Division and Masters Division matches continue this week. Full schedules for all divisions are online at http://www.guamfa.com/all-leagues-mens-regular-results

Kicking off Sunday is the Premier Division of the Bud Light Women’s Soccer League with matches starting at 3:30 p.m.

Quality Distributors FC face off against the Islanders FC at 3:30 p.m. followed by the Bank of Guam Lady Strykers against the University of Guam Lady Tritons at 5:30 p.m. Guam Shipyard Women’s play the 7:30 p.m. match against Heavy Hitters/Nutrition Mission Heat.

All matches will be played at the GFA National Training Center. 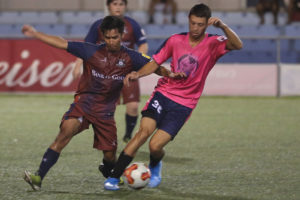 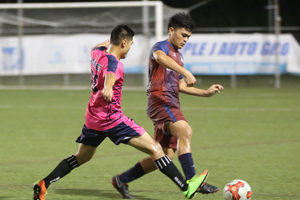 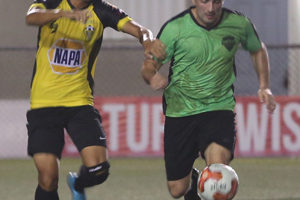 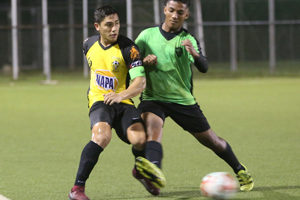 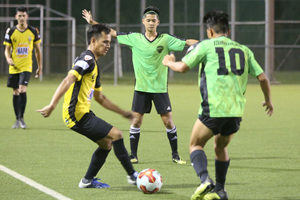 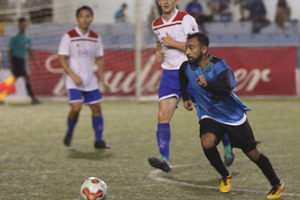 University of Guam Tritons’ Shashikant Kotwal looks ahead to the goal against Quality Distributors FC in a Week 4 match of the Budweiser Soccer League Premier Division Saturday at the Guam Football Association National Training Center. UOG and Quality settled for a 3-3 draw. Photo by Samantha Bautista / GFA