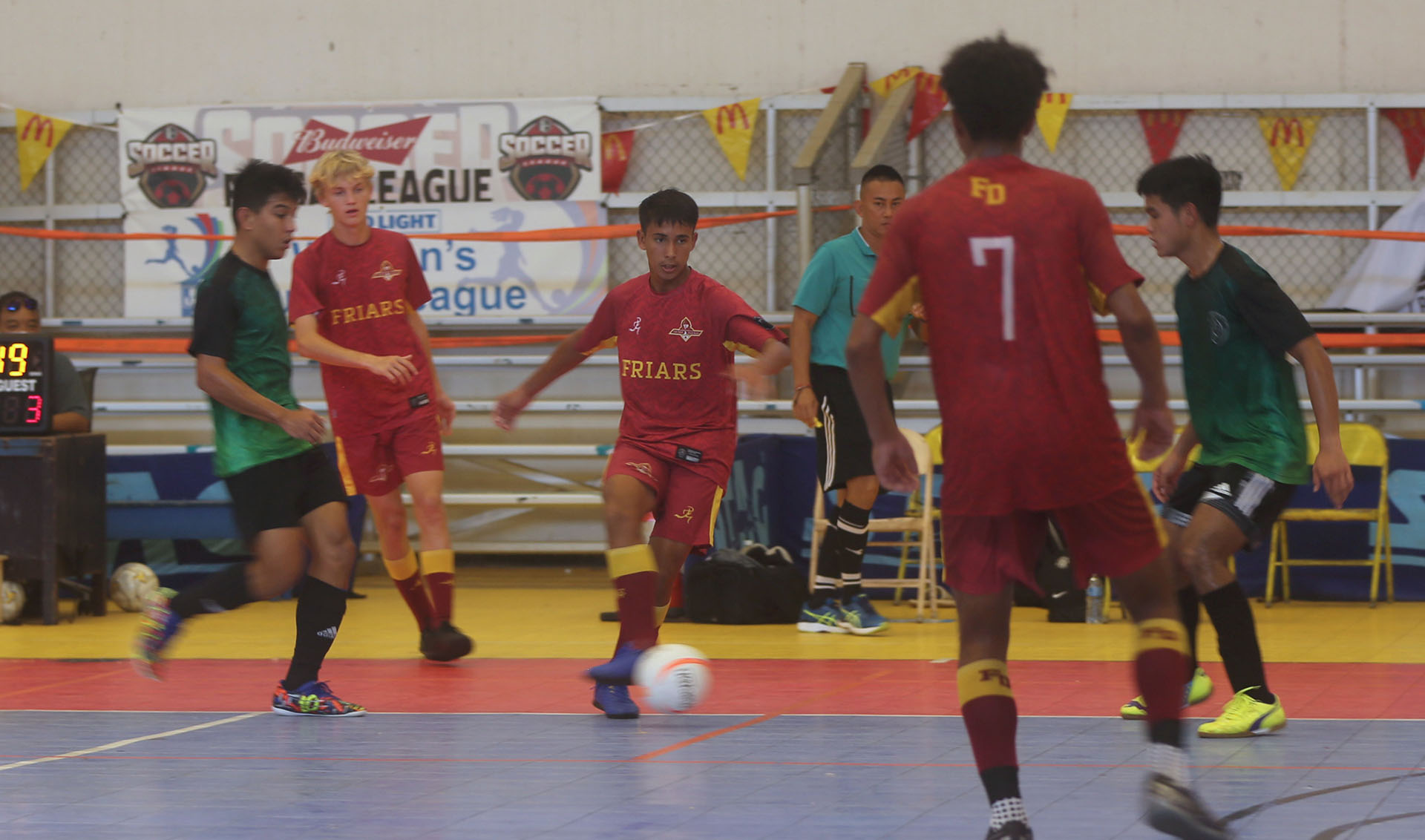 In the first semifinal match, No. 2 Guam Shipyard will take on No. 3 Islanders FC followed by the undefeated No. 1 Bank of Guam Strykers against No. 4 NAPA Rovers FC.

Both matches will be available to watch via Internet Live Stream:

No. 2 Guam Shipyard vs No. 3 Islanders FC at 6:30 p.m.: https://mycujoo.tv/view/event/ckqepemgtf6ox0hbyucwjze7o?src=CPT_SVF

In the Islanders’ final match of the regular season Sunday afternoon, a slim 7-6 win over the Friars Football Club secured the team’s semifinal berth, finishing at the No. 3 position with a 7-3 record. 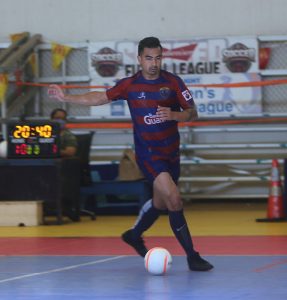 In other matches played Sunday, the Bank of Guam Strykers defeated Mosa’s 17-1 thanks to a 15-goal haul from the league’s Golden Boot winner Marcus Lopez. Shane Healy and Isiah Lagutang also scored for the Strykers. Lance Chargualaf scored Mosa’s lone goal in the contest.

The Sidekicks FC (6-3-1) just missed finishing in the league’s top four despite a 25-8 win over the Orange Crushers FC Sunday afternoon. Michael Rosario led all scorers with a double hat trick. Other goal scorers were Kristian Cruz with five, Napu Mesa with four, Jerran Lizama with three and Derrick Cruz, Andrew Gonzalez, and Sampson Sheppard with two each. The Sidekicks’ other goal came on a Crushers own goal. Tristan Guile, Justin Samonte, and Vince Espinal each scored two goals for the Crushers and Joseph Kim scored once. The Crushers’ other goal came on a Sidekicks own goal.

No. 2 Guam Shipyard added a win to its record with a forfeit win over Haagen Dazs and No. 4 NAPA Rovers FC also won following a forfeit by Wings FC.

Marcus Lopez won the league’s Golden Boot award with 42 goals, thanks to a 15-goal haul Sunday. Scott Spindel finished in second place in the race with 36 goals for the season, followed by Ashton Surber with 19 goals.

The Wings FC won the league’s Fair Play Award with zero cautions during the regular season.

The final standings for the league are available online: https://guamfa.com/gfa-programs/all-leagues/mens/futsal/schedules-and-results/

Following Friday evening’s semifinal matches, the winners will compete in the league’s Championship Match, kicking off at 4:30 p.m. Sunday. Losing teams will compete for third place in a consolation match at 3 p.m. Both matches will be played at the Guam Sports Complex Gym. An awards presentation will be held Sunday after the matches. 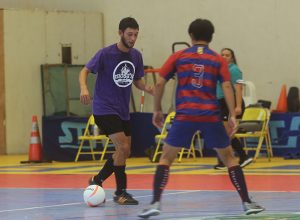 Mosa’s Jason Miller attempts to advance the ball in a Week 12 match of the Budweiser Men’s Futsal League against the Bank of Guam Strykers Sunday afternoon at the Guam Sports Complex Gym. The Strykers won 17-1. Photo by Samantha Bautista / GFA 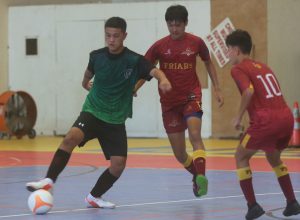 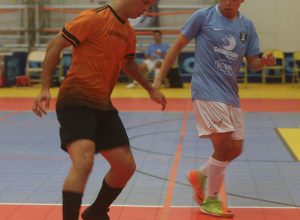 The Orange Crushers FC and the Sidekicks FC play in a Week 12 match of the Budweiser Men’s Futsal League Sunday afternoon at the Guam Sports Complex Gym. The Sidekicks won 25-8. Photo by Samantha Bautista / GFA