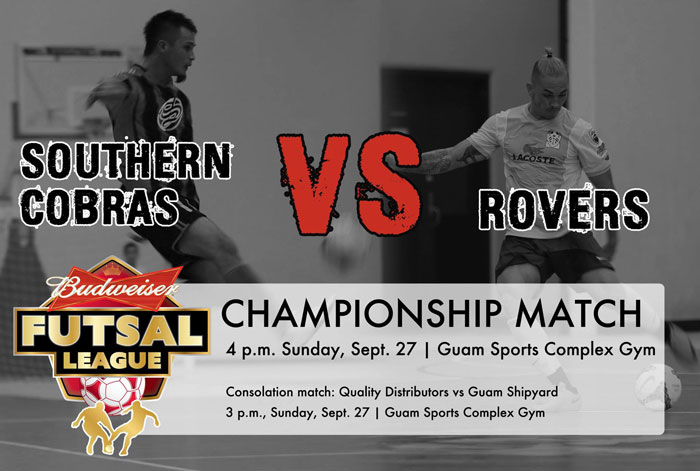 [September 20, 2015 – Harmon, Guam] – Due to weather affecting the playing surface at the Guam Sports Complex Gym, the Budweiser Men’s Futsal League championship and consolation matches have been moved to Sunday, Sept. 27 – the Southern Cobras vs Rovers championship match is scheduled for 4 p.m. The consolation match between Guam Shipyard and Quality Distributors will kick off at 3 p.m.

In the Rovers’ previous meeting with the Cobras, the No. 1-ranked team won 11-8.